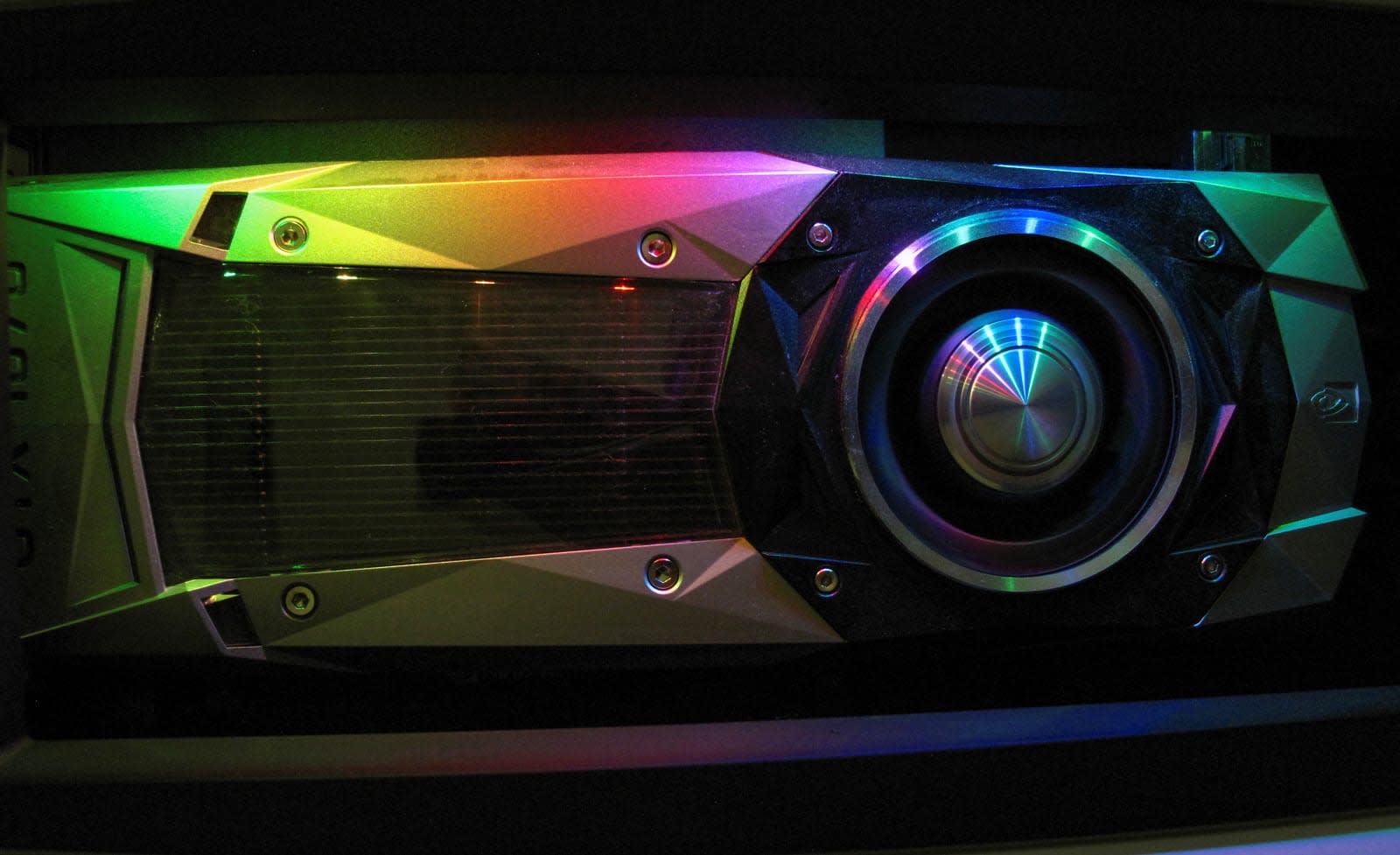 By holding a rare solo press conference at Gamescom 2018, NVIDIA is offering a pretty good clue about what it will announce. Thanks to the inevitable leaks, we know it'll likely take the wraps off its latest consumer gaming graphics cards, including the flagship GeForce RTX 2080 Ti. All signs point to Turing-based GPUs with ray-tracing tech (hence RTX rather than GTX) that will make games more realistic -- much like we just saw with its professional Quadro cards.

For the 2080 Ti, expect big performance bumps, thanks to the first ever use of GDDR6 memory, along with a beastly 4,352 CUDA cores. You'll reportedly pay around $1,000 for the card and more in power bills, as the 2080 Ti reportedly gulps 285 watts of power.

NVIDIA will reportedly also unveil the GeForce GTX 2070 and 2060. To give an idea of performance, the latter packs the punch of the current NVIDIA GTX 1080, according to some leaked tests. To find out if all of this is accurate, tune in below at 12:00 PM ET (mid-day) or hit NVIDIA's Twitch channel.

In this article: Gamescom2018, gear, GeForce, GPUs, GraphicsCards, GTX2080, nvidia, personal computing, personalcomputing, Twitch, video
All products recommended by Engadget are selected by our editorial team, independent of our parent company. Some of our stories include affiliate links. If you buy something through one of these links, we may earn an affiliate commission.