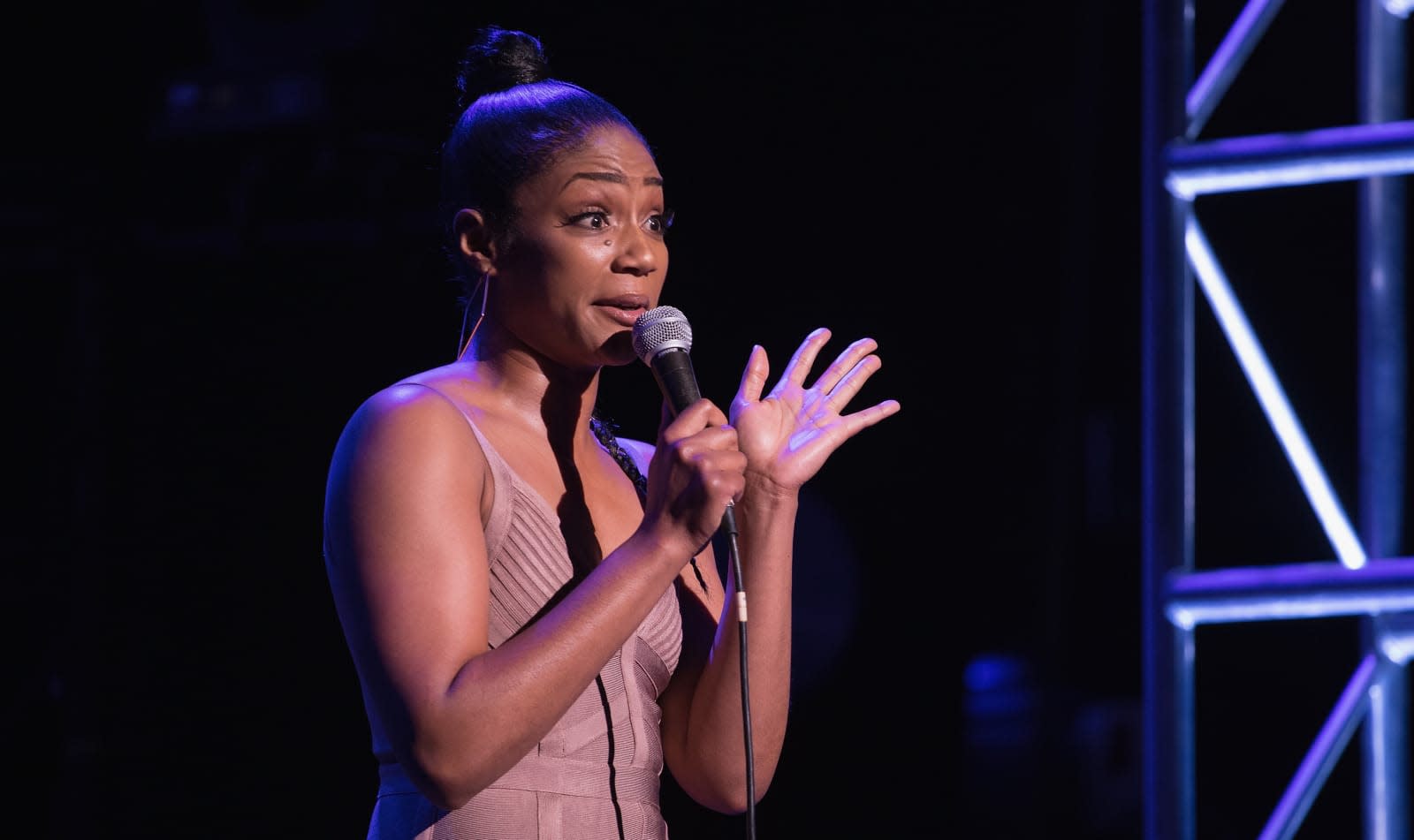 Over the last few years Netflix has become a leading player in stand-up comedy, and now it's announced that next year Tiffany Haddish will record an hour-long special for the service. Her profile exploded with the hit movie Girls Trip plus a role in The Last O.G. on TBS, and she's already linked to Netflix for a new animated series, Tuca & Bertie, from the team behind Bojack Horseman. She'll voice a toucan on that show while Ali Wong, who already has two well-regarded Netflix specials under her belt, will co-star.

Netflix VP of Original Documentary and Comedy Lisa Nishimura said in a statement that "she's an incredible artist who is winning over audiences while breaking barriers." The service has already locked up specials from massive names like Ellen Degeneres, Dave Chappelle, Chris Rock, Jerry Seinfeld and more, as well as serving as a platform for lesser-known comics to reach international audiences. Earlier this year Mo'Nique famously disagreed with Netflix's proposed payment for a stand-up special, but clearly it was able to find a balance with Haddish, and when her special is released later next year we'll all know how it turned out.

In this article: entertainment, services, tiffanyhaddish
All products recommended by Engadget are selected by our editorial team, independent of our parent company. Some of our stories include affiliate links. If you buy something through one of these links, we may earn an affiliate commission.