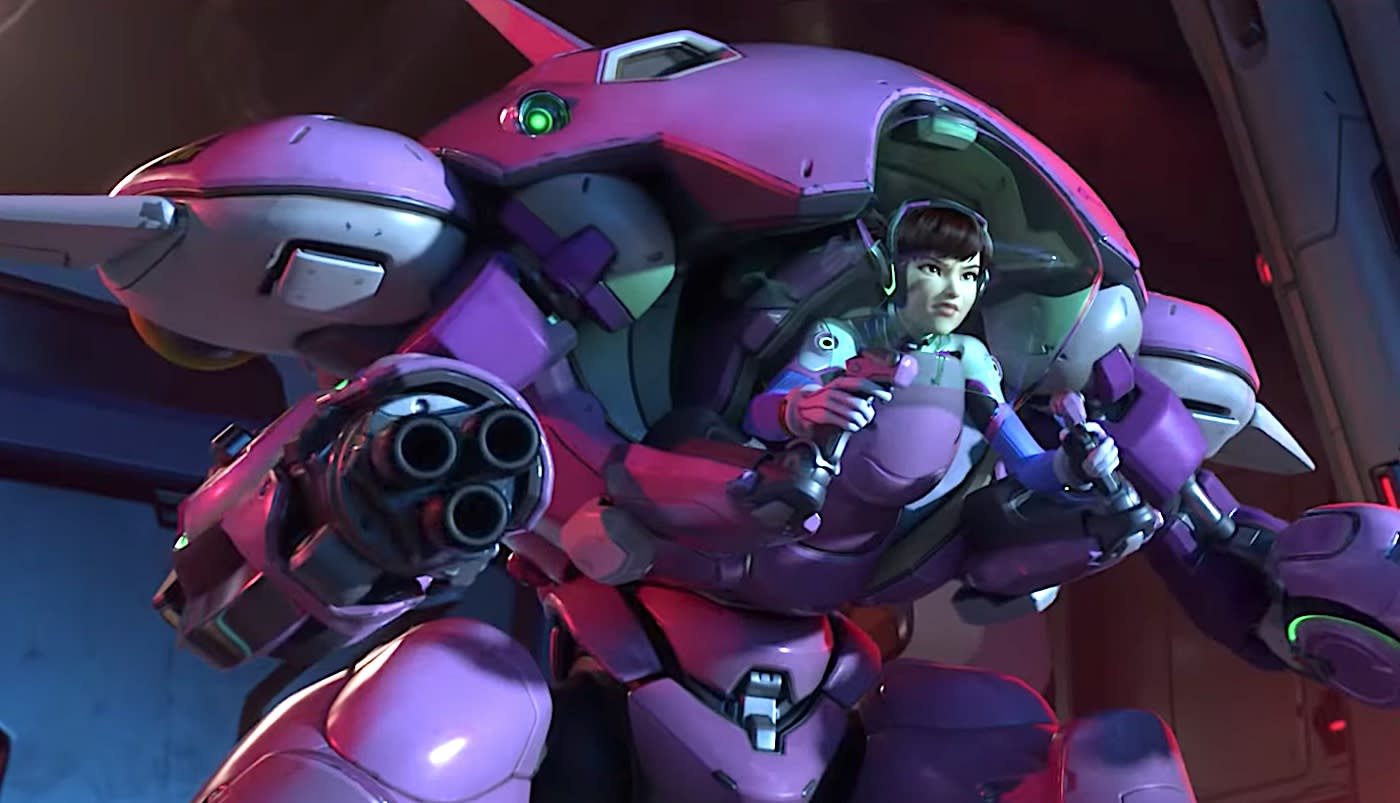 No one in gaming does CGI cinematics quite like Blizzard. The latest Overwatch short focuses on D.Va and the weight of her feeling like she's the only person who can fight against Omnic. Without giving too much away, the results are heartwarming and a little bit explosive. More than that, there are some overt themes about it being okay to ask for help (like when you're moving the payload) present as well. There might even be a few teases about what's next for the Korean esports star if you look close enough.

In terms of what's next for Overwatch itself, another arena has been added to the Public Test Realm. The expansive "Busan" mixes traditional Asian architecture with modern life, in a map set in D.Va's home country. Busan was designed for the control gametype with a trio of distinct sections: the serene Sanctuary area replete with temples and gardens, Downtown and the MEKA squad's base. Yep, you'll get to fight it out in D.Va's office.

It usually doesn't take too long for the maps to go from the PTR to public play, so if you want an early advantage, you might want to fire up your PC sooner rather than later.

In this article: beta, blizzard, BlizzardEntertainment, dva, esports, gaming, internet, korea, overwatch, pc, pcgaming, playstation, playstation4, video, xbox, xboxone
All products recommended by Engadget are selected by our editorial team, independent of our parent company. Some of our stories include affiliate links. If you buy something through one of these links, we may earn an affiliate commission.