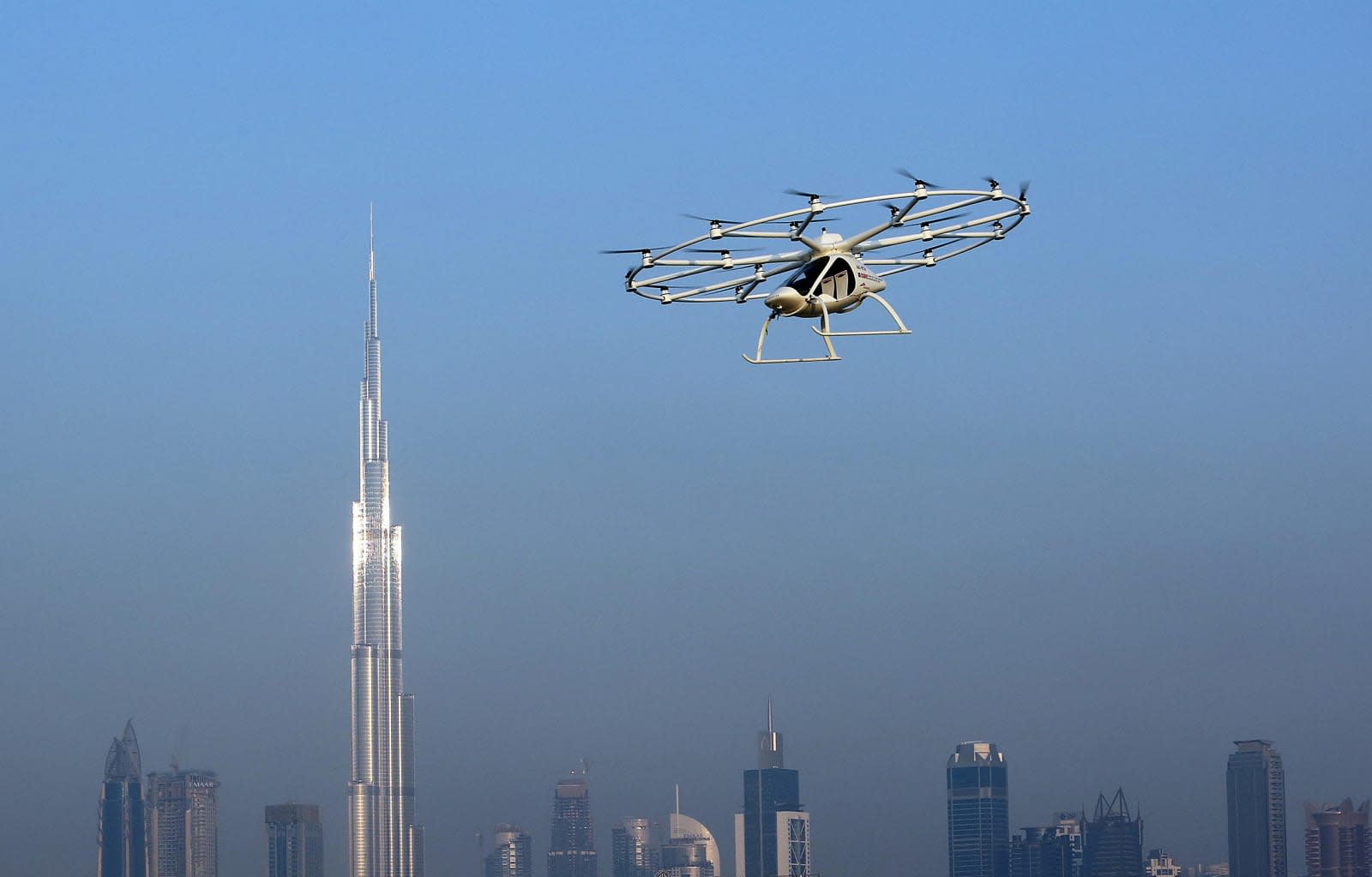 Japan wants to bring flying taxis into the mainstream over the next decade and it's putting together a government-led group in order to do so, Bloomberg reports. The country's trade ministry said to today that the group will bring together at least 21 businesses including Uber, Boeing, Airbus, Japan Airlines and Toyota-backed Cartivator, which will meet next week to discuss plans going forward. For its part, the government will work on ways to regulate these sorts of vehicles. "The Japanese government will provide appropriate support to help realize the concept of flying cars, such as creation of acceptable rules," the ministry said.

A number of companies are already working on various versions of flying taxis. Rolls-Royce unveiled its Electric Vertical Take Off and Landing concept last month and Airbus' Vahana took its first flight in January. Volocopter, which is backed by Daimler, has been testing its flying vehicle in Dubai while Passenger Drone and EHang have been busy conducting flights with passengers. Porsche has said it wants to get in the game as well. And Uber has five aerospace companies partnering with it on its flying taxi project while Terrafugia, owned by Volvo parent company Geely, says it plans to have its Transition ready for sale next year. Larry Page's Kitty Hawk company also unveiled its Cora air taxi earlier this year.

In this article: airbus, airtaxi, autonomous, boeing, Cartivator, FlyingCar, FlyingTaxi, gear, government, japan, JapanAirlines, transportation, uber
All products recommended by Engadget are selected by our editorial team, independent of our parent company. Some of our stories include affiliate links. If you buy something through one of these links, we may earn an affiliate commission.