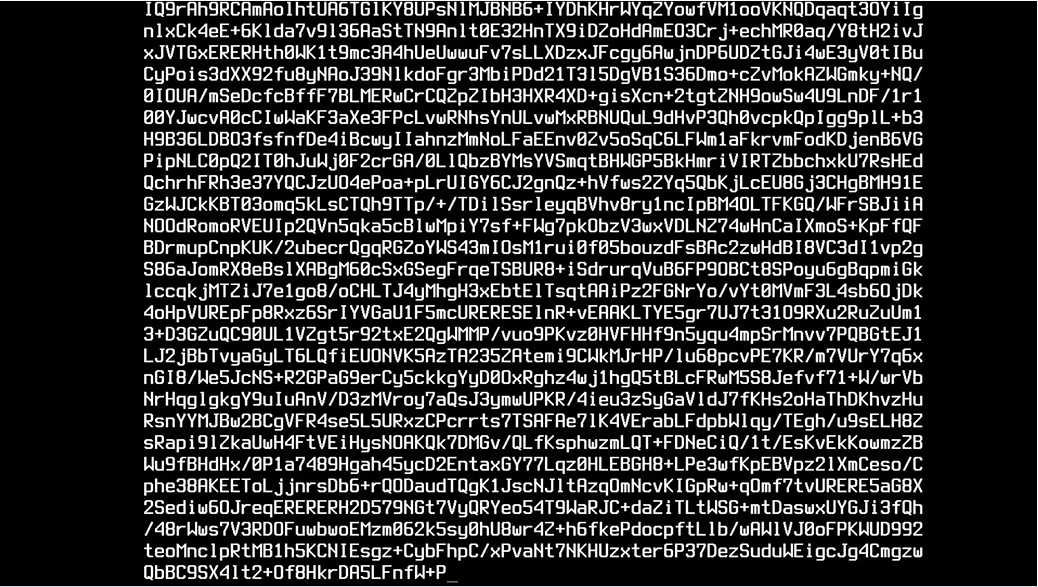 The hottest ticket on Twitch Monday morning wasn't Fortnite star Ninja, for once. It was a seemingly endless list of garbled letters, numbers and punctuation, which more than 50,000 people were watching. They were hoping that the stream, from The Witcher developer CD Projekt Red, would eventually give them some more details about the hotly-anticipated game, Cyberpunk 2077 (the game's title is noted in the stream). The wall of text is still going, and the stream's title, "Data Transmission in Progress," indicates that something is imminent, most likely a full trailer.

As things stand, though, it's a whole lot of nothing. A small city worth of people are taking some time out of their Mondays to watch a screed of text, crossing their fingers that it will eventually lead to a trailer or some gameplay footage they can watch on YouTube later anyway. Given the hype about Cyberpunk 2077, and that precious few people have actually seen it in action beyond a teaser, the high viewership is kinda understandable. But right now, it's like the Twitch version of "stand by for news."

Update, 3:00PM ET: As expected, we got a deeper look at Cyberpunk 2077. But rather than a simple trailer, viewers were treated to a whopping 48 minutes of gameplay, which you can check out here.

In this article: av, cdprojektred, cyberpunk2077, gaming, streaming, twitch
All products recommended by Engadget are selected by our editorial team, independent of our parent company. Some of our stories include affiliate links. If you buy something through one of these links, we may earn an affiliate commission.