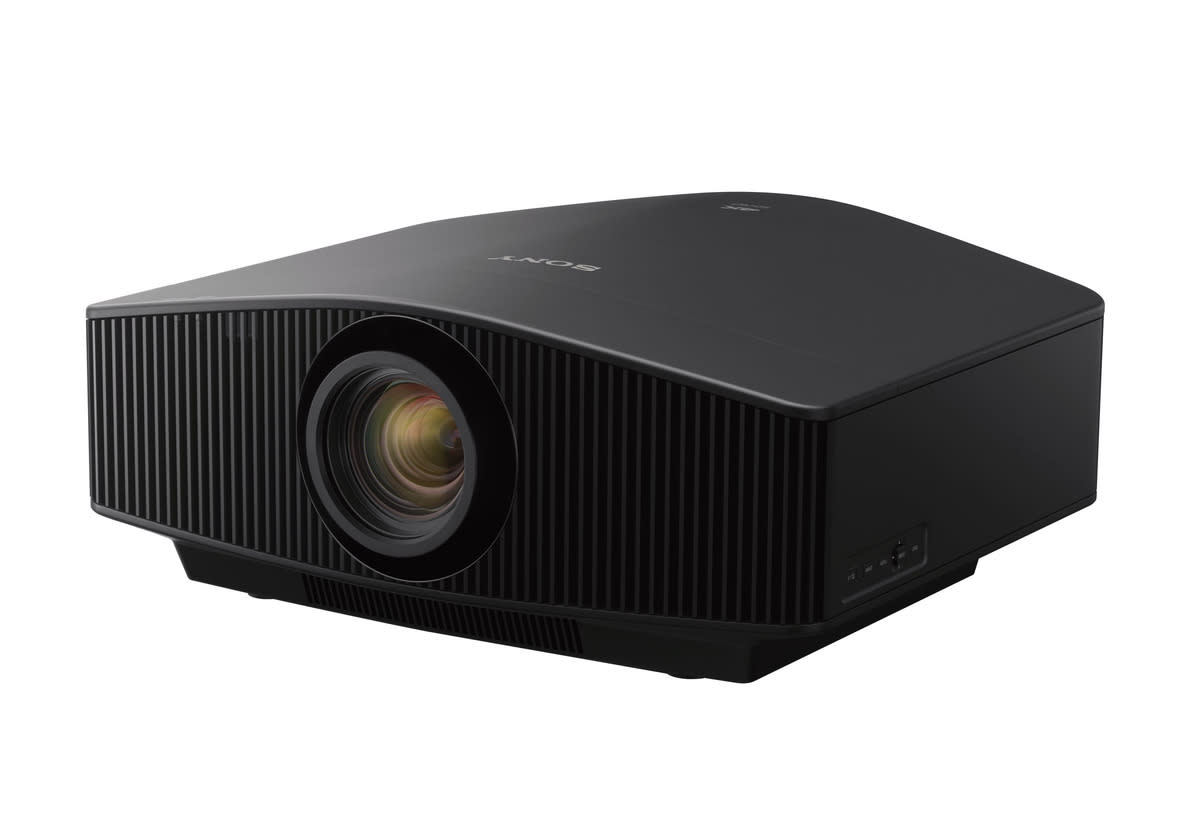 Sony has unveiled three new 4K projectors with some nice features for gamers, sports fans and cinephiles, if you can afford them. The new models offer true 4K at 60 fps (not pixel-shifted 4K, as with Benq's HT-2550 and other budget models), 10-bit color and HDR capability, perfect for 4K Blu-ray and Netflix streaming. They're also better for gaming, thanks to a new "lag-reduction" feature, though Sony didn't specify exactly how much better. Finally, there's a new 4K "Motionflow" frame-smoothing feature, which is terrible for movies (seriously, turn that off) but better suited for fast-moving sports.

The top-of-the-line model is the VPL-VW870ES, which uses a 4K laser light source and 18-piece all-glass "ARC-F" lens for extra-crispy images. It packs 2,200 lumens of brightness, which might not seem very bright compared with other models. However, Sony tends to be more honest than most manufacturers with that particular spec, so expect it to be bright enough for most viewing, even with some daylight in the room. It also packs Sony's special "dual contrast control engine," which assures excellent contrast for games and movies.

The other two models, the VPL-VW570ES and VPL-VW270ES, are "lower-end," but they replace models that cost around €5,000 and €4,000, respectively, Sony said. The main differences are that the first model packs 1,800 lumens of brightness, while the latter can pump out 1,500 lumens. Again, take other manufacturers' higher lumen claims with a lot of salt compared with Sony's.

The projectors were unveiled at IFA in Berlin, so they'll probably be available only in Europe. Expect similar models in the US at some point, however. Pricing has yet to be announced, but as mentioned, the lower-range projectors replace €5,000 and €4,000 models, so the high-end model will likely be well north of that, price-wise. All models come in either black or white; the laser-powered VPL-VW870ES will arrive in November, and the other two models in October.

In this article: 10-bit, 4K, Arc-F, av, gear, HDR, IFA2018, Projectors, sony, VPL-VW270ES, VPL-VW570ES, VPL-VW870ES
All products recommended by Engadget are selected by our editorial team, independent of our parent company. Some of our stories include affiliate links. If you buy something through one of these links, we may earn an affiliate commission.