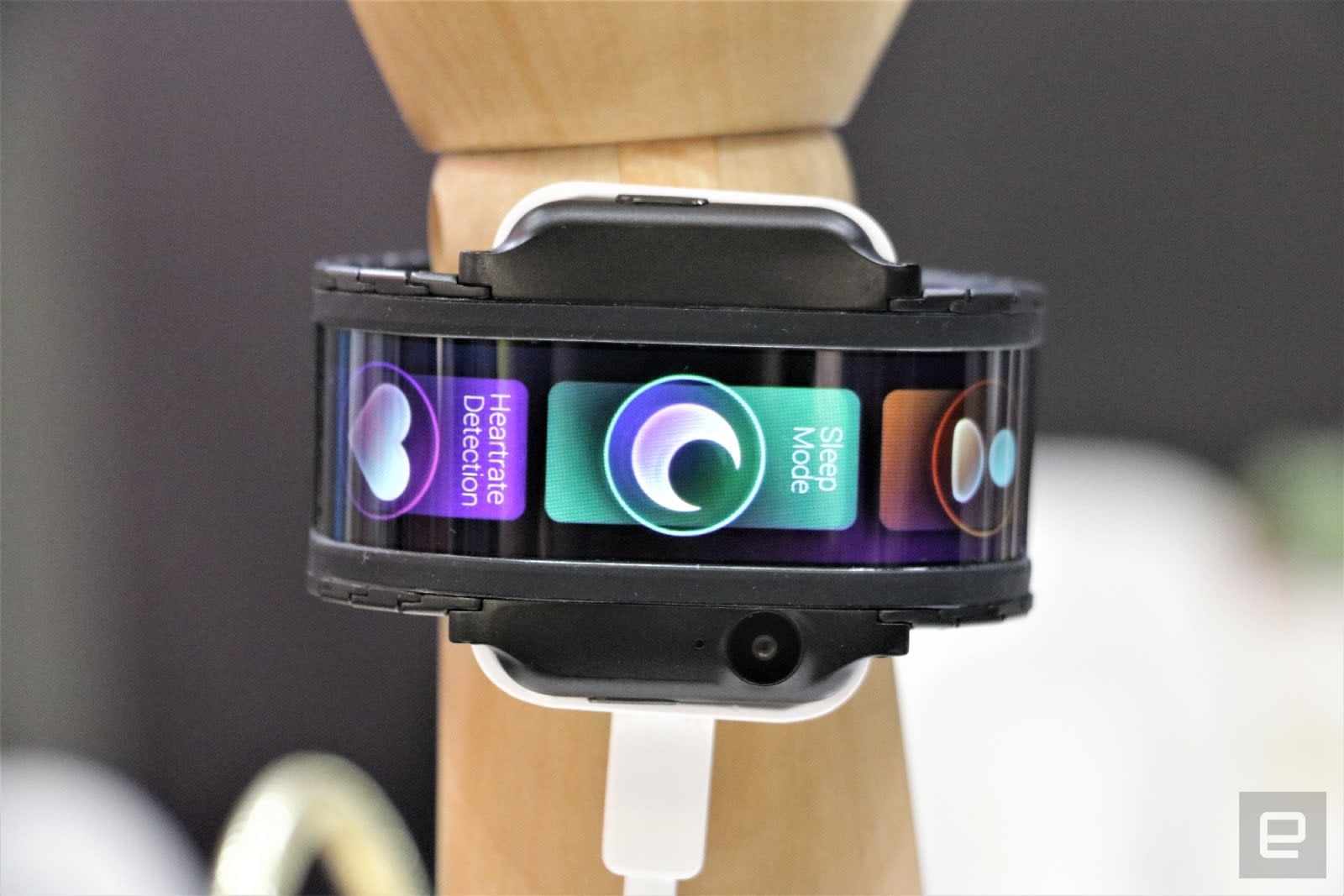 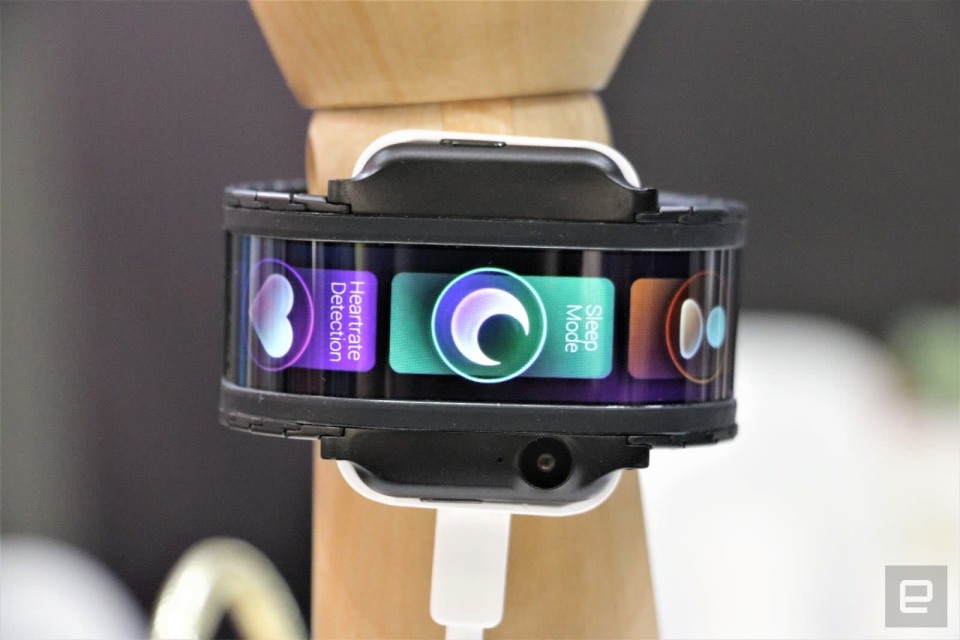 Just as Google is making Wear OS feel less like a smartphone system squeezed onto a watch, ZTE spinoff Nubia wants to slap a full phone on your wrist. At IFA 2018, the company unveiled a prototype device called the Nubia-A, which it's touting as a "wearable smartphone". That, to me, means smartwatch, but given the way companies like Apple, Google and Qualcomm seem to be moving away from wrist-worn smartphone wannabes, my definition might be inaccurate soon. Feast your eyes on this fascinating oddity, though you might want to avoid looking directly at the monstrous onboard camera. Wacky as the idea of the Nubia-A sounds, it's at least intriguing as proof that a curved screen can work, at least based on what I saw at its booth. It's Nubia's proprietary Flex display, and was bright, colorful and easy to read, even at spots where it was bending around the model wrist. I wasn't allowed to touch the device at all, so I couldn't interact with the screen to see how responsive it is. The company also declined to disclose the size and resolution, nor many other specs of the device, saying these might change over the next few weeks. But it said it will share more details before the Nubia-A is released in Q4 this year.

The wearable will let you make and take calls (thanks to built-in 4G connectivity), track your fitness, snap photos and pay for purchases with a tap. With that unsubtle camera, you can also conduct video calls, although that seems like a terrible idea. I don't know how long I can hold up my arm to aim the camera at my face, and God only knows the terrible angles you would be subject to otherwise.

Nubia also said in its press release that the wearable is a "real style statement," but I suspect the only statement you'll be making with it is "I really, really like strange technology." Though the strap has traditional watch links, nothing else about the Nubia-A blends in. As much as I adore its display, I'm just too distracted by the conspicuous ears that jut out around the face to appreciate the overall aesthetic. The Nubia-A is a fascinating concept, even if it's not hugely unique or novel, and I'm curious to see how it behaves in the real world later this year.

In this article: bendable, BendableDisplay, CurvedDisplay, foldable, gadgetry, gadgets, gear, ifa2018, Nubia, nubia-a, wearables
All products recommended by Engadget are selected by our editorial team, independent of our parent company. Some of our stories include affiliate links. If you buy something through one of these links, we may earn an affiliate commission.