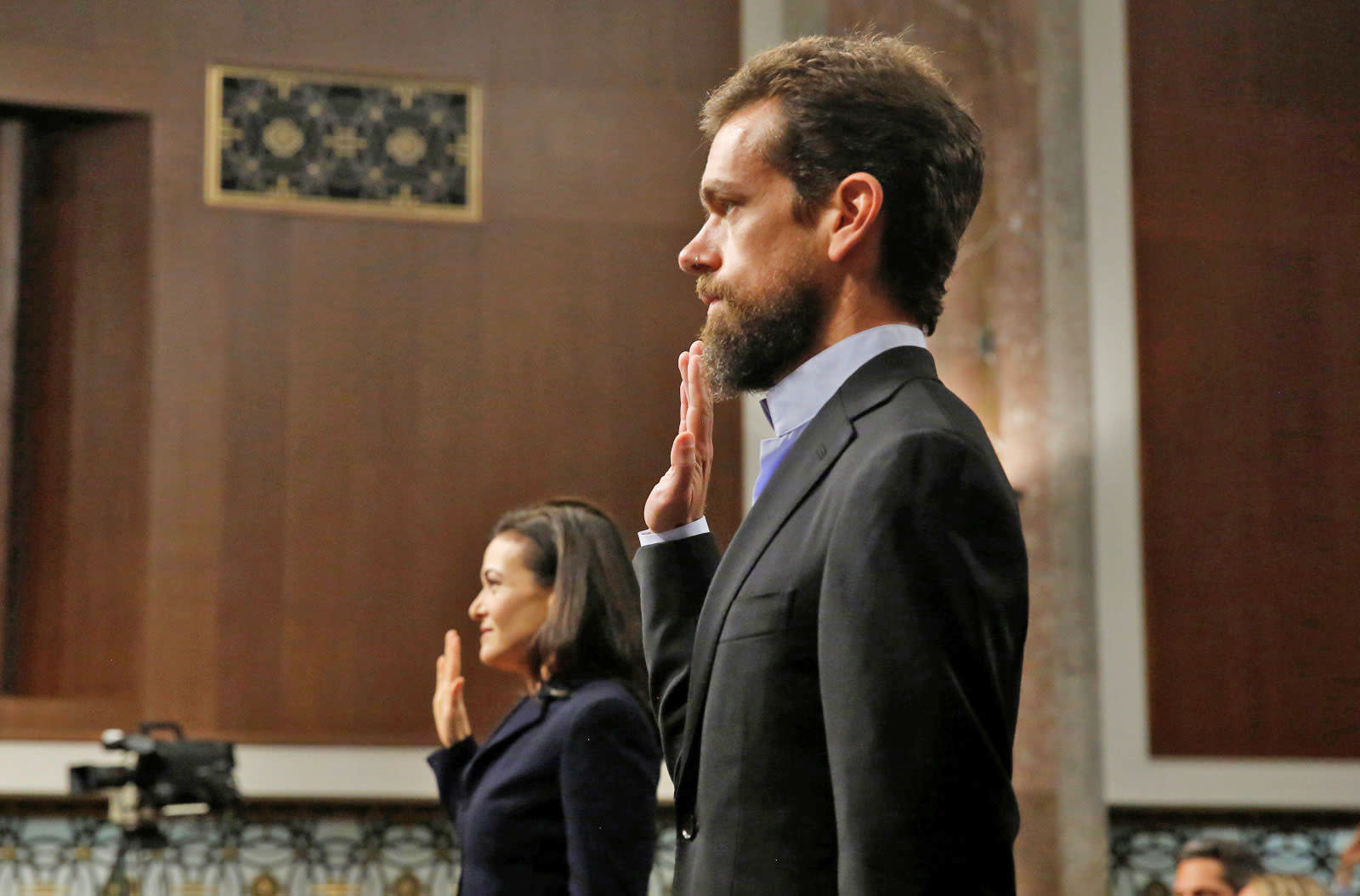 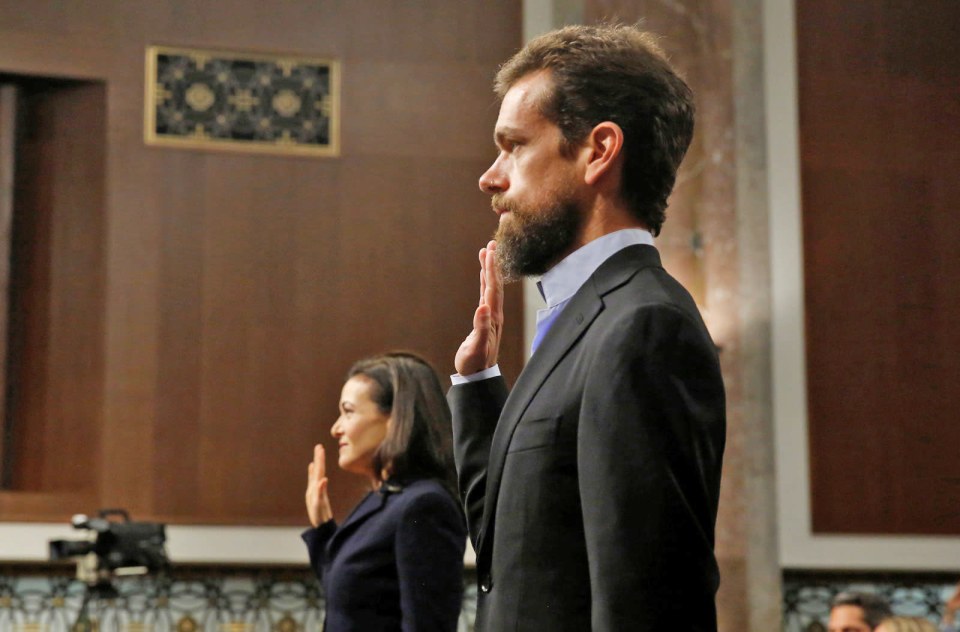 The last time a bunch of social media execs testified before congress the hearings ended with US House Representative Ted Lieu (D-CA) calling it a "dumb" and "stupid" sideshow. He said there were more important matters for Congress to be discussing the "content-filtering practices" of internet companies, and that Facebook, Twitter and Google can't have user posts be regulated because of the First Amendment anyway. Still, members of the Senate and House are keen on finding ways for Silicon Valley giants to keep their services safe, particularly from foreign interference and other bad actors trying to create discord among Americans. But rather than get into a battle with Congress over potential federal regulation, which would likely cause some controversy, Facebook and Twitter seem willing to work together on solutions for these issues in order to avoid that path.

Facebook COO Sheryl Sandberg touched on this in her opening statement for the Senate Intelligence Committee hearing, saying, "We know we can't stop interference by ourselves." She said that since the 2016 US Presidential election, Facebook has been sharing information about threats with "a number" of tech companies, in hopes of fighting digital foreign attacks more effectively. Twitter CEO Jack Dorsey echoed Sandberg's statements, telling Congress Twitter doesn't want to compete on solutions that can help keep sites safe, and that the company is willing to share "whatever" it finds with others -- even if it's a competitor. While this could be a smart move for both Facebook and Twitter, Sandberg said they still need to "do more to formalize the process." 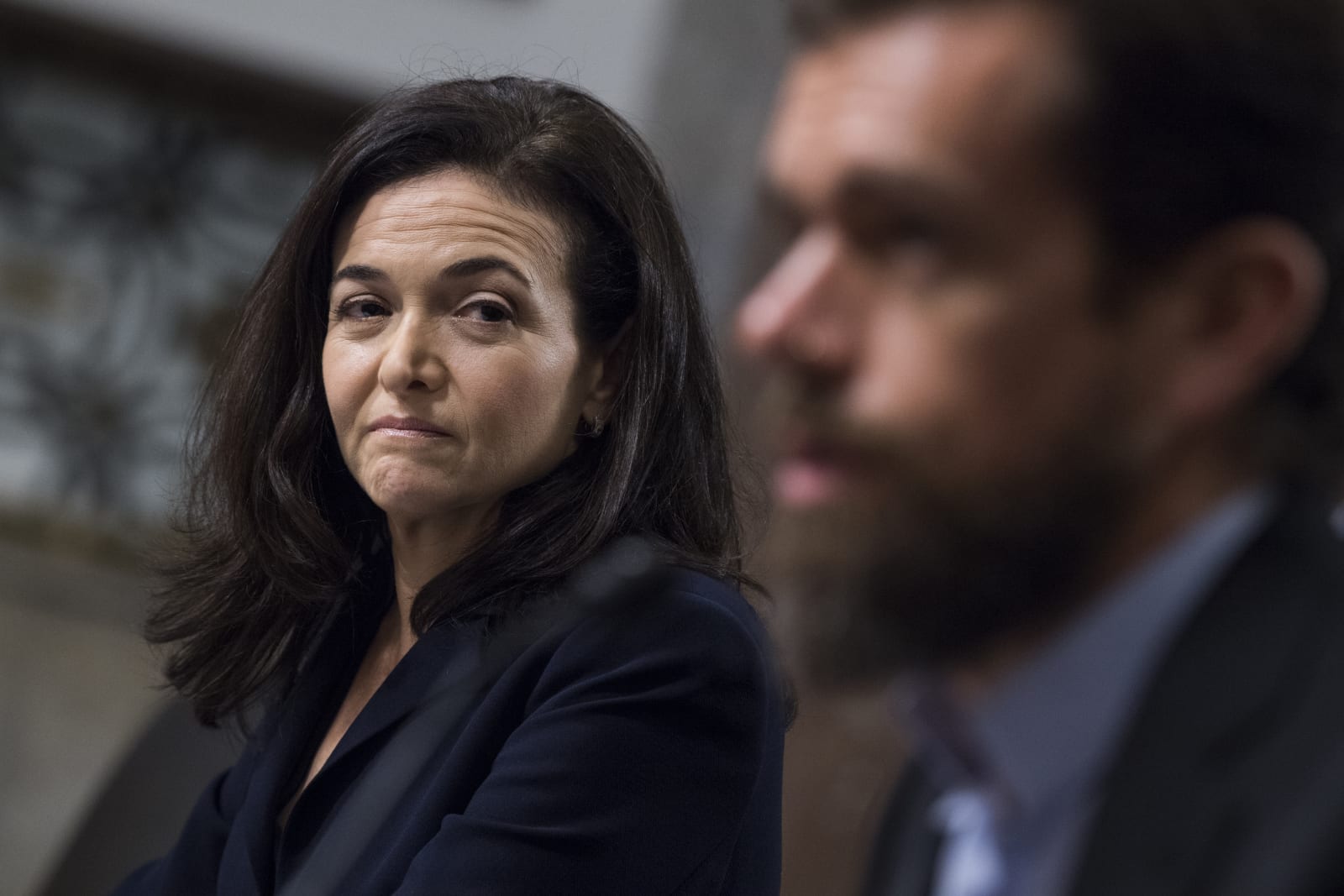 But even if they do start sharing more information with each other about threats they've detected (including where the attackers are coming from or if there are certain patterns being used) Facebook and Twitter are still going to need help from the government to stop foreign interference. Be it from Russia or, as we saw recently, Iran. "We don't have all the investigative tools that the government has," Sandberg said, "and we can't always attribute attacks or identify motives."

Dorsey told the Senate Intel Committee that, along with tighter partnerships with other tech companies, it would be great for Twitter to have a consolidated point of contact at the government, so that his team can better understand the intent and motivation behind these types of attacks and not have to bounce between federal law agencies. "We'd love to see the trends they're aware of," he said. "That would inform us about how to act much faster."

"We know we can't stop interference by ourselves. We don't have all the investigative tools that the government has, and we can't always attribute attacks or identify motives." -- Facebook COO Sheryl Sandberg

Now, as buddy-buddy as Facebook and Twitter may seem, they know no one poses a bigger obstacle to the carte blanche with which they operate than the government. At the end of the day, they're both corporations that need to protect their bottom line, and they know it's better to work together than let an outsider write the rules they must abide by. If getting the government off their backs means they have to collaborate on solving security issues together, of course they're going to take that opportunity. Otherwise they risk new federal regulations being imposed on them, and that's the last thing either of them want. But, unless Twitter and Facebook actually figure out how to stop bad actors on their own (even if it's with help from the government), that's a road that seems inevitable. 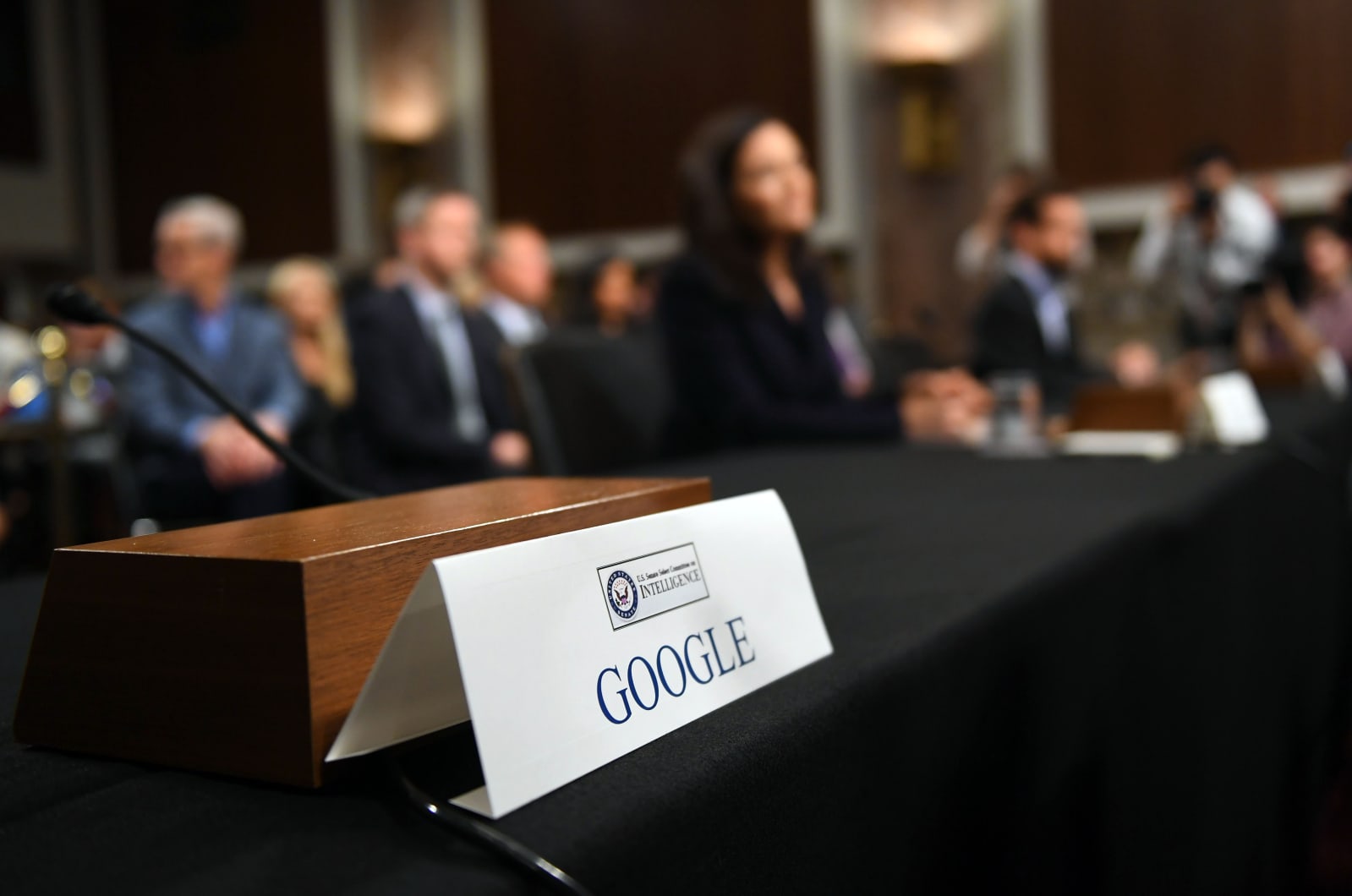 Google is an another important player in all of this, and Congress would have also loved for it to be a part of the hearing. But instead of sending founder Larry Page or CEO Sundar Pichai, Google wanted to its top lawyer, which the Senate Intel Committee rejected. Senator Mark Warner (D-VA), vice chairman of the committee, said no one other than those two would suffice. A spokesperson for the senator told Engadget that he doesn't believe Google is taking these issues seriously and that it was making a "grave mistake" by not sending the same top brass as Facebook or Twitter. The committee wasn't above trying to shame Google, either. It left an empty chair next to Dorsey and Sandberg with a "GOOGLE" name plate.

Facebook and Twitter are facing immense pressure from all sides of the government to solve these issues. And they're going to have to start showing some results soon, whether they decide to work together or not. Otherwise both Democrats and Republicans are going to have no choice but to, finally, get serious about federal regulation.

In this article: alphabet, business, congress, facebook, gear, google, houseenergyandcommercecommittee, internet, jackdorsey, larrypage, politics, regulation, senateintelligencecomittee, services, sherylsandberg, social, socialmedia, sundarpichai, twitter
All products recommended by Engadget are selected by our editorial team, independent of our parent company. Some of our stories include affiliate links. If you buy something through one of these links, we may earn an affiliate commission.