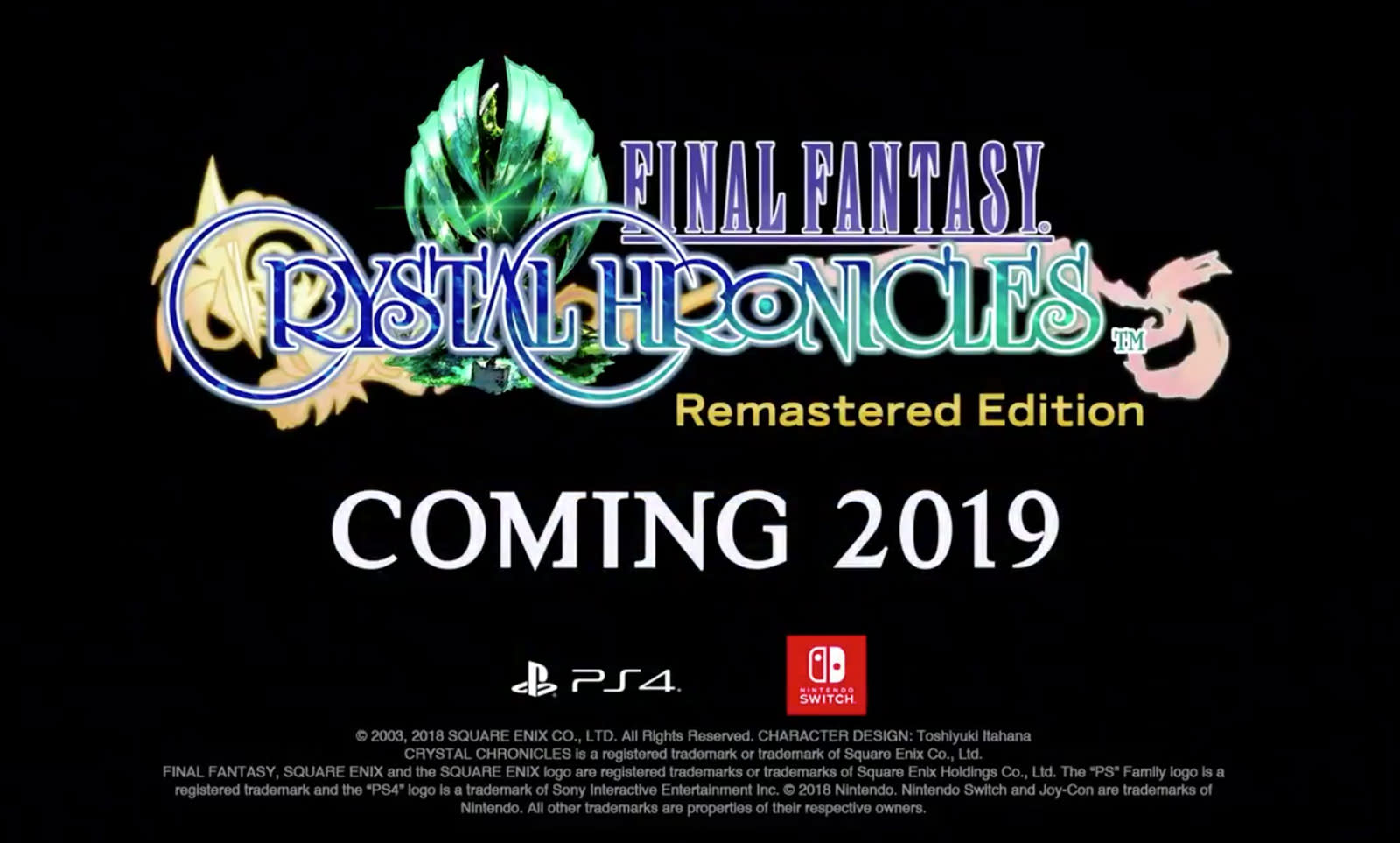 Final Fantasy XV Pocket Edition isn't the only Final Fantasy game coming to the Switch. Square Enix is doubling down on its ports of the JRPG series by bringing Final Fantasy Crystal Chronicles to Nintendo's console as soon as next year. Oh, and it's also getting its Sony debut on the PS4.

A tweet announcing the remastered edition of the cult GameCube original, with a video teaser to jog your memory, came by way of the Final Fantasy Twitter account today. You'll again take control of a 4-man crew tasked with curing their blighted world from a poisonous vapour dubbed Miasma by using crystals to capture the antidote: a mystical fuel known as Myrrh. But the best thing about this spinoff was always multiplayer (right?) with up to four players teaming up locally using a Game Boy Advance as extra controllers.

So what's new? Though it's not official, we may get online play (because your slumber party days are over) on top of the local multiplayer fun, which should be much easier on the Switch, thanks to the Joy-Cons. Judging by other recent remasters, you can also expect levels with more detail and a remixed soundtrack.

FINAL FANTASY CRYSTAL CHRONICLES Remastered Edition is more beautiful than ever and coming to #NintendoSwitch and #PlayStation 4 in 2019! pic.twitter.com/hwfldVLYRO

In this article: av, crystalchronicles, finalfantasy, gaming, nintendoswitch, ps4, squareenix, switch
All products recommended by Engadget are selected by our editorial team, independent of our parent company. Some of our stories include affiliate links. If you buy something through one of these links, we may earn an affiliate commission.