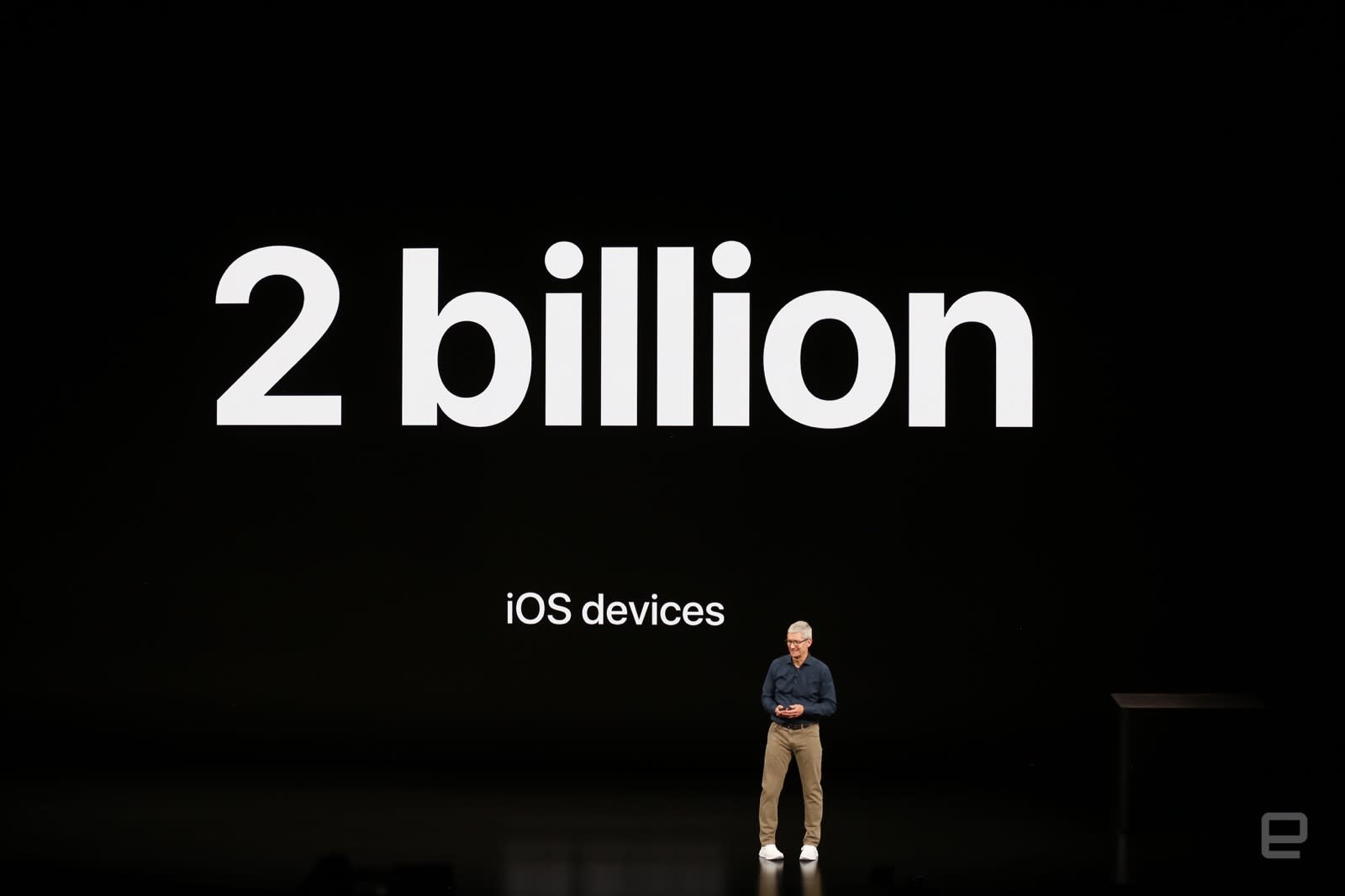 Apple kicked off its fall event for iPhone and Apple Watch with a big statistic: The total number of iOS devices the company has shipped is about to reach 2 billion. The device giant had previously announced that it had topped a billion active devices, including Mac and Apple TVs, back in January 2016. Today's number simply includes all iPhones and iPads that have ever shipped, which is a different, but still impressive, stat. It still trails Android, which Google CEO Sundar Pichai claimed powered 2 billion active devices in July 2017.

In this article: apple, AppleEvent, gadgetry, gadgets, gear, ios, iphone2018
All products recommended by Engadget are selected by our editorial team, independent of our parent company. Some of our stories include affiliate links. If you buy something through one of these links, we may earn an affiliate commission.