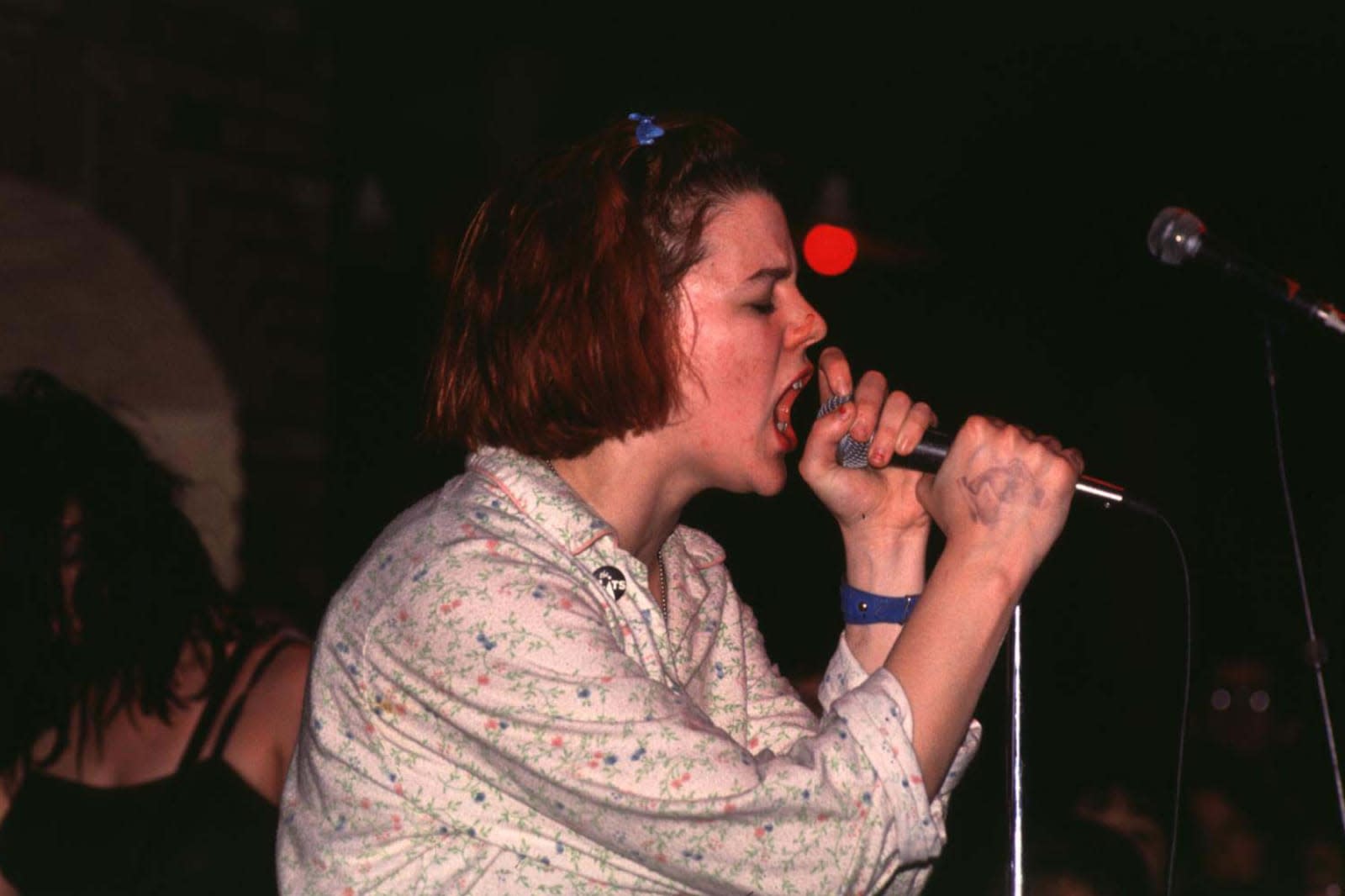 Prince, The Beatles and other well-known artists gave into the siren's call of streaming music years ago, but not Bikini Kill -- you still had to get the iconic riot grrl group's music the old-fashioned way. Until now, that is. The feminist punk group has posted its small but influential catalog on streaming services, including Apple Music, Spotify and Tidal. Why now? If you ask singer Kathleen Hanna, it's about accessibility.

In an interview with Tidal, Hanna acknowledged that the group wasn't fond of the lousy royalty rates streaming services typically offer. However, that both made the music harder to find and would drive people to a "crappy third-rate version on somebody's YouTube video." Bikini Kill wanted to be sure as many people could hear the music as possible in the way it was originally recorded (which was admittedly still raw). "I just don't think it's right that everybody can't have access to it," Hanna said.

Simultaneously, it's apparent that the group was faced with the same dilemma that has faced other politically active artists, such as Jello Biafra or Rage Against the Machine: they had to participate in the very system they opposed in order to be heard and make a living. Hanna blamed capitalism for creating arbitrary rivalries between fame seekers, but her band couldn't just ignore it -- streaming ensures that people will receive the message.

In this article: applemusic, bikinikill, entertainment, internet, music, punk, services, spotify, streaming, tidal
All products recommended by Engadget are selected by our editorial team, independent of our parent company. Some of our stories include affiliate links. If you buy something through one of these links, we may earn an affiliate commission.
Share
Tweet
Share