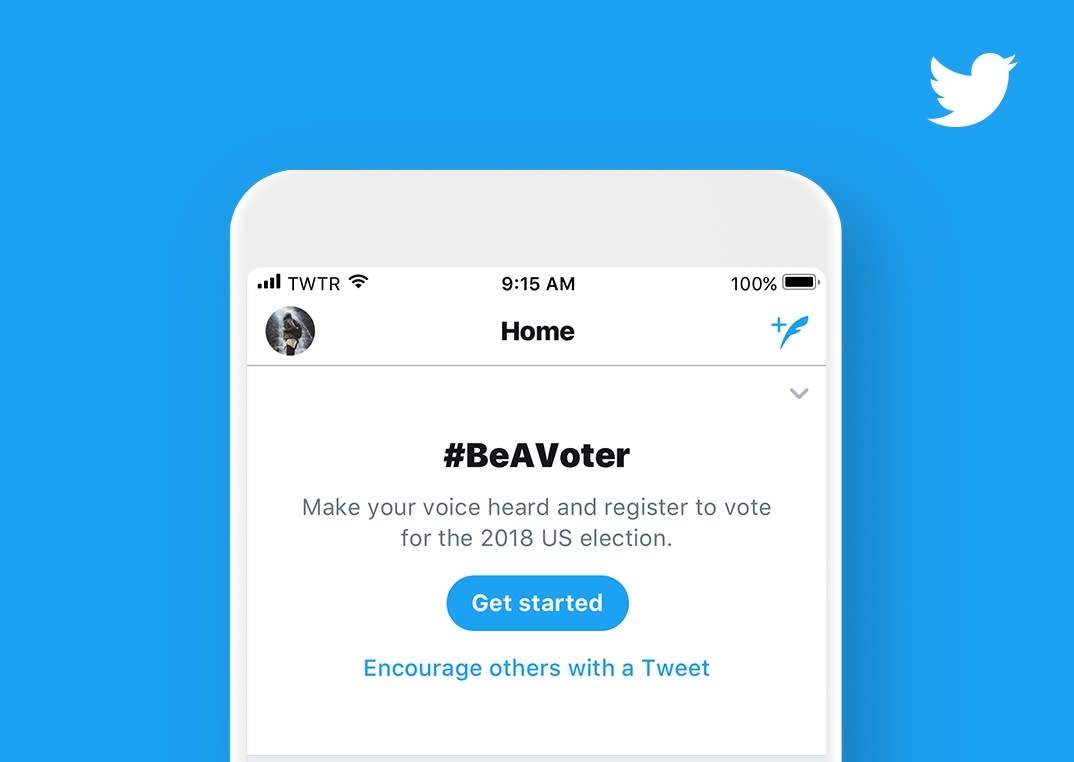 As the US heads closer to November's midterm elections, a number of social platforms are making an effort to encourage their users to vote. The latest to join in is Twitter, which launched its #BeAVoter campaign today. Through the campaign, Twitter will connect users to TurboVote, a nonprofit that can help them register to vote, sign up for election reminders and apply for absentee ballots. The #BeAVoter effort will be featured in Twitter's top US trends and in a prompt in users' timelines.

Have you registered to vote this U.S. election?

Tap below to get started and #BeAVoter. ⬇️

Facebook expanded its US election reminders to include local elections last year. And Instagram launched its voter registration campaign -- also in partnership with TurboVote -- earlier this month.

"Twitter is where people go to for news and information about elections," the company said in a blog post, "and it is our obligation to ensure that we meet this expectation and provide a platform that promotes healthy, public conversation and surfaces reliable information for voters."

Like Facebook, Twitter had an issue with reliable information ahead of the 2016 US presidential election, as its platform played host to misinformation campaigns and a large number of bots. It also recently banned a number of accounts originating from Iran for what it said was "coordinated manipulation." In light of these problems, the company rolled out a new political ad policy earlier this year in an effort to boost election transparency.

In this article: election, gear, internet, politics, turbovote, twitter, voterregistration, voting
All products recommended by Engadget are selected by our editorial team, independent of our parent company. Some of our stories include affiliate links. If you buy something through one of these links, we may earn an affiliate commission.