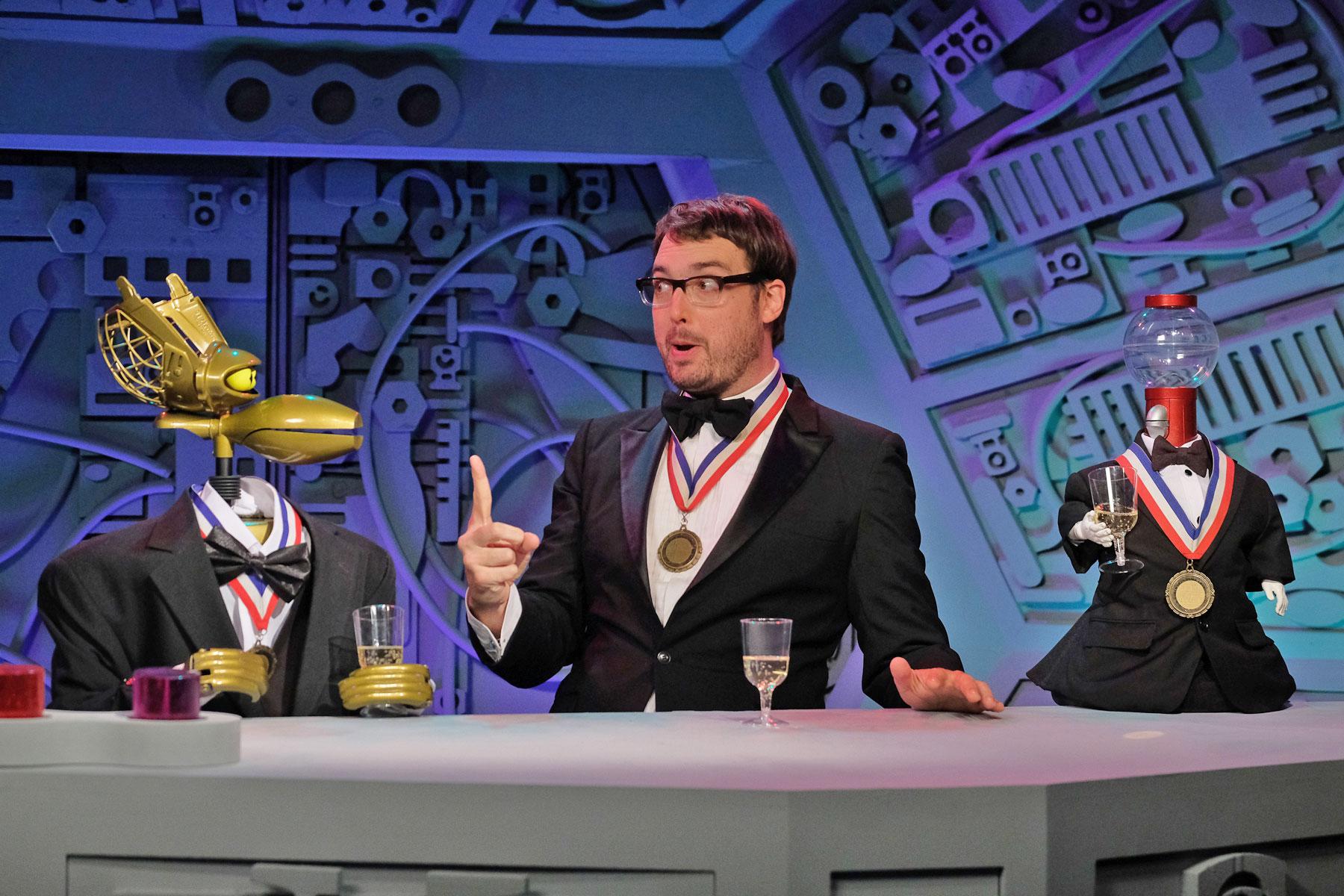 Thanksgiving is a special time, where you and your family can avoid talking to one another in order to marathon Mystery Science Theater 3000. Netflix and Shout Factory have revealed that this year's Turkey Day will be an MST3K marathon with a difference: it's the day that the new Season 12 arrives. Six new episodes will drop on November 22nd in the US and Canada, as well as the UK, Ireland, Australia and New Zealand.

Turkey Day has always been a special part of MST3k history, since the show first aired on Thanksgiving 1988. When the show was on Comedy Central, there would be a Turkey Day marathon every year, offering ten or so movies back-to-back. The Sci-Fi Channel did it once, but there wouldn't be a real Turkey Day until 2013, when creator Joel Hogdson brought the tradition back online.

We don't yet know what movies will be included in the sextet, although Hodgson told The AV Club that the "movies are even worse than last season," but added that "the show is better." Hell, just so long as we get another song as good as Every Country Has a Monster, we'll be happy to sing 'till our bellies are full.

In this article: av, entertainment, gear, internet, MST3k, MysteryScienceTheater3000, Netflix, Season12, Thanksgiving, video
All products recommended by Engadget are selected by our editorial team, independent of our parent company. Some of our stories include affiliate links. If you buy something through one of these links, we may earn an affiliate commission.