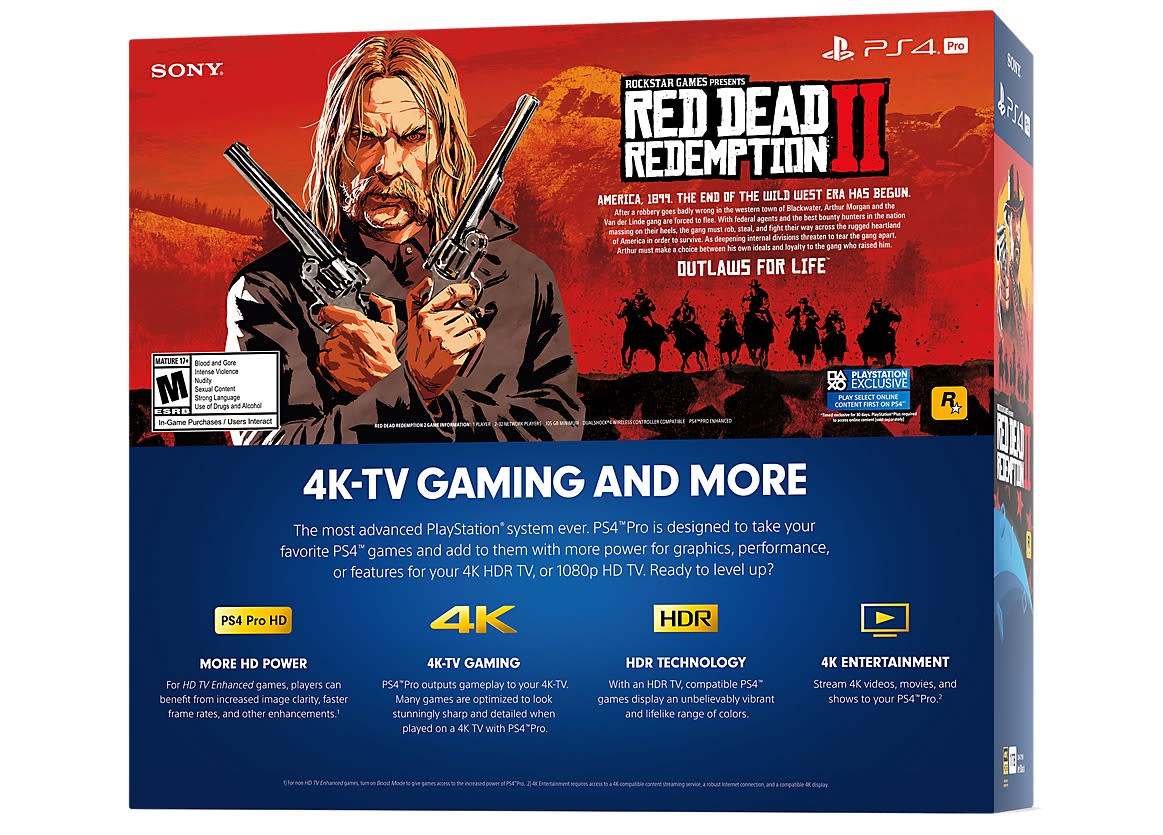 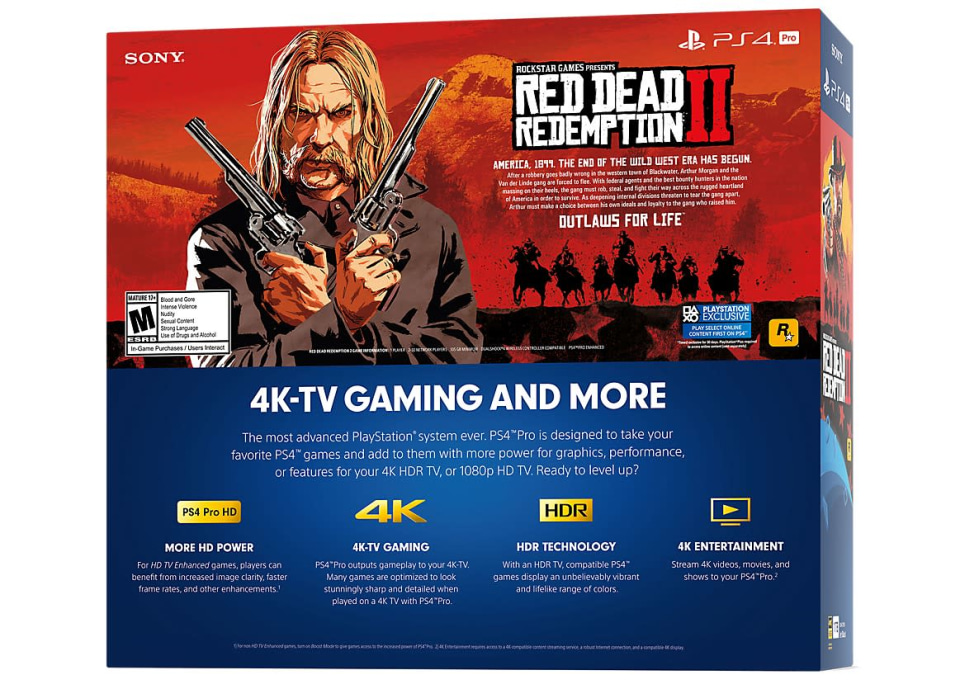 Red Dead Redemption 2 is finally dropping next month, and Sony has revealed some of what's in store with the pre-order launch of its PS4 Pro Bundle. The box refers to a "timed exclusive for 30 days" and mentions online content. We knew PlayStation users were getting some unique content, but this confirms they'll get it ahead of everyone else, too.

The box also suggests the game will support 2-32 players, two more than GTA 5 which still continues to lure people in even though it launched five years ago. And like GTA 5 and GTA Online, Red Dead Redemption will debut a month or so before its online mode, which is fine, considering the PS4 Pro bundle box reveals the game requires a massive 105GB to install (possibly due to the 4K version, but this isn't clear), meaning there's a lot to get stuck in to before then.

In this article: 4K, av, bundle, gaming, GTA, online, personal computing, personalcomputing, PlayStation, PlayStation4, PS4, RDR2, RedDeadRedemption2, Sony
All products recommended by Engadget are selected by our editorial team, independent of our parent company. Some of our stories include affiliate links. If you buy something through one of these links, we may earn an affiliate commission.