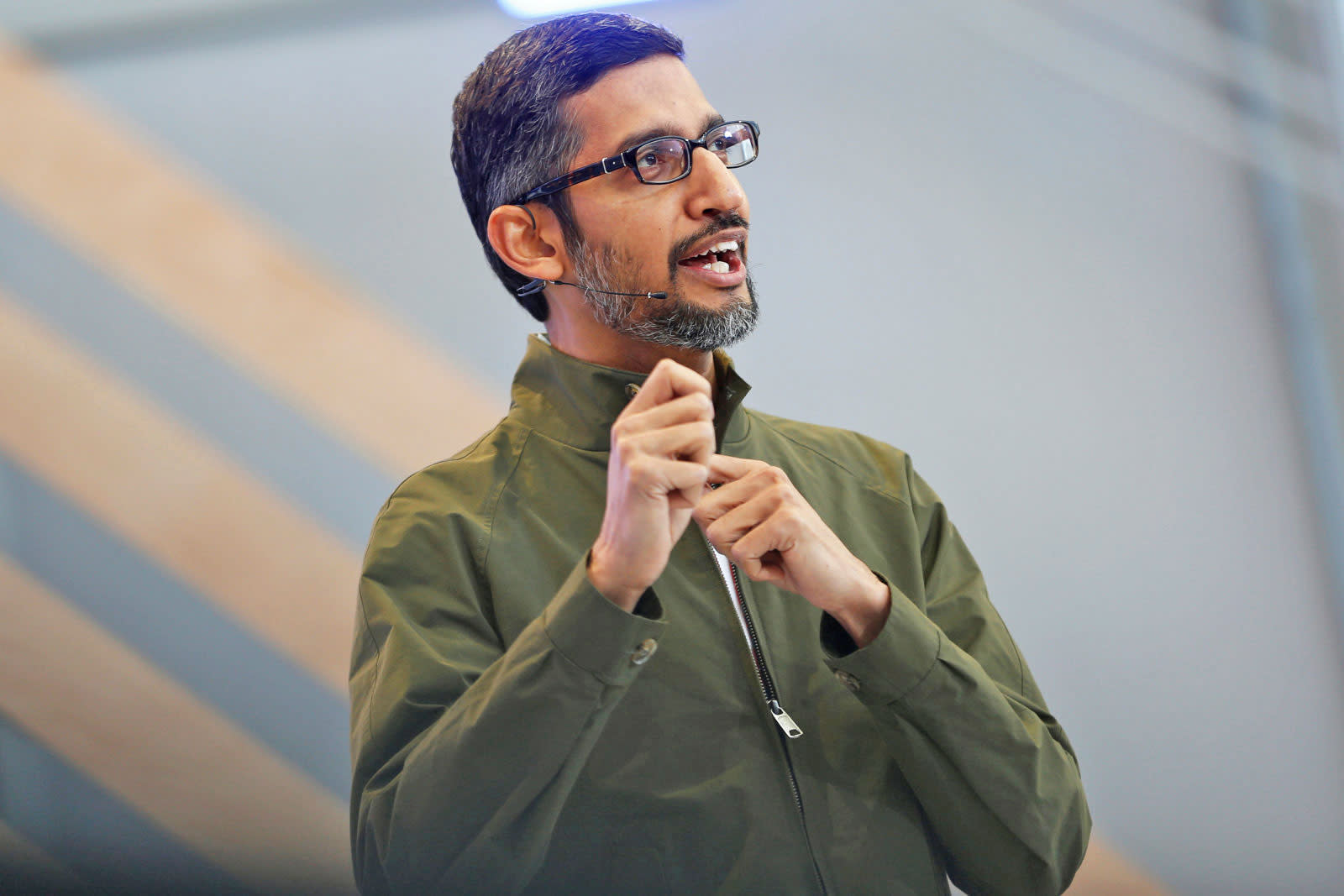 Google CEO Sundar Pichai will testify before the House Judiciary Committee in November, following the midterm elections. He met with House Majority Leader Kevin McCarthy and other senior Republicans Friday to discuss accusations that Google is biased against conservatives (a charge the company has denied). McCarthy told Reuters that Pichai had agreed to appear before the committee.

The November hearing will cover issues including the bias allegations, privacy and China -- perhaps related to the rumored censored version of Google's search engine for that country. Republicans are also seeking answers from Pichai over how Google handles matters related to countries that have violated human rights and the way in which it classifies news and opinion.

Twitter CEO Jack Dorsey and Facebook COO Sheryl Sandberg appeared before a committee earlier this month to discuss topics such as censorship and election interference. Google offered to send its chief legal officer, but the committee rejected that proposal and said Pichai or Larry Page, CEO of Google's parent company Alphabet, would have been acceptable.

While in Washington, Pichai was also set to meet with Democratic leaders and White House economic adviser Larry Kudlow. Meanwhile, reports suggest the White House is mulling an executive order that will target internet companies over their perceived bias.

In this article: alphabet, bias, china, gear, google, housejudiciarycommittee, judiciarycommittee, kevinmccarthy, larrypage, politics, privacy, sundarpichai
All products recommended by Engadget are selected by our editorial team, independent of our parent company. Some of our stories include affiliate links. If you buy something through one of these links, we may earn an affiliate commission.