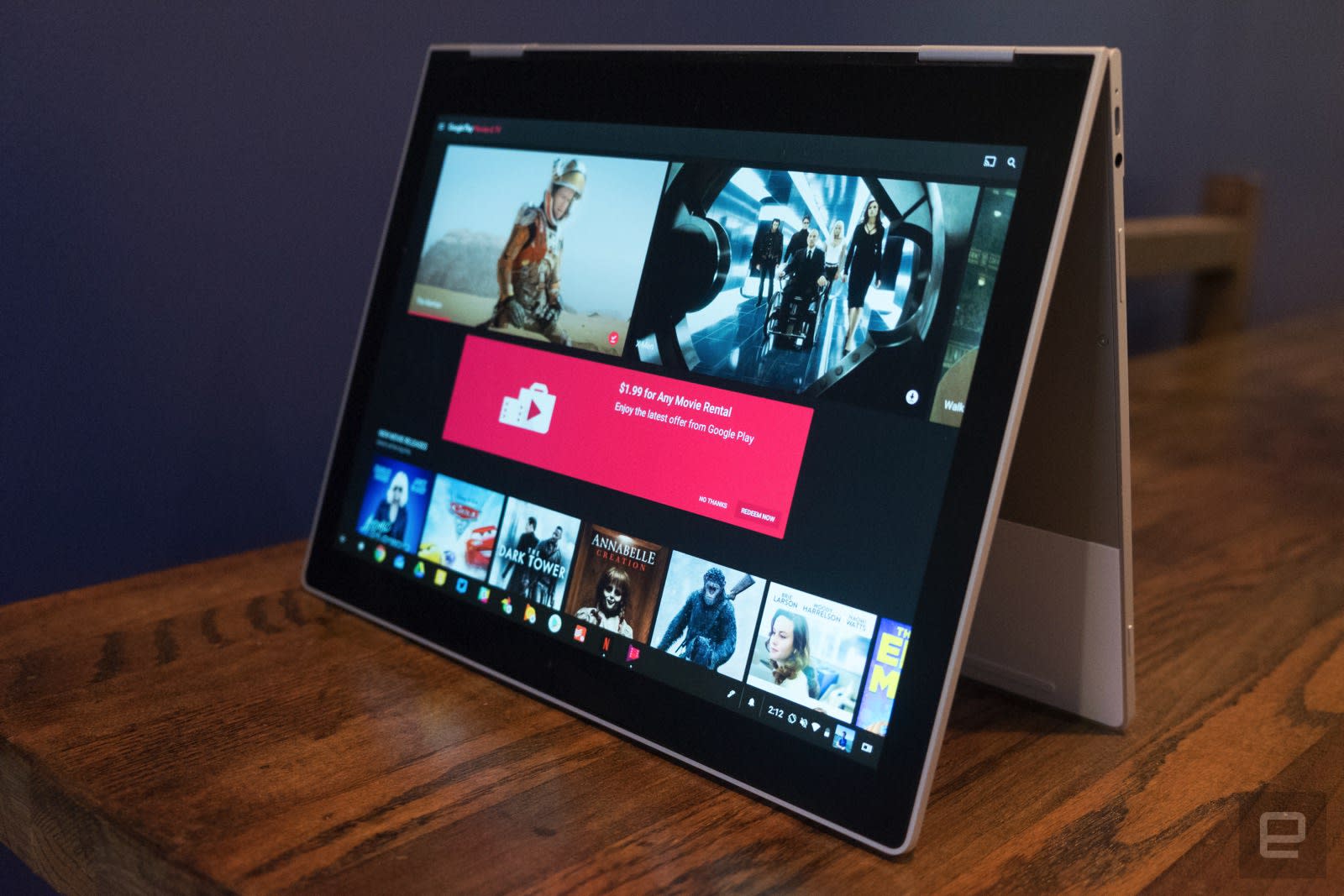 Google's rumored Chrome OS tablet may have an extra trick up its sleeve: namely, that you might not have to run Chrome OS at all. The 9to5Google team has discovered some code references indicating that Google has been working on Windows 10 support for the future slate, codenamed Nocturne. "Windows 10 will BSOD early during boot," one Nocturne developer wrote.

There's no guarantee that the tablet would ship with Windows 10 support out of the box. As with Android apps, it might take some time before it's ready. This could be one of the first devices with the extra option, though. It would make sense for Google to go first. The Pixelbook and its ancestors have frequently served as showcases for the latest Chrome OS features, not to mention reference devices for developers. So long as the tablet ships in the first place, it could serve as a testbed for anyone who wants to know how Chrome OS and Windows can coexist -- and an option for enthusiasts who aren't quite sure they can live with Chrome OS by itself.

In this article: chromeos, gear, google, nocturne, personal computing, personalcomputing, pixelslate, tablet, windows10
All products recommended by Engadget are selected by our editorial team, independent of our parent company. Some of our stories include affiliate links. If you buy something through one of these links, we may earn an affiliate commission.