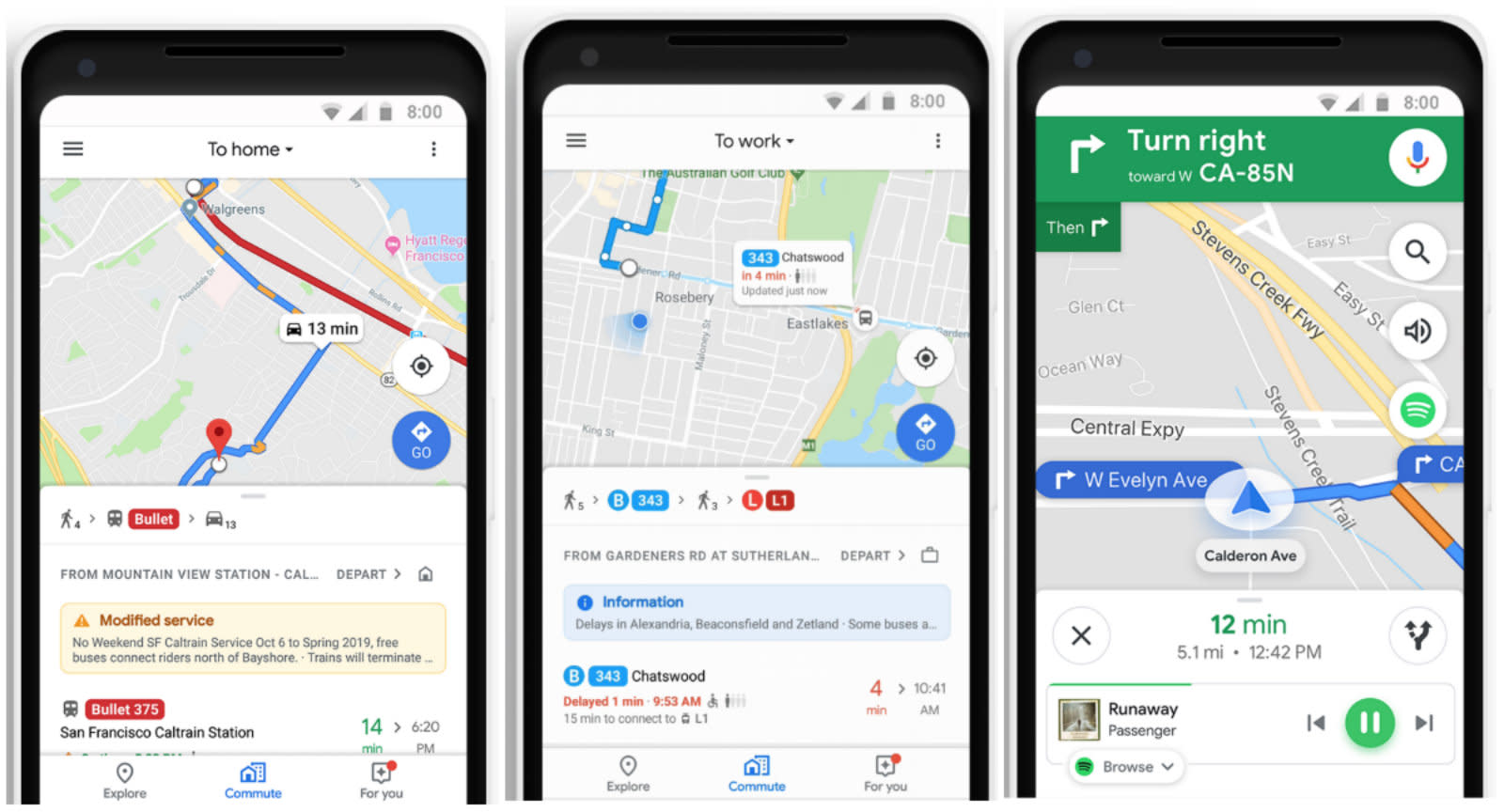 When it's not debunking flat-earthers, Google Maps is busy pushing out updates. In the past few months alone, we've seen new groups, discovery and Yelp-style recommendation features (along with its arrival on Apple CarPlay thanks to iOS 12). Now, it's ready to give you even more granular data about your daily commute, all within a new tab. The new additions will allow for one-tap access to live traffic and transit information, plus Android notifications about delays and disruptions.

There's also support for mixed-mode commutes. Those who drive and take public transport will now see more information for each leg of their trip, including traffic delays, train departure times, and walking duration. All of this will be factored into your ETA. You'll also be able to see where your train or bus is in real-time -- so you can spend more time eating breakfast in the morning if it's running late. This feature is rolling out to 80 cities worldwide, with an extra perk for Syndey's denizens (in conjunction with Transport New South Wales) that shows how full your bus or train is.

Finally, Google Maps will help you keep your eyes on the road when streaming tunes by making Spotify, Apple Music, and Google Play Music available within the app. (Amazon Music's exclusion shouldn't come as a surprise considering the beef between the two titans.) Waze users will recall that the GPS app also added Spotify support on iOS earlier this year. Google's new commute features are rolling out worldwide on iOS and Android this week.

In this article: gear, google, GoogleMaps, mobile, TL19GMAP
All products recommended by Engadget are selected by our editorial team, independent of our parent company. Some of our stories include affiliate links. If you buy something through one of these links, we may earn an affiliate commission.