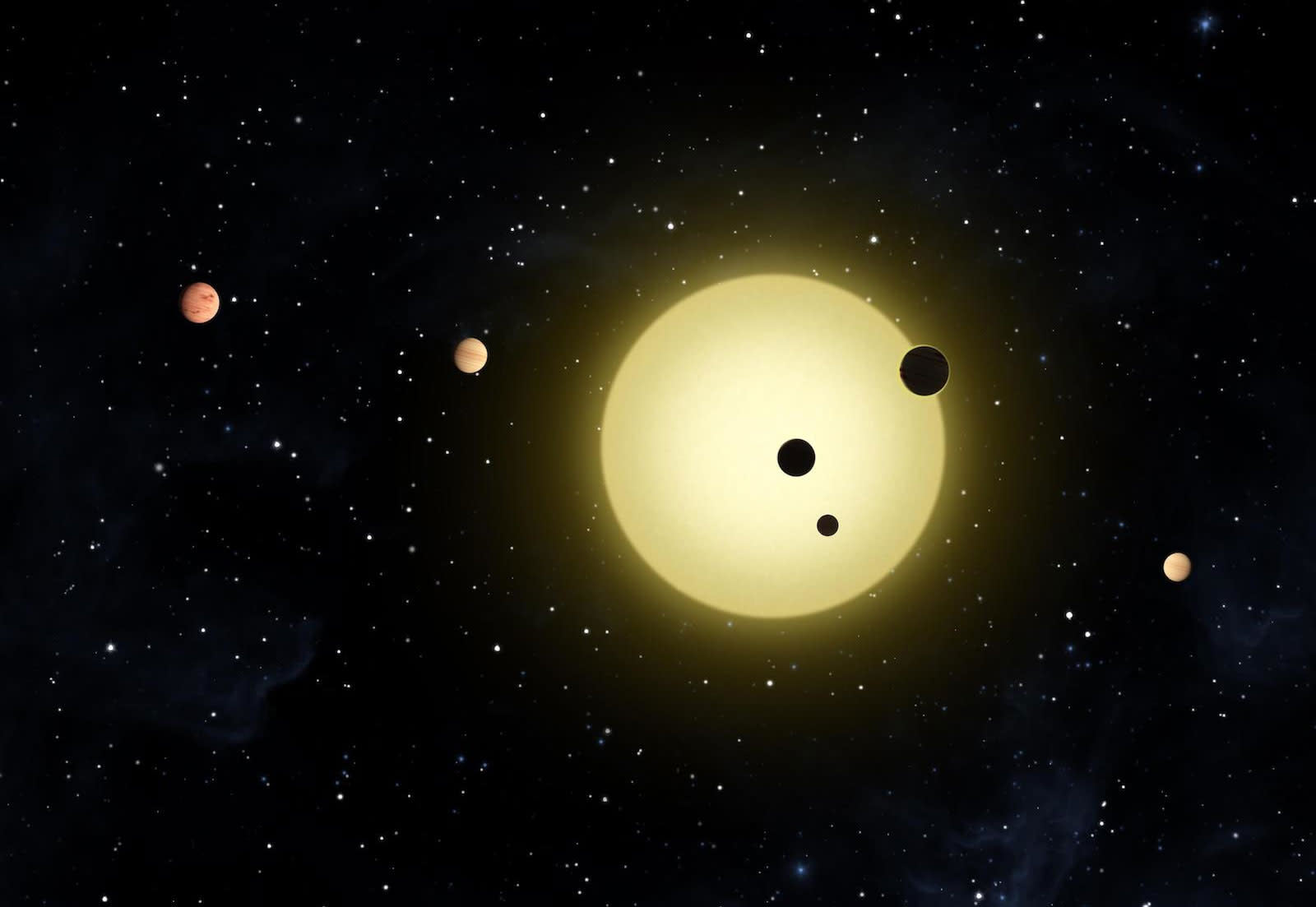 Kepler has been running low on fuel for some time, so much so that NASA even put the spacecraft into a sleep mode in July in order to make sure it had enough fuel to transmit data back to Earth. But the planet-hunter has kept chugging -- it even kicked off a new data collection campaign in August. However, Kepler has run into another snag, and NASA has decided to put it back to sleep for the time being.

The Kepler team discovered that the spacecraft's ability to point its telescope in the right direction is faltering -- something they suspected might be happening a few weeks ago. Now that it's confirmed, NASA is putting Kepler back into a sleep mode to conserve fuel ahead of its next data transmission. The spacecraft is scheduled to begin sending its latest round of observations back to Earth on October 10th, though it's unclear if it will have enough fuel to do so.

If Kepler does have enough fuel and is able to transmit its data, researchers will put the spacecraft back to work. It has already conducted 19 observation campaigns over its nine-year mission, and scientists are determined to collect as much data as they can before Kepler retires for good. So far, the spacecraft has confirmed more than 2,600 planets outside of our solar system and researchers continue to analyze the data it has collected.

Kepler's mission will come to an end, likely soon, but the hunt for exoplanets is in good hands. NASA's TESS spacecraft kicked off its initial two-year mission in July and is expected to spot more than 1,600 new exoplanets during that time.

In this article: exoplanet, gear, kepler, nasa, space, telescope, tess
All products recommended by Engadget are selected by our editorial team, independent of our parent company. Some of our stories include affiliate links. If you buy something through one of these links, we may earn an affiliate commission.