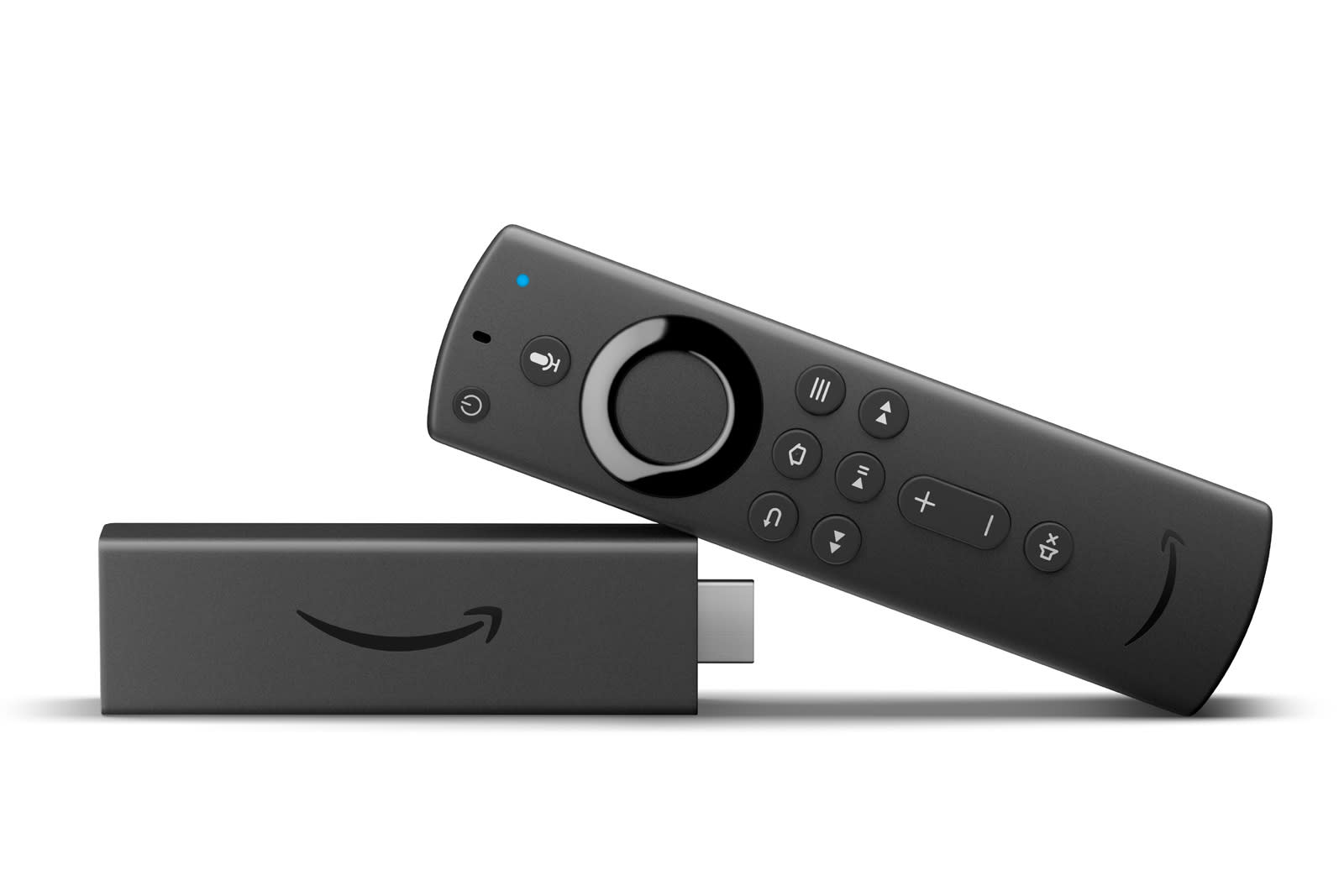 After years of offering 4K playback on its higher-end Fire TV devices, Amazon is ready to bring that extra resolution to its most affordable hardware. With a base of active users that's 25 million strong, it's launching the Fire TV Stick 4K, delivering Ultra HD and HDR streaming through an HDMI dongle that costs a modest $50. The stealthy device isn't as affordable as Roku's $40 Premiere, but it's also billed as the first media stick to support Dolby Atmos, Dolby Vision and HDR10+. You won't have to settle for lower-quality output just to save some cash or avoid using your TV's built-in apps.

The device also ships with Amazon's equally new Alexa Voice Remote (also being added to the Fire TV Cube), touting Bluetooth, "multidirectional" infrared and some much-needed buttons for power, volume and muting. You'll have more reason to use the remote, as well. Amazon noted that in-app Alexa control is coming to a number of more specialized video services, including AMC, HBO Now and Sony Crackle.

The Fire TV Stick 4K is up for pre-orders and will ship to both the US and Canada on October 31st. Germany, India and the UK will have to wait until November 14th, while Japan gets it by the end of 2018. You don't have to spend the full $50 if you just want the remote, for that matter. Amazon is making the Alexa Voice Remote available by itself for $30 with the same release dates as the media stick, while those looking for OTA TV to go with their streaming can get a Fire TV Recast bundle with broadcast-catching box, a 35-mile antenna and this stick for $250 -- $50 less than buying them separately.

In this article: 4K, alexavoiceremote, amazon, av, dongle, firetv, FireTVRecast, firetvstick, firetvstick4k, gear, HDR, OTA, streaming
All products recommended by Engadget are selected by our editorial team, independent of our parent company. Some of our stories include affiliate links. If you buy something through one of these links, we may earn an affiliate commission.