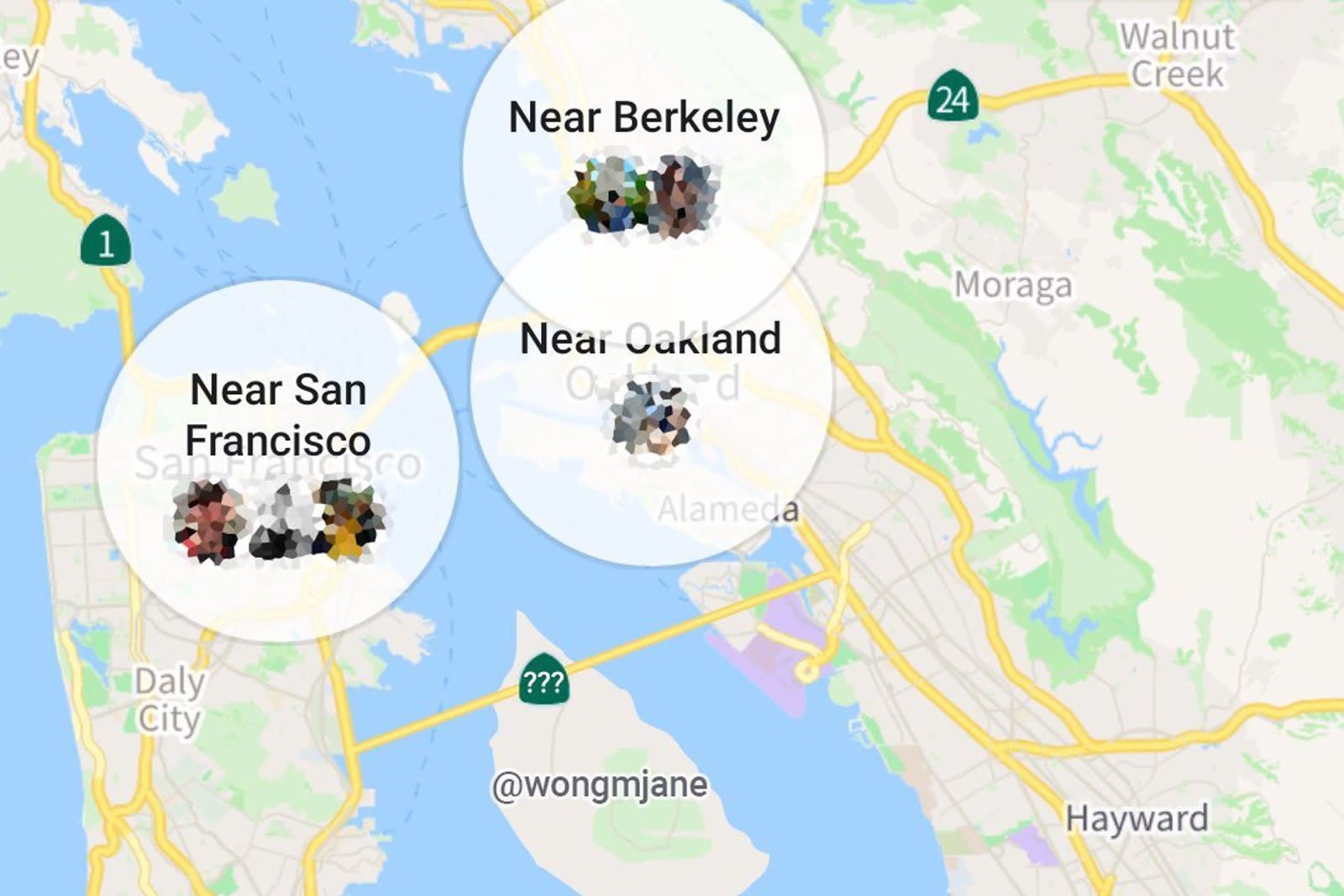 Facebook's eagerness to replicate Snapchat features might extend beyond particularly conspicuous elements like Stories and selfie filters. The company has confirmed to TechCrunch that it's testing a rework of Nearby Friends that introduces visuals uncannily like Snapchat's Snap Map. While the conventional list is still there, testers can see friends grouped by city and neighborhood. You'd have a better sense of whether or not a friend is town without having to read a sea of text.

It's uncertain if this will become a standard feature. While a Facebook spokesperson described this as an active test, tipster Jane Manchun Wong noted that the map vanished on her device soon after TechCrunch asked about the feature.

There's plenty of motivation to shake things up, though. Nearby Friends is optional like many of these location-based tools, but there's as much reason to use it where the competition is typically more engaging. Snap Map, Google Maps and Apple's Find My Friends are more visual, while Foursquare's Swarm turns specific location sharing into a game. This update could keep you coming back to Nearby Friends to arrange impromptu get-togethers.

In this article: facebook, gear, internet, location, location-based, mobile, nearbyfriends, snapchat, socialnetwork, socialnetworking
All products recommended by Engadget are selected by our editorial team, independent of our parent company. Some of our stories include affiliate links. If you buy something through one of these links, we may earn an affiliate commission.