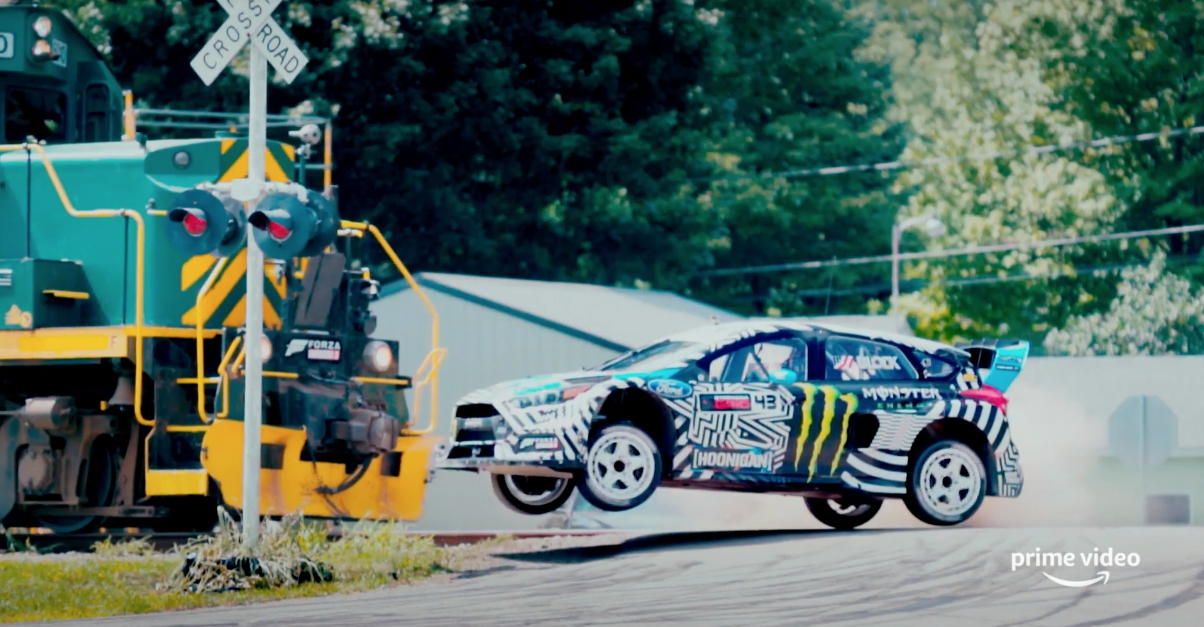 Amazon has announced a release date for The Gymkhana Files, the documentary series that follows rally driver Ken Block and his team of Hoonigans as they work on the tenth installment of their wildly popular Gymkhana series. The eight-episode show will debut November 16th on Prime Video, with Amazon releasing two episodes per week thereafter. And the final episode, airing December 7th, will feature Gymkhana 10 as an early access exclusive.

Gymkhana TEN: done. The Gymkhana Files: done. Biggest projects of my life: DONE! Also done: the poster art for my Amazon 8 episode documentary series on the making of Gymkhana TEN (The Gymkhana Files). Two episodes per week, starting November 16th, and oh yeah, Gymkhana TEN is in the final episode of the show on December 7th (as an early access exclusive). Just a helpful FYI 😉. Trailer link in bio. #markyourcalendars #Gymkhanaiscoming #HollywoodHoonicornV2 #TheGymkhanaFiles

Amazon also released a trailer for the series, in which you can see some of the challenges the team is faced with, including having to up the ante with each additional installment. This round features five shooting locations and five cars. "If it doesn't break the internet, then we've failed," Block says in the video. The Gymkhana Files joins Amazon's other car-focused show The Grand Tour, which the company is turning into a racing game.

You can check out The Gymkhana Files trailer below.

In this article: amazon, av, documentary, entertainment, gymkhana, KenBlock, PrimeVideo, thegymkhanafiles, video
All products recommended by Engadget are selected by our editorial team, independent of our parent company. Some of our stories include affiliate links. If you buy something through one of these links, we may earn an affiliate commission.