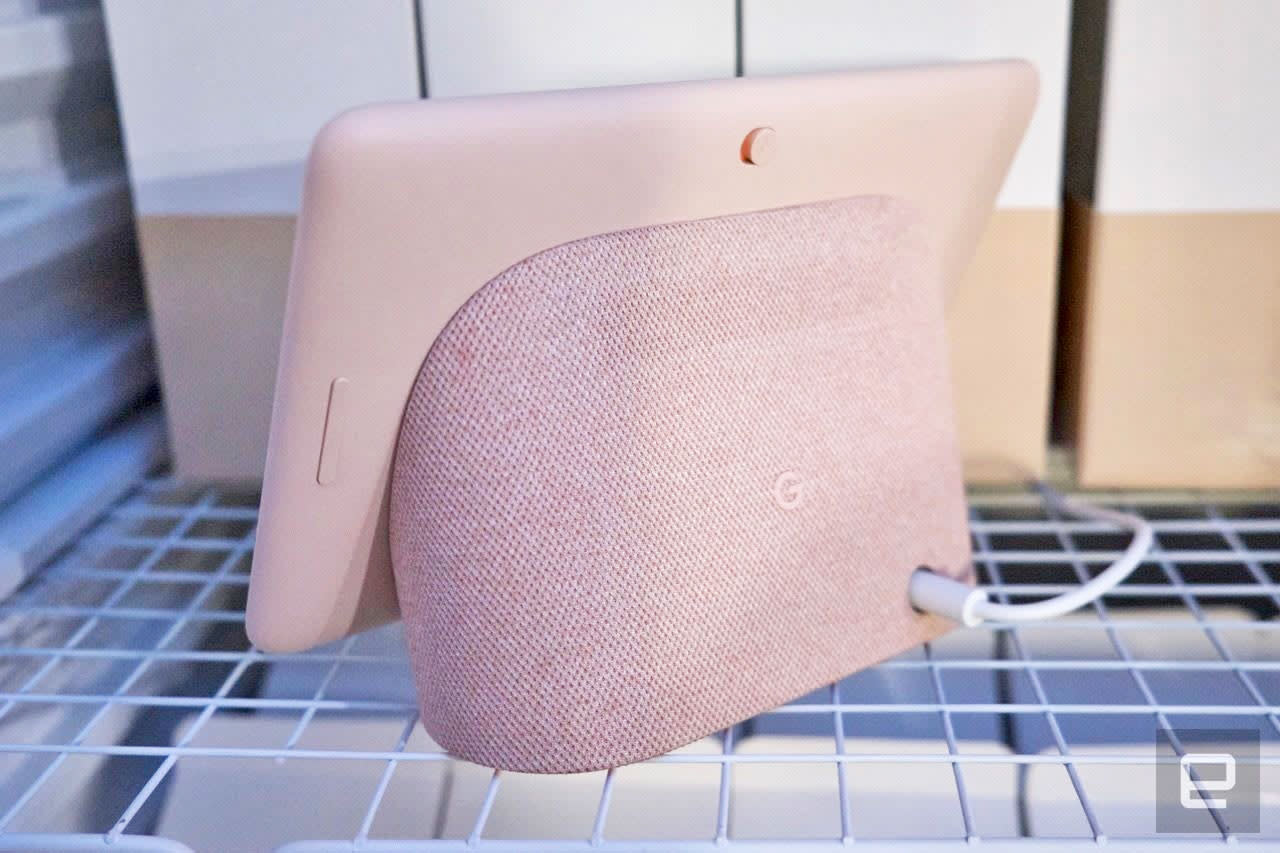 At first glance, Google's new Home Hub looks like any other smart display featuring the company's Assistant platform. It features both voice and touch inputs, giving consumers the option to manually control their smart home, watch YouTube videos and see appointments for the week ahead. However, underneath the hood, Google has done things a little differently. Unlike Lenovo, JBL and LG, Google's Home Hub doesn't run a stripped-down version of Android -- in fact, it's closer to a Chromecast.

The revelation comes by way of Ars Technica's Ron Amadeo. You see, while Lenovo, JBL and LG's smart displays are all powered by Qualcomm's Home Hub architecture and Google's Android Things platform, the Home Hub features an Amlogic chip (typically found in smart TVs and other smart accessories) and runs a full-featured version of Google's Cast platform.

"There's no particular reason [behind the decision]," Google's Diya Jolly told Ars Technica. "We just felt we could bring the experience to bear with Cast, and the experiences are the same. We would have easily given the third-parties Cast if they wanted it, but I think most developers are comfortable using Android Things."

Although Google has shied away from explaining why it chose not to embed dedicated IoT solutions like its partners have, there is some logic behind it. At seven inches, the Home Hub is pretty small and doesn't utilize a camera. "We consciously did not put a camera on Hub," Jolly told Engadget shortly after the Pixel keynote, "so that it was comfortable to use in the private spaces of your home, like your bedroom." Opting for security and privacy over features may also have allowed it to bring the cost of the Home Hub down -- it's $50 less than the smallest Lenovo smart display.

The beauty of Android -- in this case Android Things -- is that it's an open platform. Partners like LG and JBL can pick up an up-to-date build and customize it to suit their needs. As the Home Hub is a first-party device, Google doesn't need to be as flexible. Instead, it's chosen to do away with "apps" and integrate core features like YouTube, Google Maps, Calendar, Search and Photos inside the Cast platform to keep it nimble.

In this article: assistant, cast, chromecast, gadgetry, gadgets, gear, google, googleassistant, googlecast, homehub, internet
All products recommended by Engadget are selected by our editorial team, independent of our parent company. Some of our stories include affiliate links. If you buy something through one of these links, we may earn an affiliate commission.