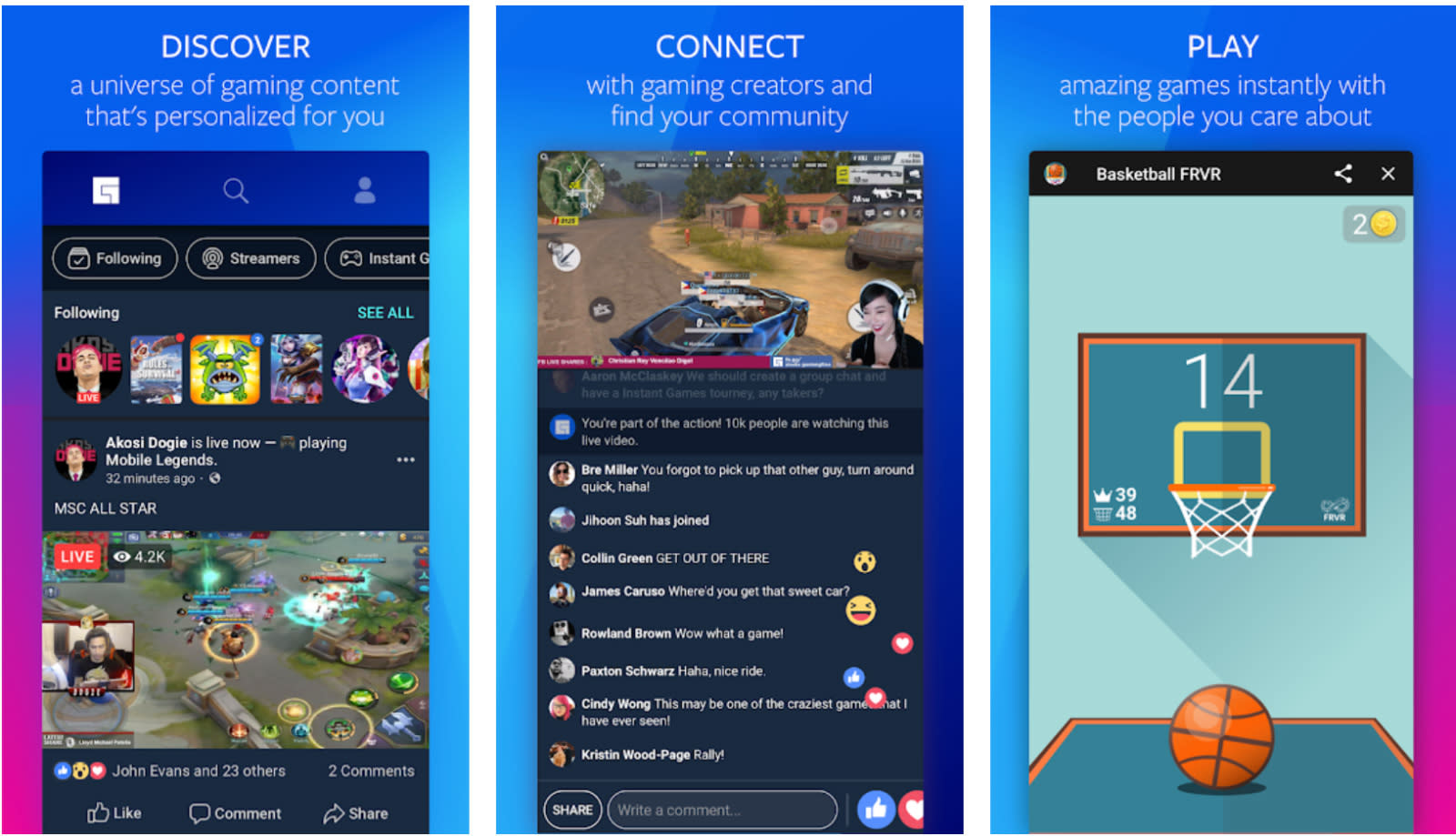 Facebook's new gaming hub is now available as a mobile app -- for a handful of people, that is. Sensor Tower and TechCrunch have noticed that Fb.gg has launched on Android in a limited beta test. It's ultimately a phone-optimized version of the portal you've seen on the web, although that's not a bad thing. It offers fast access to streams from people you follow, and gives you a chance to play Instant Games during downtime.

Don't expect to see a wider release in the near future. A spokeperson told Engadget that the app is currently only available in the Philippines with a "limited set of features." Whether or not there's a wider launch depends on feedback, Facebook said. You can read the full statement below.

There's no secret as to why the app exists: it's meant to take on game streaming rivals like Twitch, Mixer and YouTube, complete with subscriptions and an equivalent to bits (Stars). Facebook is moving in the opposite direction in one sense, though. Where YouTube is backing away from its dedicated gaming app, Facebook is just leaping in. It's no doubt hoping that it can succeed where YouTube ultimately failed.

"We recently started testing a standalone gaming app on Google Play that builds on the experience of fb.gg, our destination on Facebook for people to find gaming content in one place. The fb.gg app is currently in beta with a limited set of features and available in the Philippines. We're using the beta phase to get feedback from the gaming community and will make a decision on whether we roll it out further based on that response."

In this article: android, beta, facebook, facebookgaming, fb.gg, games, gaming, internet, livestreaming, mobile, socialnetwork, socialnetworking, videogames
All products recommended by Engadget are selected by our editorial team, independent of our parent company. Some of our stories include affiliate links. If you buy something through one of these links, we may earn an affiliate commission.