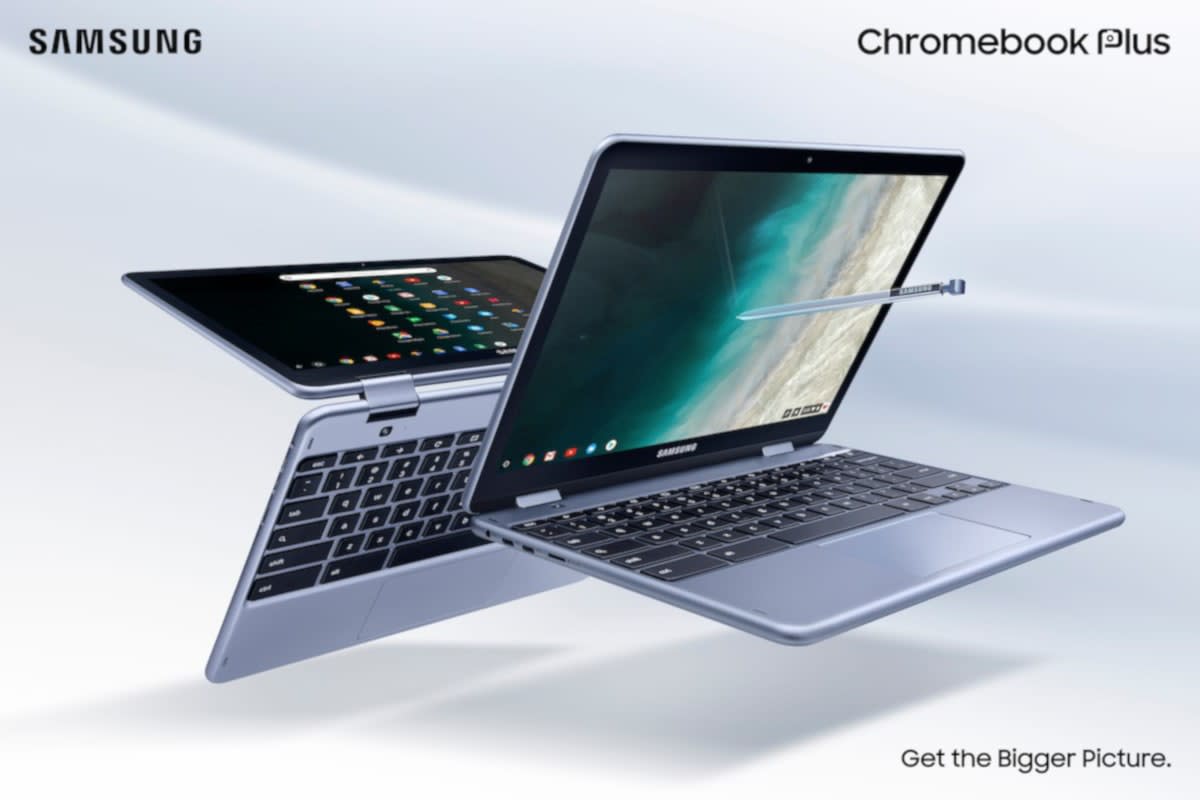 Back in June, Samsung launched a follow-up to the Chromebook Plus, replacing the original's ARM processor with a faster Intel chip and equipping it with a 13-megapixel rear-facing camera. Now, the tech giant has introduced an upgraded version of that upgraded version, giving it the ability to connect to the internet on its own even in the absence of WiFi or a device with hotspot. Called the Chromebook Plus V2 (LTE), it's still the same premium device released a few months ago, except it comes with LTE connectivity.

The 2-in-1 functions as a laptop or as a tablet, with a design that's comparable to other premium Chromebooks, such as HP's x360 14 and Lenovo's Yoga laptops. It also has a built-in pen, a 1-megapixel front-facing camera, 4GB of RAM and 32GB of internal storage. You'll be able to buy the LTE V2 from Samsung.com, Best Buy and Verizon starting on November 2nd. However, it'll set you back $600, which is $100 more than the non-LTE V2's price at launch. If you need to be connected wherever you go and think V2's LTE connectivity could be a good backup for your phone's mobile data, then that extra $100 might be worth it.

In this article: chromebook, chromebookv2, gear, lte, personal computing, personalcomputing, samsung, verizon
All products recommended by Engadget are selected by our editorial team, independent of our parent company. Some of our stories include affiliate links. If you buy something through one of these links, we may earn an affiliate commission.