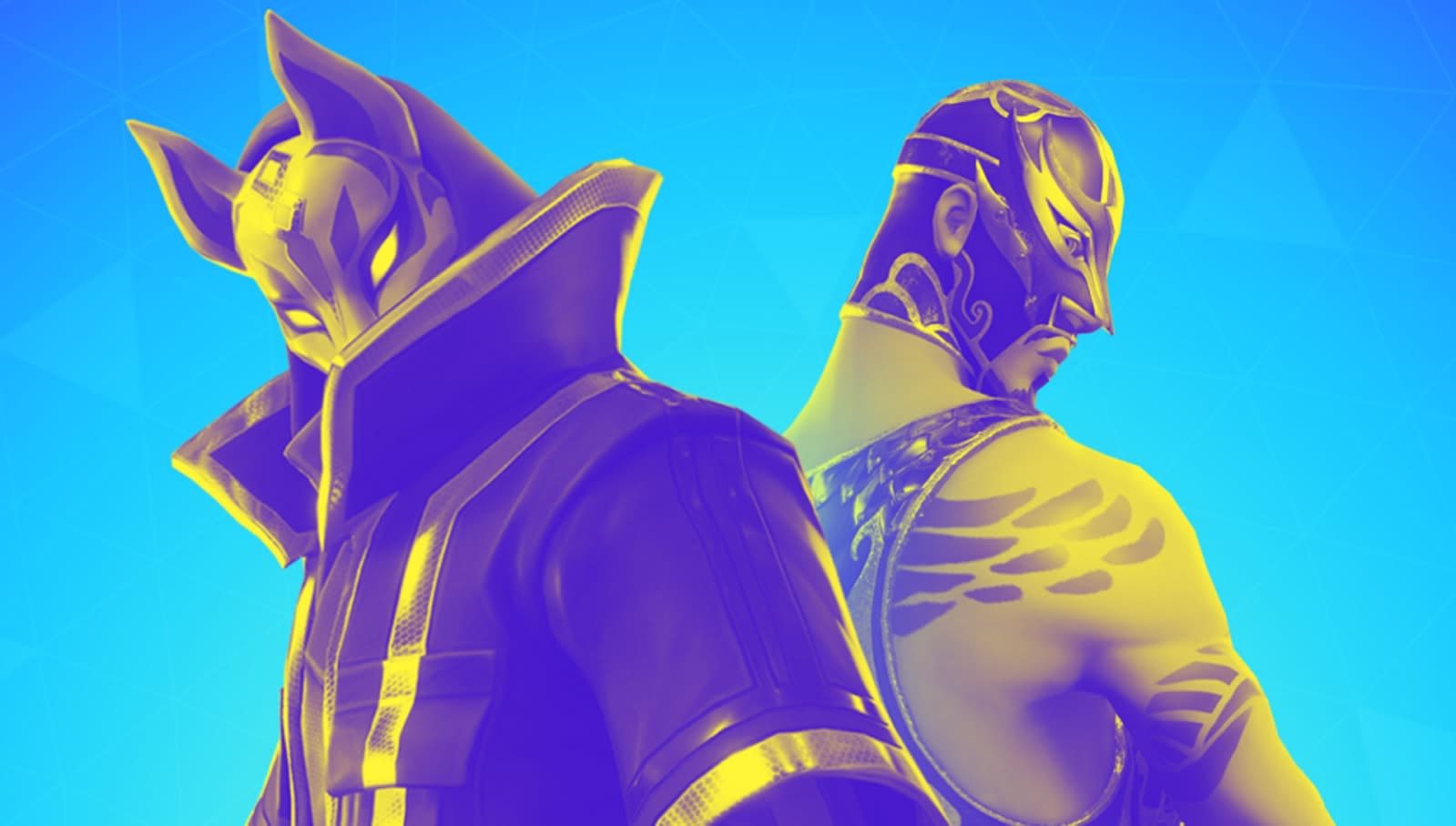 Fortnite's 6.10 update arrived today, and with it, a new Tournaments feature gives everyone what developer Epic says is the chance to "compete directly alongside the pros for prizes and glory." Each tournament session lasts several hours, and everyone starts with a completely clean slate. The objective is to earn as many points as possible, either by achieving high placements or eliminating multiple opponents. Each tournament has a target score to aim for -- hit it and you'll receive a shiny pin which in the future could advance you to the next level of the tournament, or qualify you to win prizes.

Epic has announced six tournaments to kick things off, each running for between two and five days and focused on different play modes. The Alpha Tournament and Salty Springs Cup are geared towards solo play, while the Beta Tournament and Tomato Temple Cup are focused on duo play. Friday Night Fortnite is designed for squads. All the details can be found on Epic's announcement page.

Matchmaking during tournaments will pair players with similar point standings. As Epic explains, "if you're playing well within the session you'll find yourself matched with stronger opponents. If you're struggling then you should find an easier time the longer the session goes on." Interestingly, players from all platforms will compete against each other as equals, regardless of whether they're playing on a mouse, controller or touch device. A controversial decision, perhaps, but Epic thinks it'll work.

"We've been observing the performance of controller players in our Summer Skirmish, PAX West, and Fall Skirmish tournaments while playing against mouse and keyboard players at the highest levels of competition," Epic says. "Competitors such as NickMercs, Ayden, KamoLRF, and AmarCoD have shown that controller players can be successful while competing against some of the best PC players in the world."

Combining everyone into a single competition will let players compete with their friends, and ultimately, highlight the very best competitors. How the decision will be received by the community remains to be seen, but as the update is live now, we won't have to wait very long to find out.

In this article: 6.10, av, competition, Epic, feature, Fortnite, gaming, personal computing, personalcomputing, Tournaments, update
All products recommended by Engadget are selected by our editorial team, independent of our parent company. Some of our stories include affiliate links. If you buy something through one of these links, we may earn an affiliate commission.