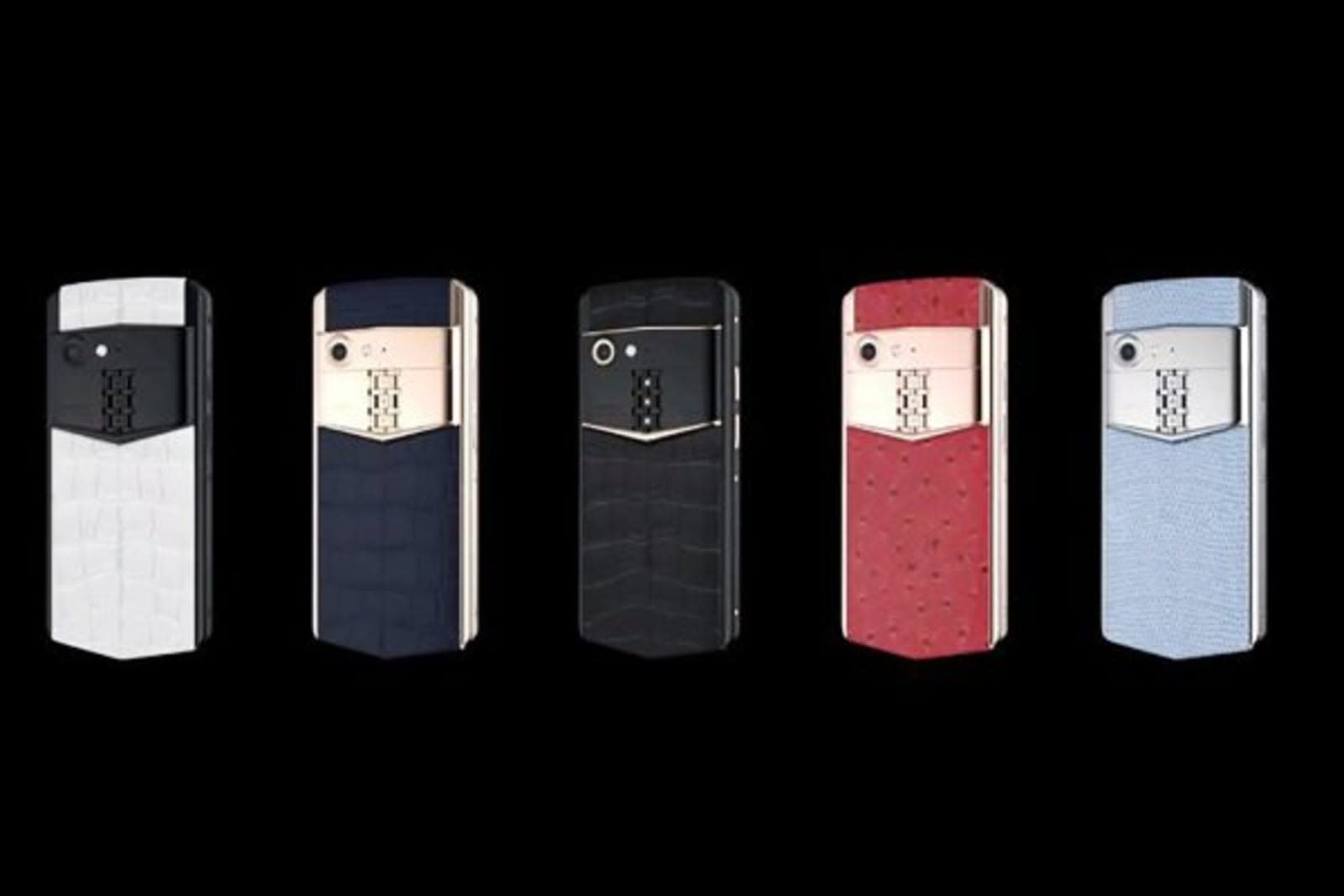 Like a very expensive phoenix emerging from gold-and-sapphire-tipped flames, Vertu has returned from its bankruptcy with its latest luxury smartphone. Aster P is a handmade device with a price tag that reflects that handiwork and the premium materials used to make it -- it'll cost you at least $4,000.

The 4.9-inch display is 133-carat sapphire crystal glass, and there's a grade-five titanium frame along with a rear panel covered in lizard or crocodile leather. Gull-wing doors open to reveal the dual nano-SIM trays. It wouldn't be a true luxury device without access to a butler, so the personal concierge button is back to provide you with just that, while you can snag invites to exclusive events.

Despite the opulent exterior, the specs leave something to be desired. It runs on Snapdragon's mid-range 660 CPU, which was released last year, and has 128GB of onboard storage and 6GB of RAM. The AMOLED screen has a resolution of 1920 x 1080, while the device has a 3,200mAh battery. Those specs are fine for a mid-range handset, but this is supposedly a luxury device.

The fact that it runs Android Oreo 8.1, last year's version of the OS, just makes it seem even more like Vertu was working on the phone before its bankruptcy and decided to release it anyway once it was back on its feet. Oddly, there's a 20-megapixel front-facing camera and a 12-megapixel rear camera, so perhaps selfies are paramount for Astor's target market.

Aster P costs about $4,200 for the blue, brown, black and orange models in the Baroque series. The black jade and white handsets in the Gothic series will set you back around $5,100. You'll need to have especially deep pockets for the dazzling gold model, which costs about $14,120. Phew.

The phone is only officially available for pre-order in China. But, really, if you have that much to drop on a luxury Android phone with mid-range specs, you can probably find a way of having sent to you elsewhere.

In this article: android, aster, asterp, gear, mobile, phone, smartphone, vertu
All products recommended by Engadget are selected by our editorial team, independent of our parent company. Some of our stories include affiliate links. If you buy something through one of these links, we may earn an affiliate commission.