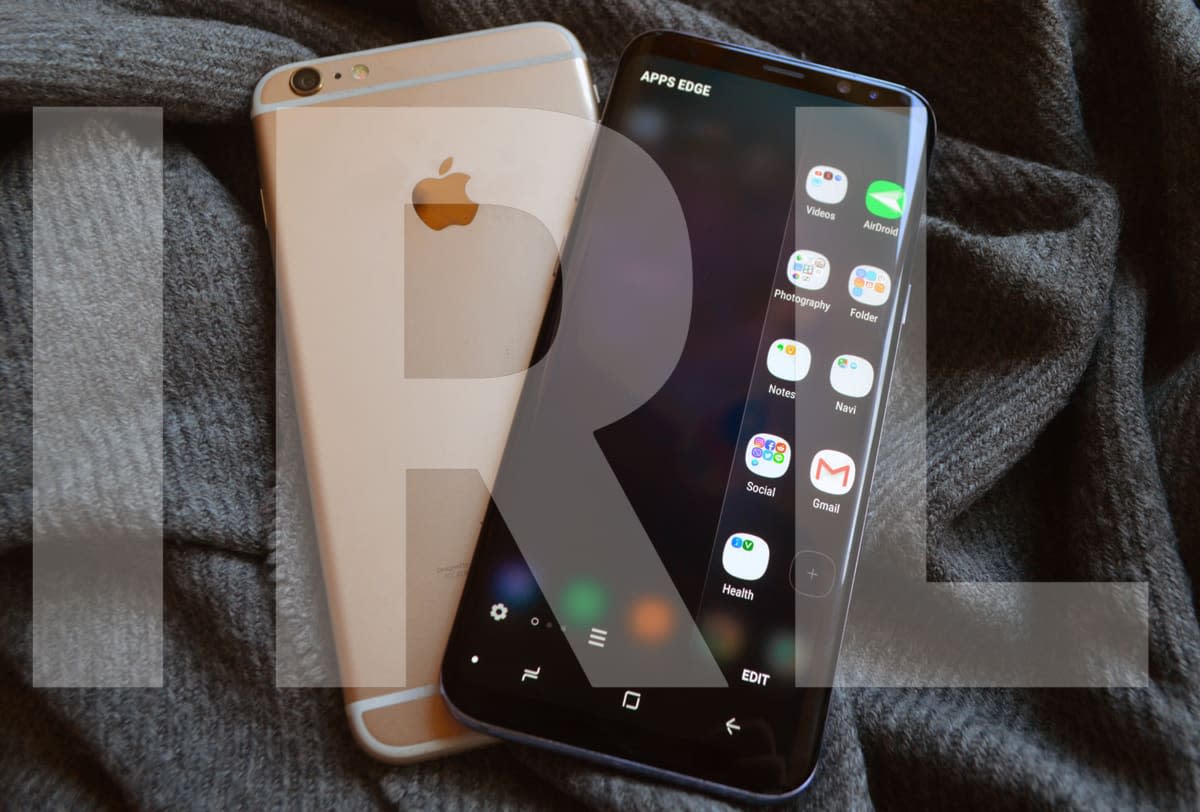 Associate editor Mariella Moon struggled when her old iPhone's touchscreen stopped responding. She went to the other side, and picked up a Samsung Galaxy S8. She's still with it -- but she's being careful. My first smartphone was an iPhone 4s. It was tough piece of technology that survived seven years of use and abuse in my hands and my dad's. We retired it earlier this year after it became too slow for daily use, but I'm sure that if I restored it to factory settings and got its battery replaced, it could serve another owner for a few more years. It's the reason why I bought an iPhone 6 Plus in 2015, and why I felt betrayed when my newer, larger smartphone was suddenly taken by the dreaded Touch Disease recently.

Okay, maybe the word "betrayed" is too strong — I'm not that much of a drama queen. Unlike back in 2015, when I knew I was getting another iPhone, though, losing my device to that touchscreen issue made me consider other options. Yes, the iPhone X was still one of them, but its price tag gave me pause: It cost over $400 more than the Samsung Galaxy S8 Plus earlier this year. The 64GB iPhone's price tag here in the Philippines was also around $300 more than in the US. I chose to get the Galaxy S8 Plus instead.

I wasn't exclusively an iOS user before the Galaxy S8 Plus. However, my previous experience with Android was limited to the very first Samsung Galaxy Tab 10.1 and to the more affordable devices tech giants release in developing markets. While I loved my Galaxy Tab, it was slow and janky out of the box. The affordable Android phones I've handled were decent, but their performance reflected their typically older and cheaper components.

The Galaxy S8 Plus, however, feels smooth and seamless. Yes, its software still isn't vanilla Android, but it's a far cry from the Galaxy Tab's stuttery TouchWiz-flavored OS of yesteryear. Plus, it's much faster than my parents' mid-range Samsung phones.

After almost a decade of using an iOS device as my everyday phone, I'd be lying if I said that the Galaxy S8+ didn't confuse me at first. I kept looking for apps likes Notes, which is tied to my MacBook's iteration. I kept forgetting that I had to swipe down to access the app drawer, and my thumb kept wandering to the bottom of the screen and searching for that home button. (I would've had the same issue if I'd gotten the iPhone X instead, though.)

It didn't take me too long to become familiar with my new phone, but the one thing I'm realizing is how customizable Android is compared to iOS. One feature I truly appreciate and regularly use, is Samsung's Edge panel. I can launch apps without having to leave the one I'm in, simply by swiping from the margin of my phone. Now up to speed, I barely ever visit my App Drawer, because I make sure the Edge panel is always updated with shortcuts to my favorite apps.

Another thing I also had to get used to is the structure of the hardware. While I did lose my iPhone 6+ to the Touch Disease, which (according to Apple) is caused by dropping the device on hard surfaces, I never really had to worry about accidentally bumping the iPhone's edges. A few weeks into owning an S8 Plus, however, I noticed a growing black blob on its margin: Its internal screen was broken, and I had to bring it in for repair. Thankfully, Samsung quickly replaced its display panel, and I got my phone back within a few days.

I bought a case that can adequately protect the Galaxy S8 Plus's margins after that. It's not such a huge inconvenience that I'd regret getting an Android flagship instead of an iPhone, though. In fact, I'd probably go for another Android flagship after my S8 Plus conks out, seeing as their equivalent Apple rivals are only getting more expensive.

In this article: BuyersGuide, gadgetry, gadgets, gear, irl, mobile, newirl, thebuyersguide, whatwerebuying
All products recommended by Engadget are selected by our editorial team, independent of our parent company. Some of our stories include affiliate links. If you buy something through one of these links, we may earn an affiliate commission.