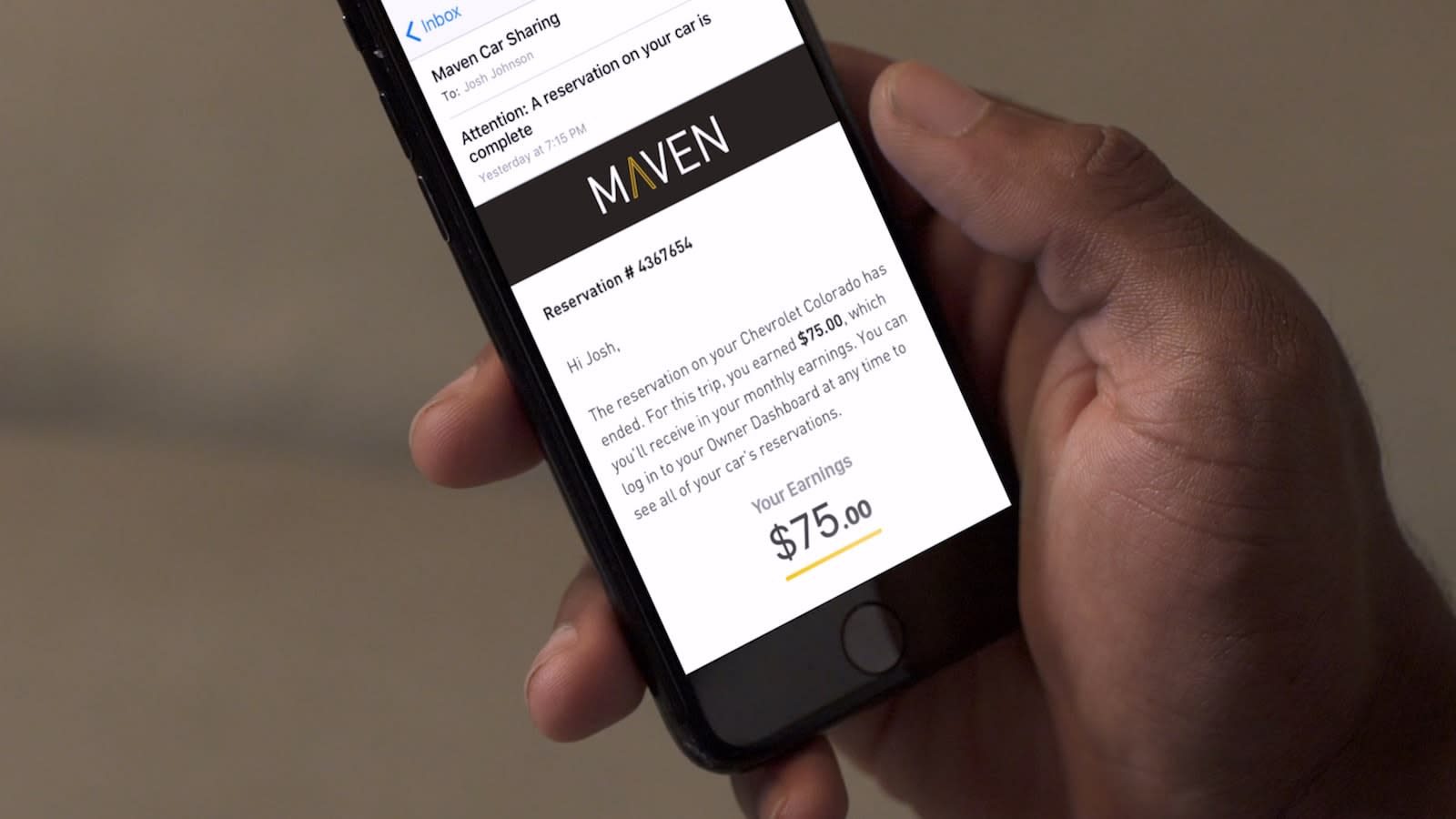 Earlier this year, GM unveiled a peer-to-peer car-sharing service, expanding its Maven platform to allow GM owners and qualified lessees to rent out their own vehicles. At the time, the company said the service was in beta in Chicago, Detroit and Ann Arbor, Michigan, but GM has now announced that it's bringing the peer-to-peer car-sharing service to 10 US cities in the coming months. By the end of the year, the service will be fully launched in Ann Arbor, Baltimore, Boston, Chicago, Denver, Detroit, Jersey City, Los Angeles, San Francisco and Washington, DC.

GM launched Maven in 2016, a Zipcar-like service that let users grab short-term rental vehicles from designated pick-up spots. It later expanded the service, allowing drivers to rent cars for longer periods of time, and introduced Maven Gig, which let users rent a vehicle for jobs like delivering food or driving for Lyft or Uber. GM rolled out its peer-to-peer service in July. The company says its Maven platform has collectively driven 338 million miles and totalled 186,000 reservations.

In this article: CarSharing, gear, GM, maven, PeerToPeer, services, transportation
All products recommended by Engadget are selected by our editorial team, independent of our parent company. Some of our stories include affiliate links. If you buy something through one of these links, we may earn an affiliate commission.