What to expect from Apple's iPad and Mac event

The last time we trekked to an Apple event, the company showed off three new phones that everyone saw coming a mile away. That's not to say the XR, XS and XS Max were in any way lacking; it's just that the leaks told us a thorough story of some logical upgrades to the stuff we got the year before. You can always count on Apple to regularly release new phones, but the same can't be said of other kinds of Apple hardware.

That's what makes the company's next launch event (in Brooklyn, for whatever reason) so interesting. Once again, we have a pretty good idea of what it plans to show off, thanks to months of rumors and supply chain intrigue. This time, though, Apple seems set to deliver what some die-hard fans have wanted for years: meaningful updates to Macs that have largely gone neglected (oh, and some new iPads, too).

The show starts in earnest at 10 AM on Tuesday, October 30th, and we're getting ready to bring you as much coverage from the ground as we can. In the meantime, though, let's take a closer look at the things we're pretty sure Apple plans to show off and dig into why they're so important. 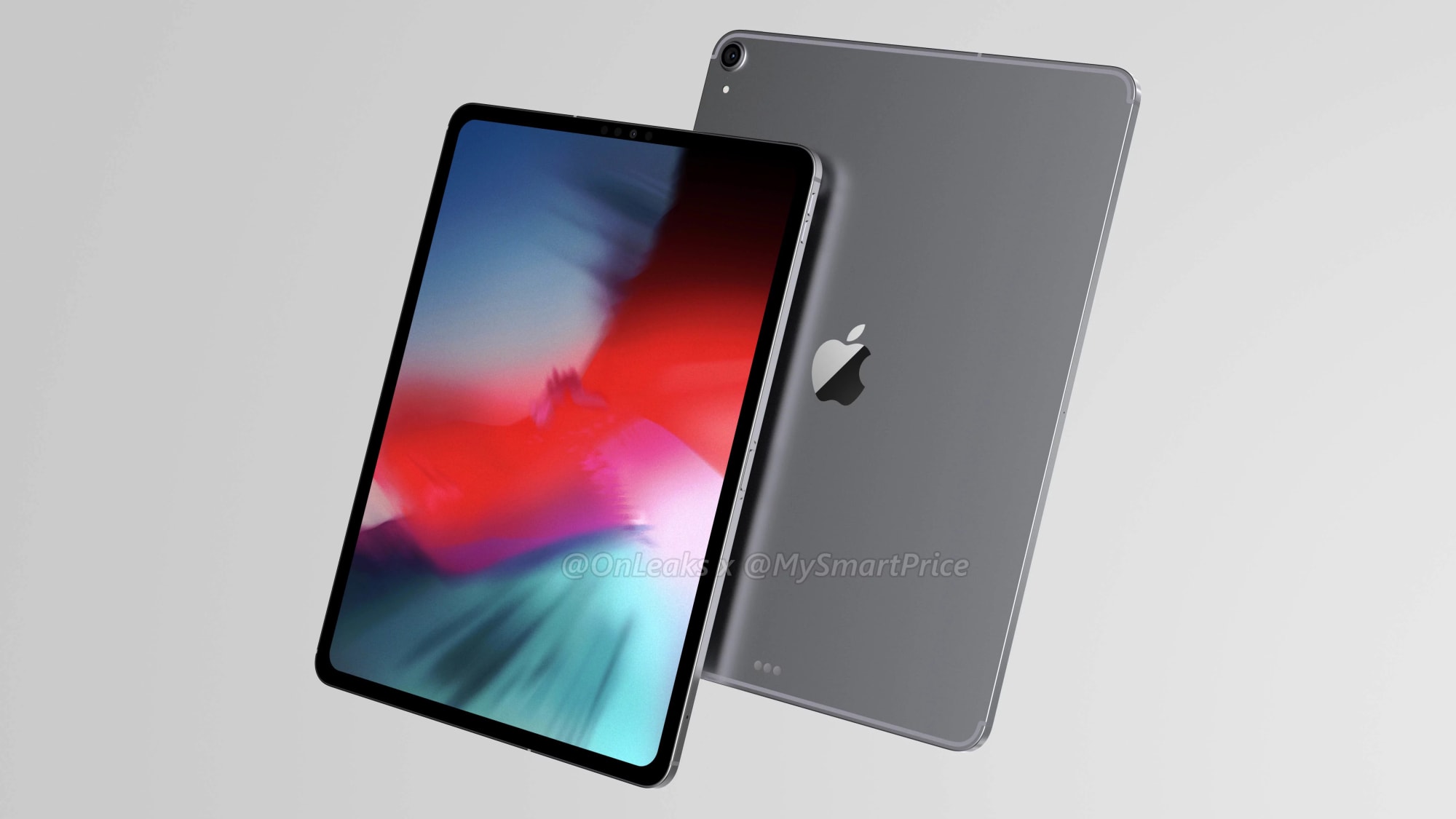 If there's a single sure thing about this event, it's that Apple will reveal a massively updated iPad Pro, one with barely-there bezels, a Face ID sensor and a USB-C port for charging and data transfer. The move will bring Apple's premium tablets more in line with the iPhone X's design language, which was only a matter of time. A few other things worth noting: As usual, we expect to see the new 11-inch and 12.9-inch Pros running with an improved version of the A12 Bionic chipset we saw in this year's iPhone Xs, but Bloomberg suggests that these will be the first iPads to use one of Apple's in-house GPUs.

We're also expecting Apple to stick with tried-and-true LCDs for this generation of iPads rather than switch to the sorts of beautiful OLED panels it embraced for the iPhone X. We can't say we're surprised, since an OLED iPad Pro would probably come with an eye-watering price tag, but Apple's choice here doesn't raise many concerns. The company's current ProMotion LCDs refresh 120 times per second, which makes motion on the iPad Pro look almost shockingly smooth, and they're already some of the best-looking displays you'll find on a tablet. 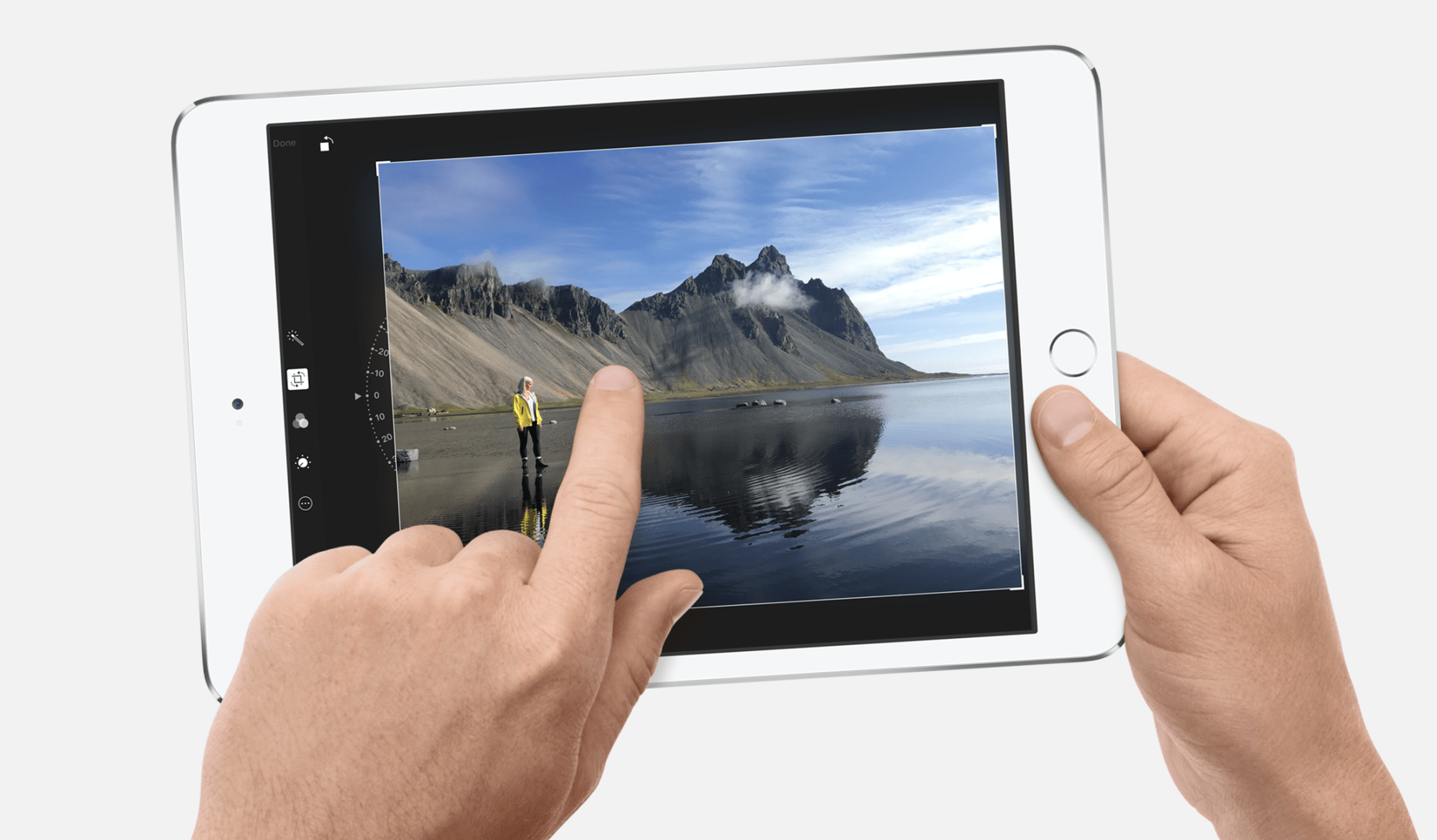 The iPad Pro might not be alone either. A handful of recent reports also suggest that Apple may reveal an updated iPad mini next week, and all we can say in response is it's about time. Aside from some tweaks to storage capacity and price, the company hasn't updated its tiniest tablet since 2015. People who prefer having a small iPad (as opposed to, say, a really big phone) were left without a viable upgrade option, but that might not be the case for long.

A research note from supply chain analyst Ming-Chi Kuo suggests the new model will get a faster chipset (obviously) and a lower-cost display, which, if true, sounds as though Apple is trying to build a basic tablet in line with its current 2018 iPad. That makes sense on the surface but raises an interesting question: If Apple's basic, 9.7-inch iPad only costs $329, how much will it charge for an even smaller variation on the theme? 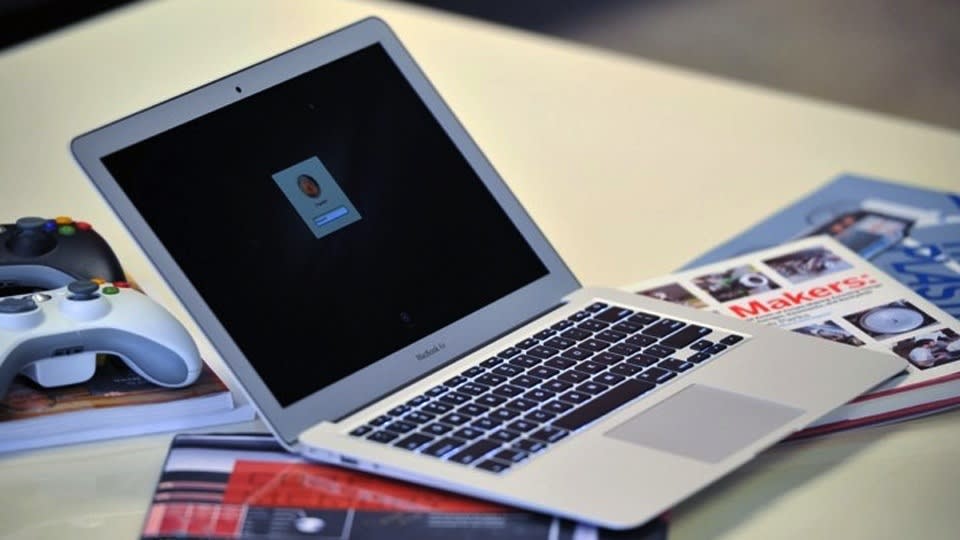 Now we're getting to the stuff people have been dreaming about. For years, Apple has been more than happy to leave its venerable MacBook Air largely untouched. It got a minor spec bump last year, but it otherwise hasn't been updated since 2015. That's almost certainly going to change next week: Apple is expected to show off an entry-level MacBook with a Retina display meant to act as a successor to those old Airs. (Don't expect Apple to hang onto the Air branding though.)

Recent filings with the Eurasian Economic Commission confirm the existence of multiple Mac models, and those dovetail nicely with the rumors we've heard so far. It's just too bad those filings don't actually offer any noteworthy details. Will this be a more traditional Air successor, with full-size USB ports? Bloomberg reports that Apple is, in part, pitching this machine at schools, so we can't rule out that possibility completely. Then again, we might just be looking at a less-expensive taste of #donglelife. We'll find out one way or another soon enough. 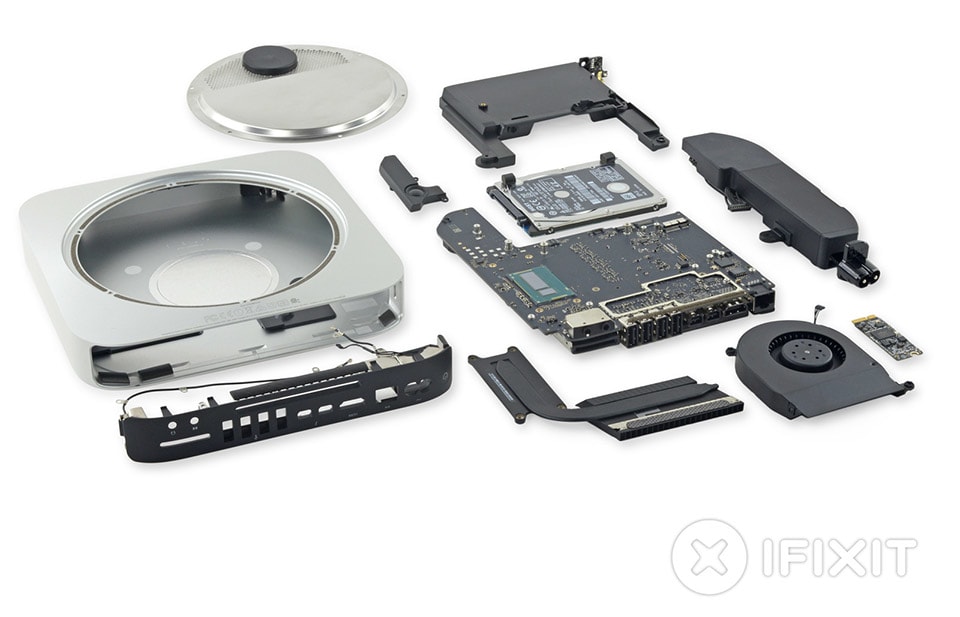 A Mac mini for pros?

This one has us scratching our heads a bit. A Bloomberg report from earlier this year suggested Apple was working on an updated version of its cheap, headless desktop geared toward "pro" users. Here's the real question though: Which pros is Apple trying to reach? New processor and storage options mean the new mini will probably be good enough for app developers, but what about high-end video editing and the other professional creative endeavors Macs are often used for?

Apple's desktops and notebooks have always been popular among creatives, but there's little question that some of the company's recent hardware decisions have left some pros feeling spurned. Limited ports, designs that prevented future progress, noticeable CPU throttling in very expensive hardware -- the list of issues goes on. We know that Apple has an internal team dedicated to addressing the pro market's needs, so here's hoping this Mac mini offers a valuable taste of what it's figured out. 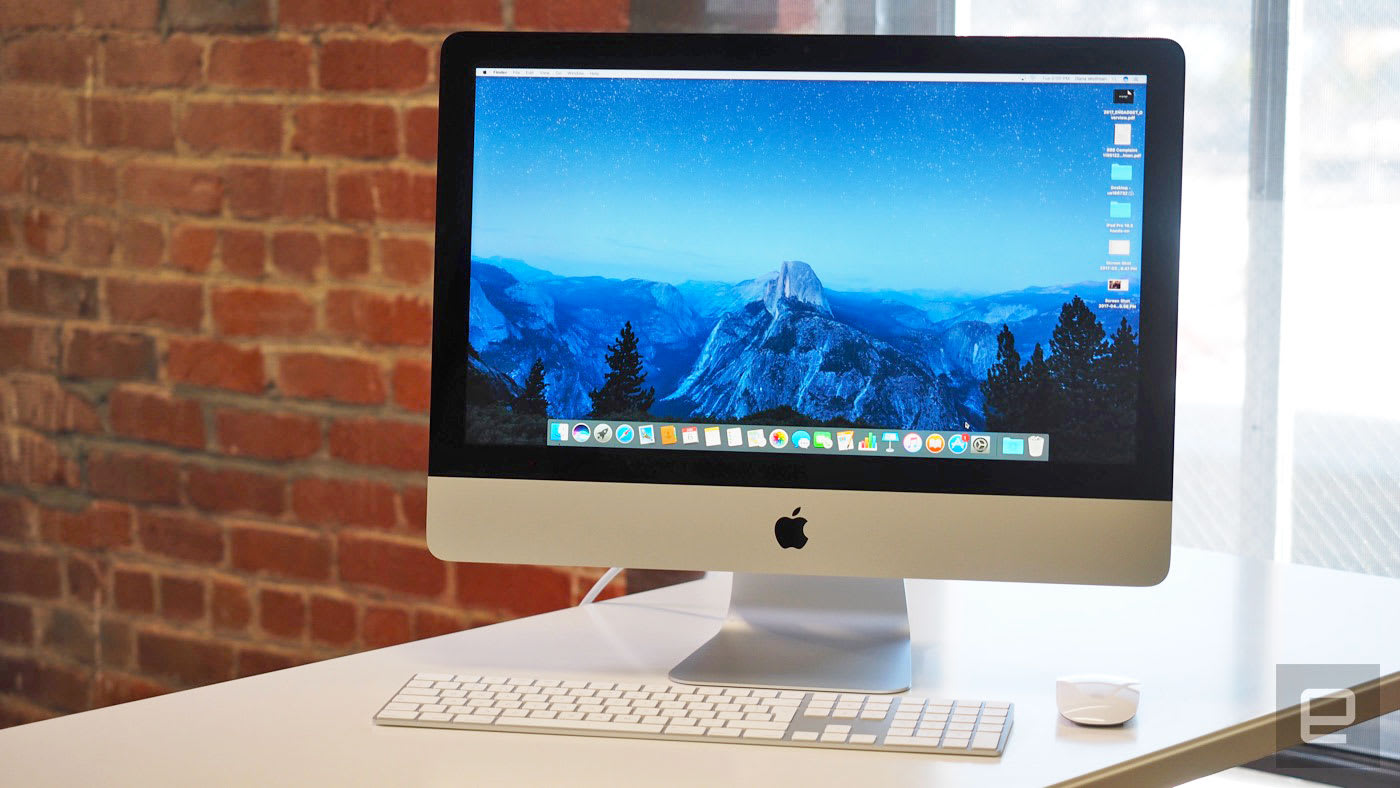 Seems like there's going to be something for everyone next Tuesday. The same filings that confirmed the existence of a new MacBook also revealed that Apple plans to show off some updated iMacs. Again, details are light right now. It's possible the iMac Pro will get some kind of nod, but that doesn't seem super likely: It's been on sale for less than a full year, after all. Instead, expect Apple to pay more attention to its more standard desktops: Ninth-gen Intel processors would be nice, but honestly, I'd settle for the company squeezing Retina displays into its base-level iMacs. 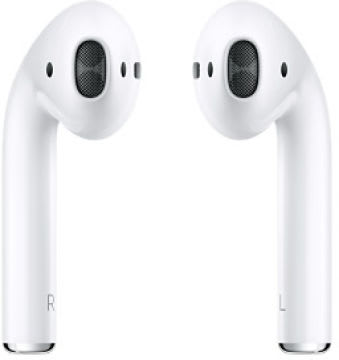 Last year, Apple revealed that it was building a wireless-charging mat that would play nice with iPhones, AirPods and Apple Watches all at the same time. And... that was pretty much the last we heard about it. The company didn't say a word about the AirPower at its iPhone XS launch event, marking a full year without an update. With any luck, Apple will say something about it next week; even a brief update would be better than radio silence.

And if Apple does shed some light on AirPower on Tuesday, there's a good chance it'll have an updated set of AirPods to discuss too. We've heard the company is working on an improved set of wireless earbuds with better audio quality and noise cancellation for 2019, and we'd be surprised if Apple were already gearing up to talk about them. If we get any AirPod chatter at all, it'll likely be for an updated interim model with a case that supports wireless charging.

Considering the changes happening across Apple's product lines, it's no wonder the company has to hold three major launch events this year. Everything we've heard so far suggests Apple's going into this holiday season with a strong hardware lineup, but the company has its work cut out for it. Just look at the competition this year: Microsoft revealed a beautiful new set of Surfaces, and Google just released its flagship tablet and smartphones. Your shopping decisions aren't going to be easy, but hey, at least we're spoiled for choice.

All products recommended by Engadget are selected by our editorial team, independent of our parent company. Some of our stories include affiliate links. If you buy something through one of these links, we may earn an affiliate commission. All prices are correct at the time of publishing.
What to expect from Apple's iPad and Mac event
airpods
airpower
apple
gear
imac
impressions
ipad
ipadpro
mac
macmini
mobile
pc
pcs
personal computing
personalcomputing
preview
tablet
tablets