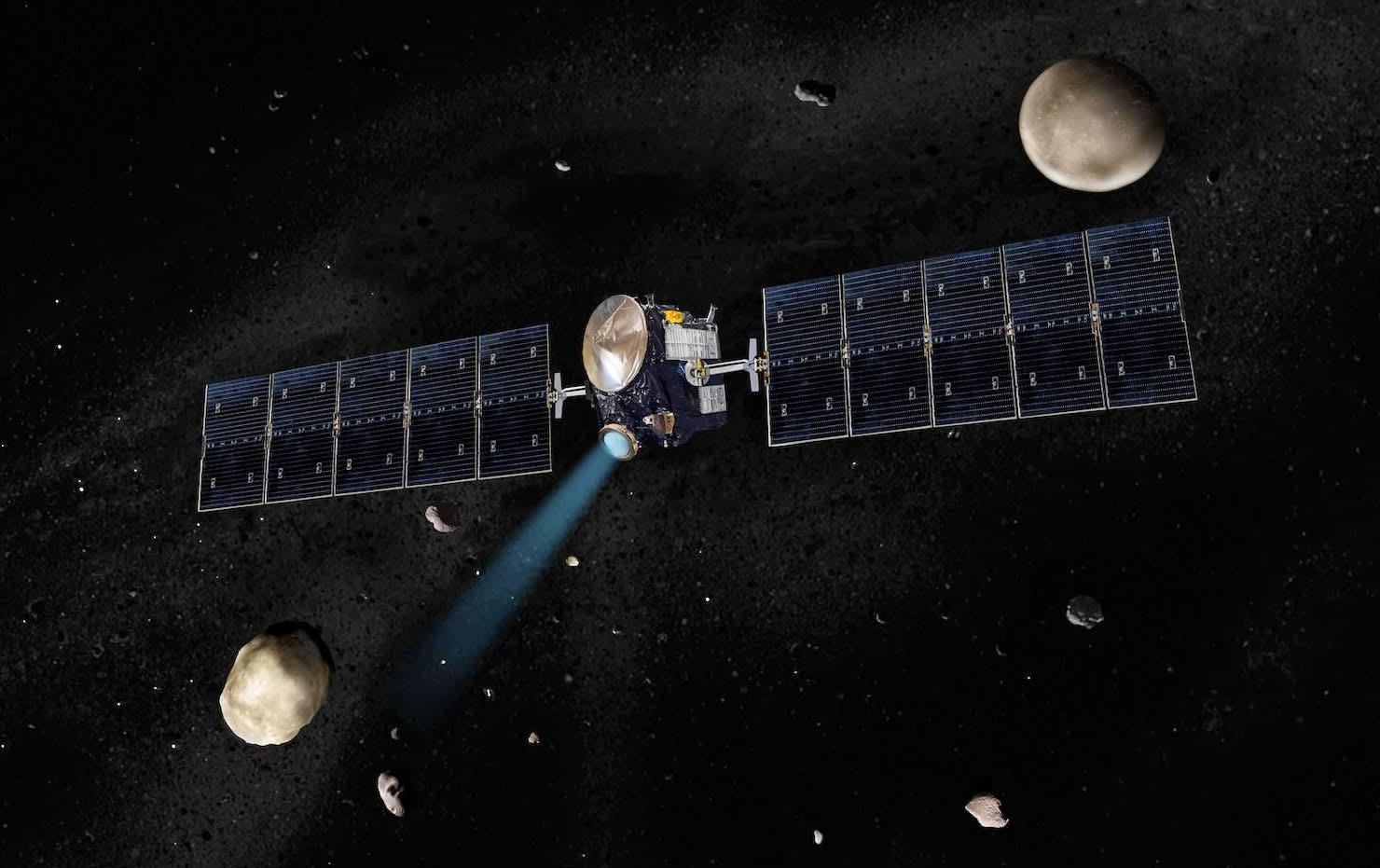 NASA's Dawn spacecraft has run out of fuel, and its mission has come to an end. Launched in 2007, Dawn orbited the two largest bodies in the main asteroid belt -- Vesta and Ceres -- collecting valuable data that have helped scientists understand how objects formed in the early solar system. "Today, we celebrate the end of our Dawn mission -- its incredible technical achievements, the vital science it gave us and the entire team who enabled the spacecraft to make these discoveries," Thomas Zurbuchen, associate administrator of NASA's Science Mission Directorate in Washington, said in a statement. "The astounding images and data that Dawn collected from Vesta and Ceres are critical to understanding the history and evolution of our solar system."

Dawn arrived at Vesta in 2011, becoming the first spacecraft to orbit a body in the region of space between Mars and Jupiter. It then went on to orbit the dwarf planet Ceres in 2015, making it the first spacecraft to both visit a dwarf planet and orbit two bodies beyond Earth. While Vesta and Ceres both formed during the early solar system, they're quite different from each other, and researchers wanted to study them both in order to better understand what may have contributed to their vast differences. The data Dawn collected during its mission revealed how important location is to the formation and development of objects in our solar system and that it's possible dwarf planets may have had, or maybe still do have, oceans.

This is the second spacecraft we've had to say goodbye to this week. NASA retired Kepler as well, which had also used up every drop of its fuel. However, like Kepler, Dawn has still provided scientists with enough data to keep them going for some time. "In many ways, Dawn's legacy i­s just beginning," said Dawn Princ­­ipal Investigator Carol Raymond. "Dawn's data sets will be deeply mined by scientists working on how planets grow and differentiate, and when and where life could have formed in our solar system. Ceres and Vesta are important to the study of distant planetary systems, too, as they provide a glimpse of the conditions that may exist around young stars."

Without any fuel left, Dawn can no longer point its antennas towards Earth or turn its solar panels towards the Sun for recharging. It will remain in orbit around Ceres for at least another 20, and maybe as many as 50, years.

In this article: asteroidbelt, ceres, dawn, gear, nasa, SolarSystem, space, spacecraft, vesta, video
All products recommended by Engadget are selected by our editorial team, independent of our parent company. Some of our stories include affiliate links. If you buy something through one of these links, we may earn an affiliate commission.