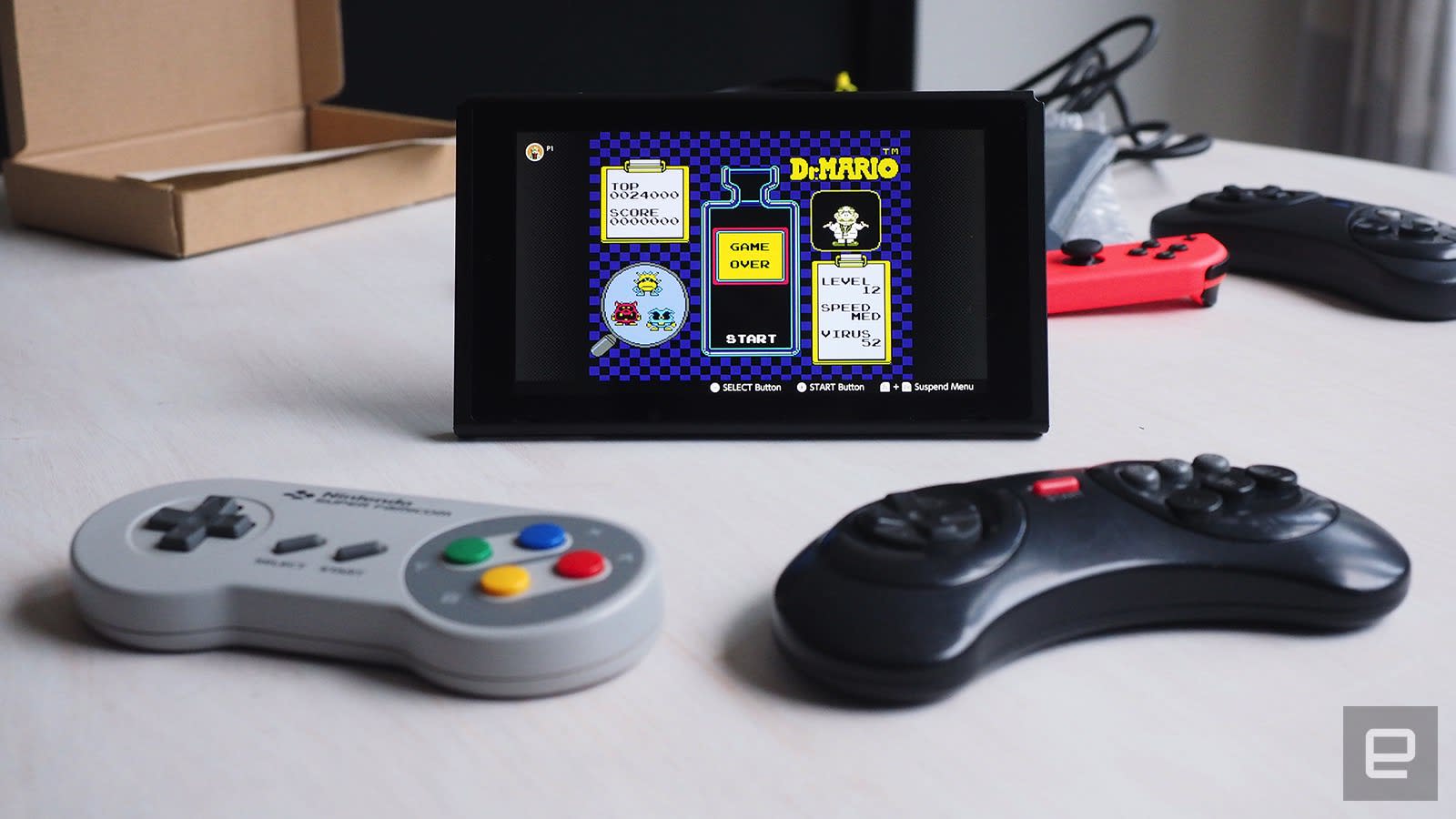 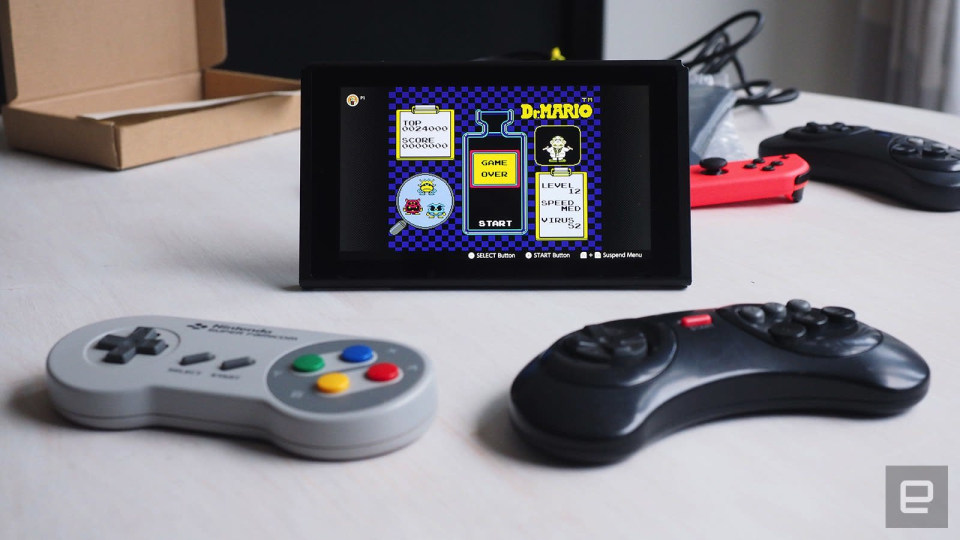 The mini-console trend isn't just a case of repackaging classic, beloved games and cashing in on our shared retrophilia. There's also a practical reason for their existence: Most old consoles are incompatible with today's TVs. Unless you've held on to a CRT, you've got no choice but to seek out special signal converters or, more likely, let your best childhood friend gather dust in a closet. But there is a middle ground. With 8BitDo's $20 mod kits, you can, at least, give those classic controllers a new lease on life by repurposing them for the Bluetooth era. 8BitDo is best known for its throwback-style Bluetooth gamepads, but a few months ago, it released DIY modding kits for original NES, SNES and Sega Mega Drive controllers. As the name suggests, some assembly is required. Luckily, it was simpler times back then, before DualShock 4s with thumbsticks and touchpads. All you have to do to make an old controller new again is swap out a single circuit board.

The procedure is at once simple and fiddly. Using the screwdriver included in the kit, it took me all of 30 seconds to take apart an original Super Famicom controller and remove the old circuit board. Positioning 8BitDo's replacement green wafer wasn't any more difficult, but it did take me about 15 minutes to figure out why the two halves of the controller were unwilling to fit snuggly back together. Turned out one of the wires that links the main circuit board to the trigger pieces was getting caught on a bit of plastic. 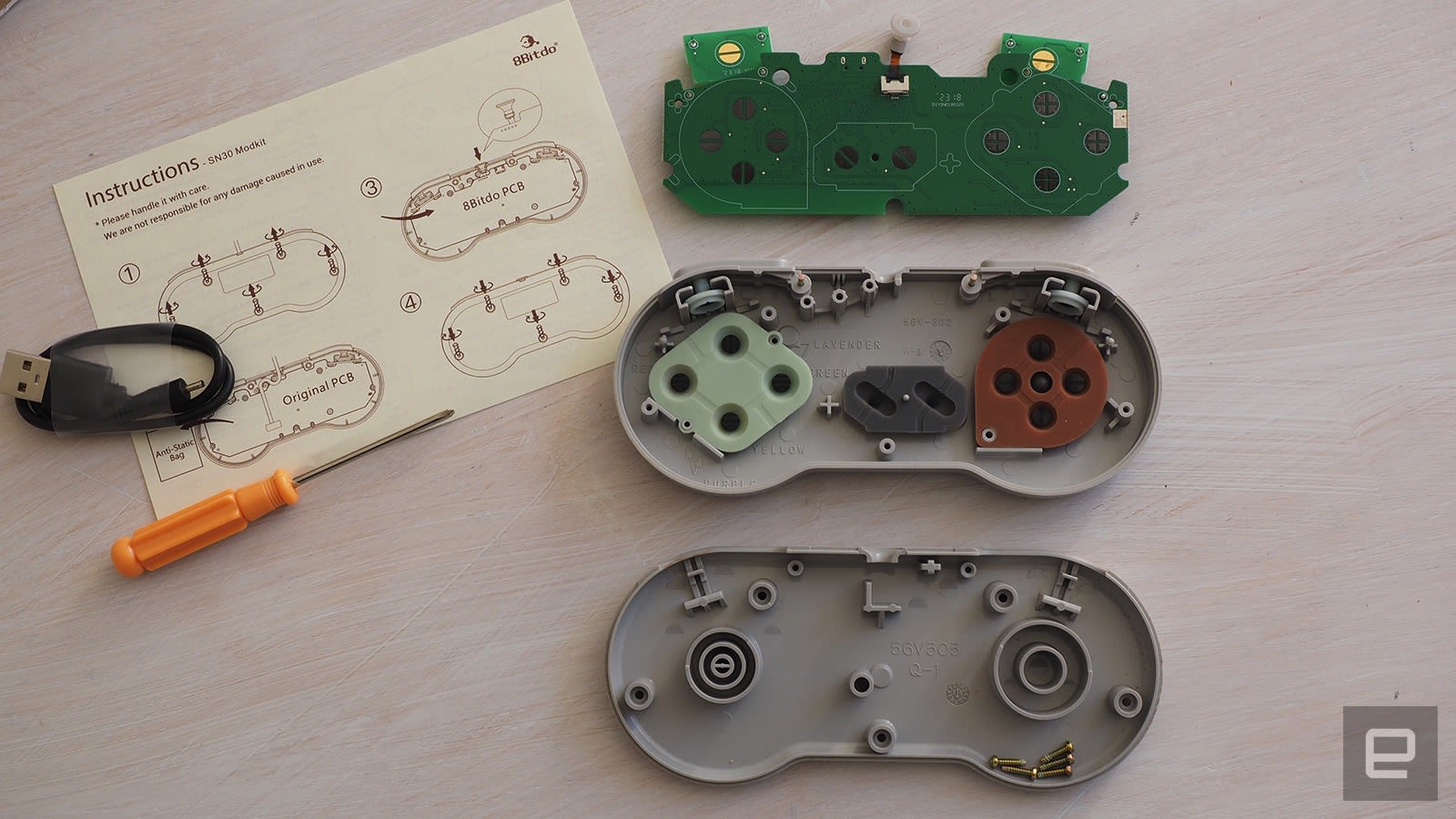 I was hesitant to prod and pull at this wire too much in case I tore it from its solder point, and nervousness isn't unwarranted here. The modding process isn't complicated, but the components are delicate -- too delicate, perhaps. The only opening in the upcycled controller is where the old cable used to be, and that's not big enough for any kind of charging standard like micro-USB. Instead, you get what looks like a really old Nokia charging port: a hole with a thin pin in its center. I could picture myself wrecking it in one clumsy movement. And I did, in a way.

I hadn't quite fitted this charging port into the controller correctly. It was poking out at an odd angle, so I took it apart again, and snapped it clean off as I was trying to reposition it. In hindsight, I think I damaged it during the initial installation as I couldn't get the controller to charge, hence opening it back up again to check out the port.

Playing Operation with the Mega Drive controller was much easier. There's just one circuit board, with a solid micro-USB slot soldered straight on to it and no trigger pads flopping around. The cable you get with the Mega Drive kit is much longer, too, though you have to jam it deep into the hole where the original tether used to be to get a solid enough connection to charge it. The only problem I had with this kit was the first controller that arrived from eBay was a fake, with a much smaller circuit board and not enough space for the 8BitDo replacement. 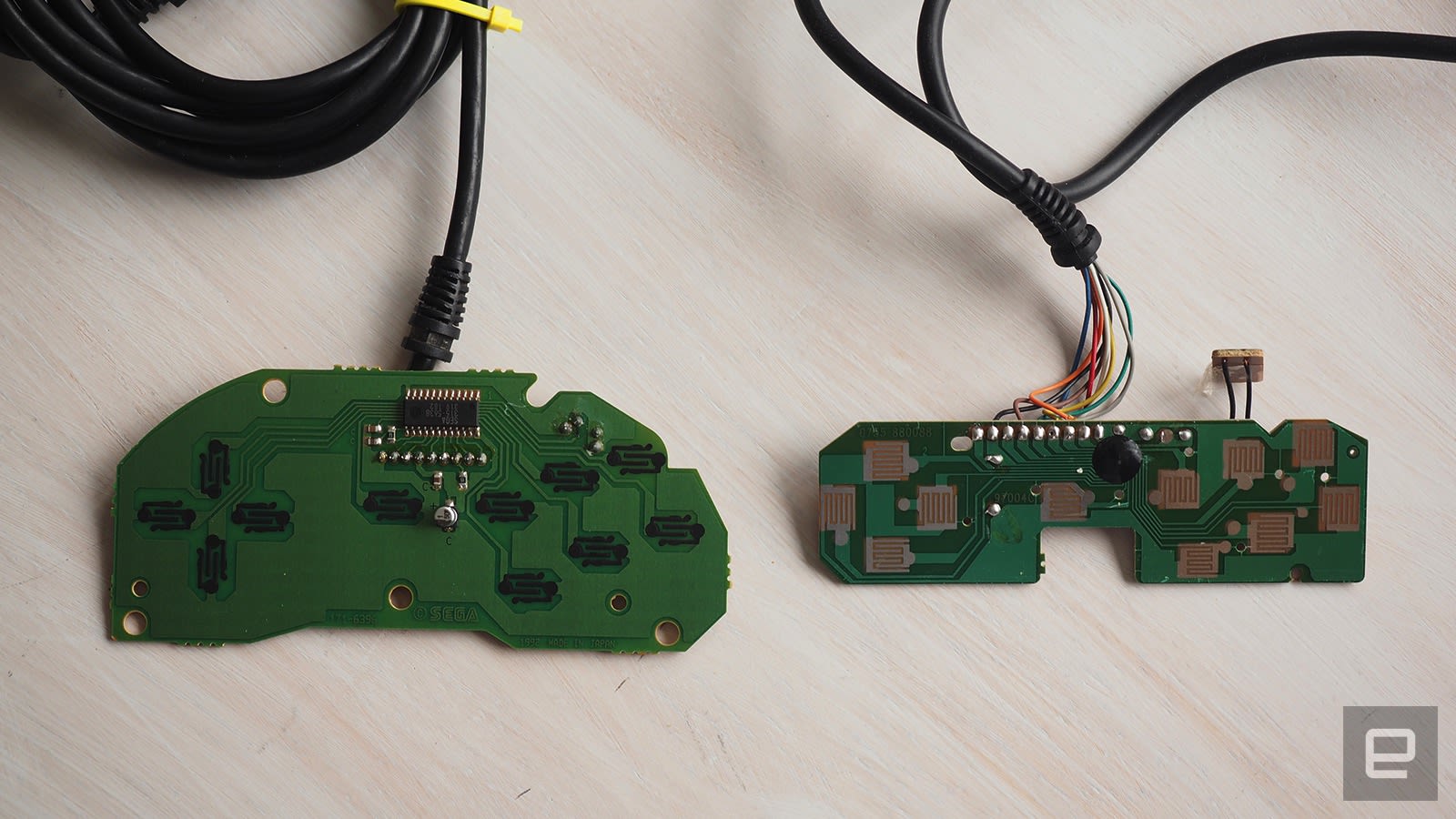 Once I had them up and running -- 8BitDo sent me another SNES kit after I broke the first, and I bought another, legitimate, Mega Drive controller -- both worked without issue. I had to double-check the instructions a few times because you turn them on with different button combinations depending on what you want to connect them to. Both paired instantly with my Switch and MacBook and were very responsive, which is to say there's no noticeable lag between input and action.

On the Switch, I messed around with a few of the old NES games you can now play with the online subscription. And on my laptop, I made a start on Castlevania: Aria of Sorrow for the Game Boy Advance (run through OpenEmu).

The SNES controller is much easier to use with the Switch since the button layout is Nintendo-ready, but the Mega Drive pad still works fine. OpenEmu identified both controllers as PS4 Dualshocks, but button mapping works as it should.

These old controllers might not be as well-built or ergonomic as modern ones, but when the screen is fast filling up in Dr. Mario, I'm not paying a great deal of attention to what pad I'm using. In that sense, they are all about that old-school feel and aesthetic. 8BitDo's kits simply make them viable options for your modern systems: Windows or Mac PCs, Android devices and the Raspberry Pi. A charge time of half an hour for 10 hours of play isn't too shabby, either. 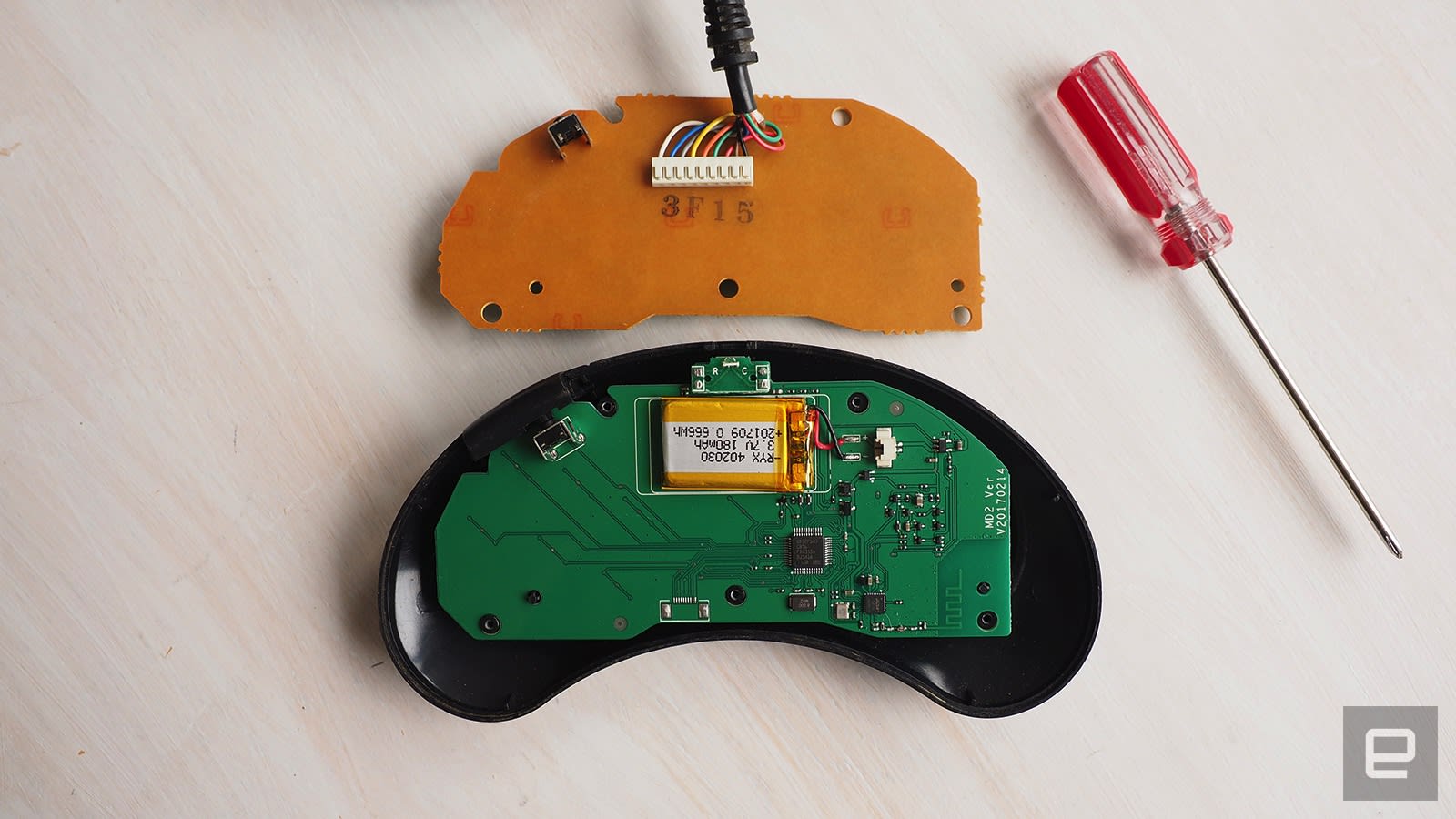 If you're careful not to break them during assembly, they are perhaps the ultimate fanboy accessory. I mean, does it get any better than playing The Legend of Zelda, on your Switch, with an original, wireless, NES pad? Exactly.

All the DIY kits are available to buy direct from 8BitDo for $20 a piece. There is also an abundance of cheap original controllers on sites like eBay if you don't have any lying around (though beware of fakes from the likes of "SEQA Enterprises"). Still, it might be cheaper to just buy one of 8BitDo's readymade, retro-styled controllers if that sounds like too much effort.

There is an added benefit to repurposing an old pad if you happen to have one, though. If you ever do decide to dust off that retired SNES at some point in the future, a simple circuit board switch will restore it back to its original tethered form.

In this article: 8bitdo, 8bitdodiy, av, bluetooth, controller, diy, do it yourself, doityourself, gamepad, gaming, gear, genesis, hands-on, macos, megadrive, mobile, nes, peripherals, personal computing, personalcomputing, raspberrypi, snes, superfamicom, switch, windows
All products recommended by Engadget are selected by our editorial team, independent of our parent company. Some of our stories include affiliate links. If you buy something through one of these links, we may earn an affiliate commission.