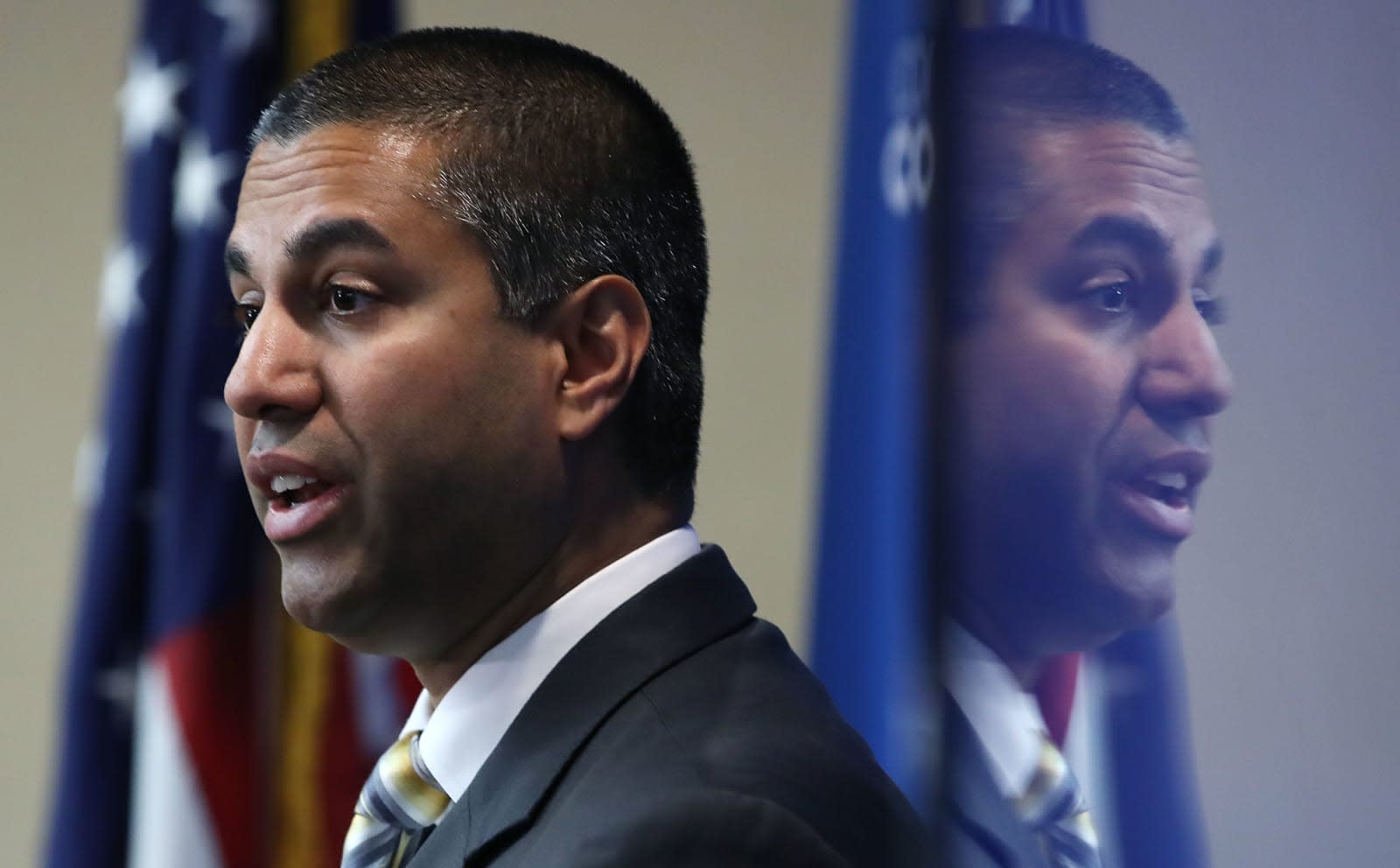 Even if you don't agree with Ajit Pai's stance on some important issues, you might still want to hear about his latest campaign against robocalls. The FCC chairman has demanded (PDF) the adoption of a robust call authentication system to prevent caller ID spoofing, telling American carriers to implement the technology no later than 2019. Pai has sent letters to the CEOs of 14 voice providers to ask them to conjure up concrete plans to adopt the SHAKEN/STIR framework, which would validate legitimate calls across networks before they reach recipients. That would block spam and scam robocalls from going through, so you don't have to be wary of answering calls anymore.

Chairman Pai sent letters to 14 CEOs of voice providers this afternoon, asking those who have not established plans to implement call authentication to do so without delay or the FCC will take action. The letters are available here: https://t.co/fZtSocsYA9

"Combatting illegal robocalls is our top consumer priority at the FCC. That's why we need call authentication to become a reality -- it's the best way to ensure that consumers can answer their phones with confidence. By this time next year, I expect that consumers will begin to see this on their phones," Pai said in a statement.

He asked the carriers about their implementation plans and warned that if it doesn't seem like the call authentication system is on track to get up and running by 2019, the FCC will take action. Pai didn't elaborate on what the FCC will do, but the agency says it "stands ready to ensure widespread deployment to hit this important technological milestone."

Caller ID spoofing is a massive problem in the country, and the FCC has been trying to squash the practice for years now. Earlier this year, it slapped a Miami resident responsible for over 96 million robocalls with a $120 million fine. That operator used a scheme that masked real callers' numbers with fake ones using the recipients' area codes to make them think the call is from someone they know. That's the biggest fine the FCC has ever imposed, likely in an effort to show that it's seriously looking to put an end to caller ID spoofing and robocalls in general.

In this article: ajitpai, fcc, gear, mobile, robocalls
All products recommended by Engadget are selected by our editorial team, independent of our parent company. Some of our stories include affiliate links. If you buy something through one of these links, we may earn an affiliate commission.