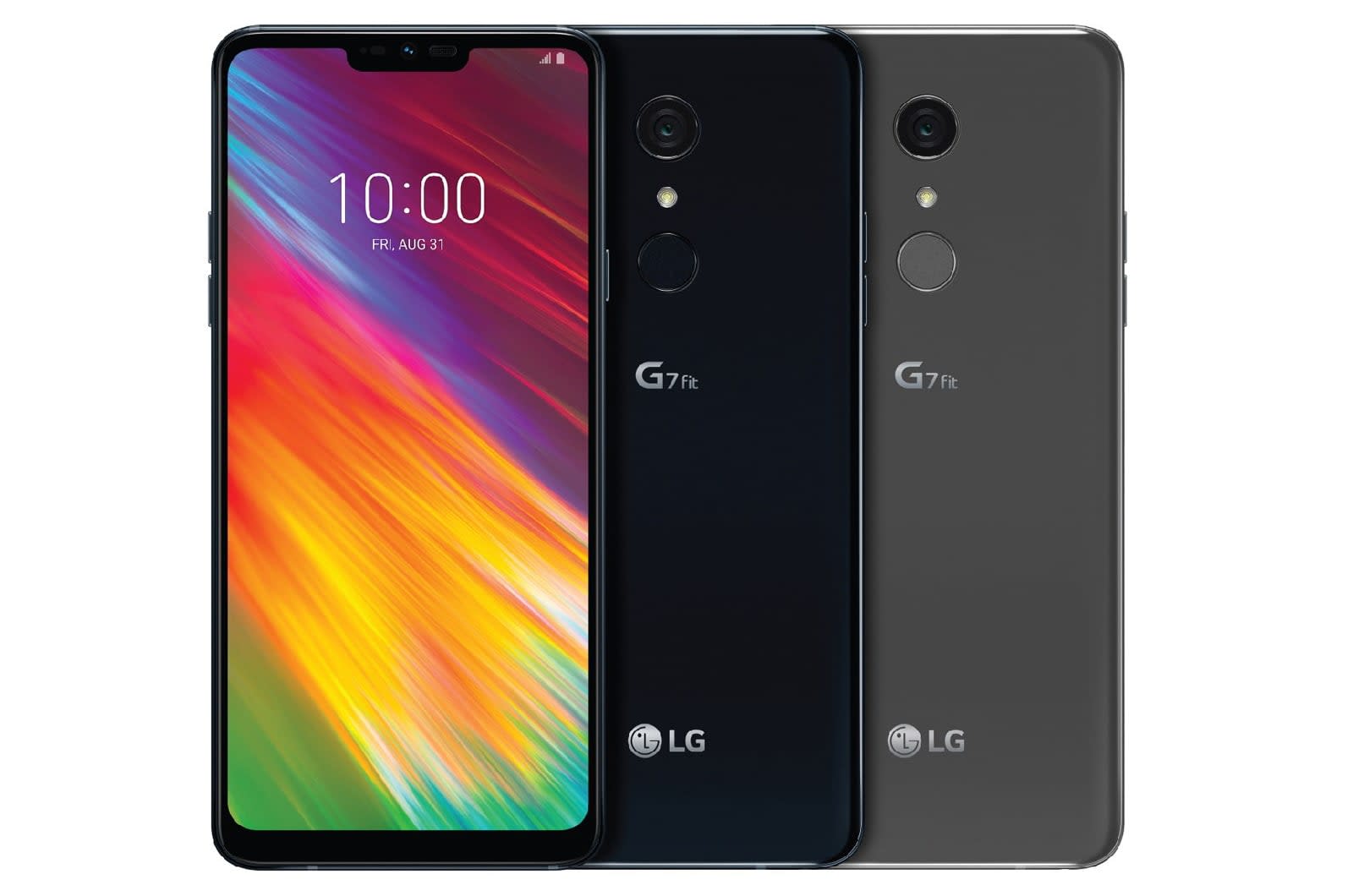 LG first revealed its plans to release a stripped-back version of the G7 ThinQ at IFA back in August. Now, the Korean company has announced that the phone called the G7 Fit will start shipping in select markets this week. LG didn't include the exact list of markets in its announcement, but it did say that the Android Oreo device will make its way to countries in Europe, Latin America, Asia, Africa and the Middle East throughout the fourth quarter.

The phonemaker designed the device for those who want G7 ThinQ's features for a lower price. That's probably why the Fit looks very much like its more expensive sibling and has the same 6.1-inch QHD+ (3120 x 1440) Super Bright LCD screen. It also comes with the brand's AI camera, which has eight AI-optimized shooting modes.

Since the G7 Fit was still designed to be the ThinQ's more affordable alternative, its components aren't an exact copy: it's powered by an older Snapdragon processor (821), for instance, and it only comes in configurations with 32GB or 64GB internal storage. It has 4GB of RAM, a 16-megapixel rear cam (that has a higher f-stop than the G7 ThinQ's) and an 8-megapixel front camera.

"The LG G7 Fit plays an important role in our global lineup which is very focused on introducing meaningful smartphone technology and innovation to a new and wider audience. LG's strategy to include our best technologies across our entire G series portfolio is to make it easier for more consumers to experience LG mobile innovation."

Unfortunately, the company didn't reveal the phone's pricing, though it will definitely cost less than the $750 to $800 G7 ThinQ. It doesn't look like LG has plans to bring the model stateside, but who knows -- LG could pull a Motorola in the future.

In this article: G7fit, gear, lg, mobile
All products recommended by Engadget are selected by our editorial team, independent of our parent company. Some of our stories include affiliate links. If you buy something through one of these links, we may earn an affiliate commission.