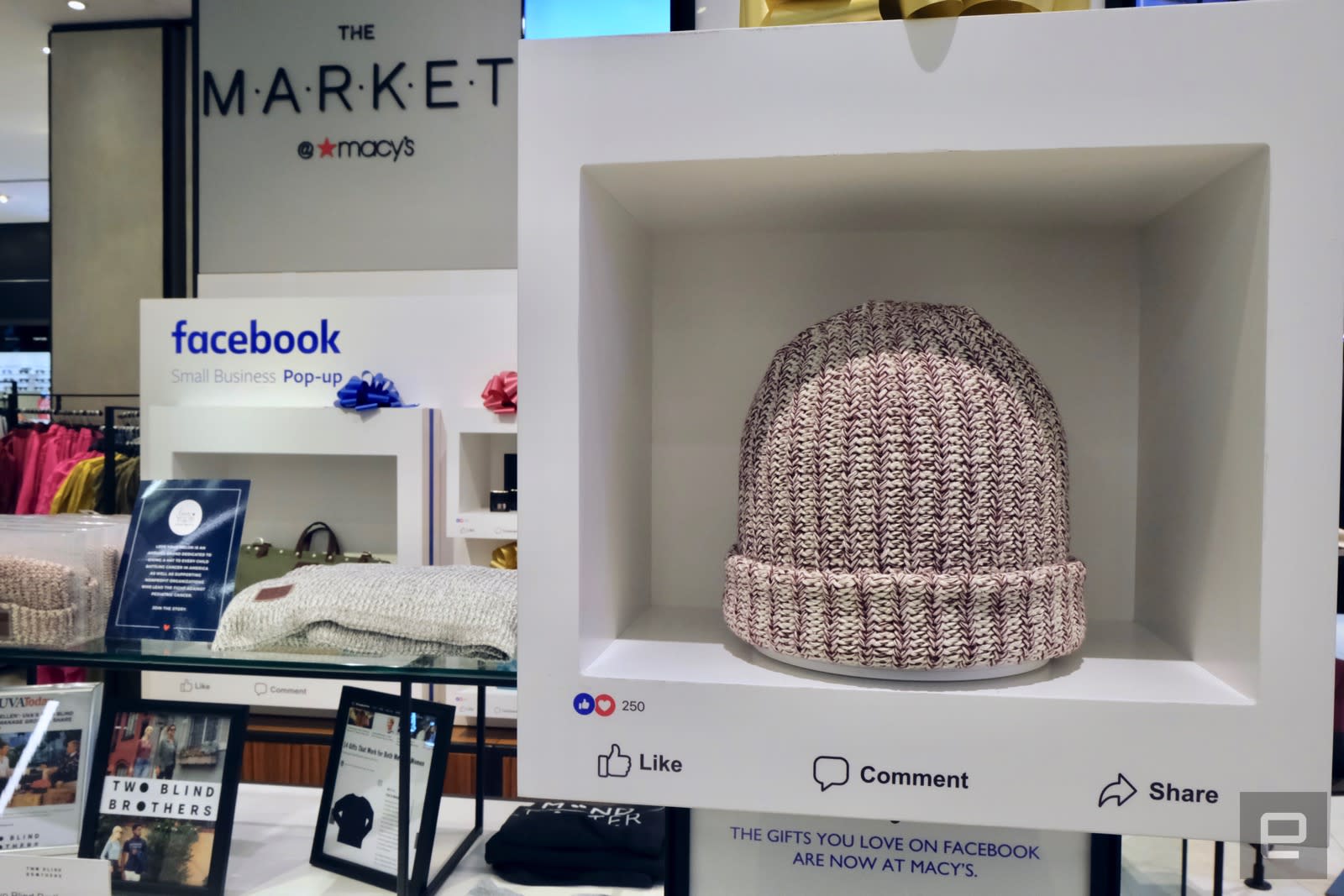 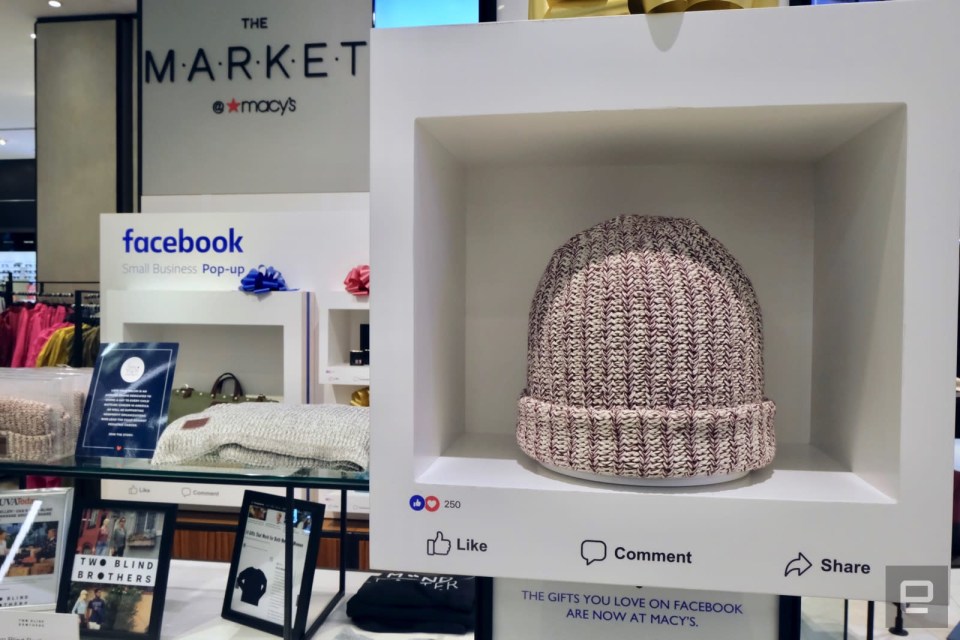 The last thing you might expect to find inside a Macy's store is a space decorated by Facebook. But that's exactly what people in Atlanta, Fort Lauderdale, Las Vegas, Los Angeles, San Antonio, San Francisco, Seattle, Pittsburgh and New York City will see when they visit The Market, a curated collection of established and up-and-coming brands that Macy's features as a shop-within-a-shop at select locations. Through a partnership with the retailer, Facebook this week launched its first-ever pop-up store, which is going to put a spin on The Market and feature 100 "digital-native" brands inside Macy's. Digital native, essentially, means they've either advertised on Facebook or Instagram.

Facebook says the goal is to give small business owners the chance to bring their product to a physical retail experience, something they may not have been able to accomplish without help. The pop-up shop, which will be open until February, lets these brands ship their product directly to Macy's and the company handles the rest of the sales process, while Facebook covers the fees they otherwise would've had to pay to be part of The Market. Facebook, naturally, also takes care of the decor: Some items are placed in a physical version of a post, complete with like, comment and share buttons.

I visited the Facebook pop-up at Macy's flagship store in Manhattan and was surprised by its prime real estate: It's on the first floor (of nine), right as you walk in through one of the main entrances, on 34th Street and 7th Avenue. There are 15 brands being showcased here, including a burger sauce from the mom-and-pop Charleston Gourmet Burger Company, the Lumee selfie cases Kim Kardashian made famous and a subscription box from Bespoke Post. The best thing I came across was apparel from Two Blind Brothers, which features elements like cloth Braille to help the blind and visually impaired know what color their item is.

Aside from small businesses, Facebook's pop-up also features products from well-known brands such as The Honest Company, which was founded by actress Jessica Alba. While it may not need the exposure, Facebook says that its shop at Macy's The Market lets Honest Company pilot new household goods. The brands will be rotating every month, too, so the space won't always look the same. And those that I saw in New York may not be the same in San Antonio or Atlanta, since Facebook and Macy's are also trying to curate the space based on location.

Of course, it's easy to wonder if Facebook is just testing the waters to eventually launch its own stores, especially now that it's making a big push into hardware with products like the Portal video chat displays and Oculus Go. But that doesn't seem to be part of the company's plan, at least for the time being. "No, not at all," Michelle Klein, Facebook's director of North America marketing, told Engadget when asked if this is a sign Facebook is venturing into retail. "[It's] really just another way for us and these brands to engage and connect with people, in a time where people are connecting more around the holiday season."

Klein said there are no plans to team up with retailers beside Macy's at the moment either, noting that Facebook is mainly interested for now in learning from this experiment. "This is part of our mission," she said, "to ensure that [small businesses] have all of the opportunities that usually were only open to large businesses." 12
In this article: business, facebook, food and drink, food-and-drink, foodanddrink, gear, internet, macys, market, popup, popupshop, popupstore, services, shopping, smallbusiness, smallbusinesses, social, socialmedia, themarket
All products recommended by Engadget are selected by our editorial team, independent of our parent company. Some of our stories include affiliate links. If you buy something through one of these links, we may earn an affiliate commission.