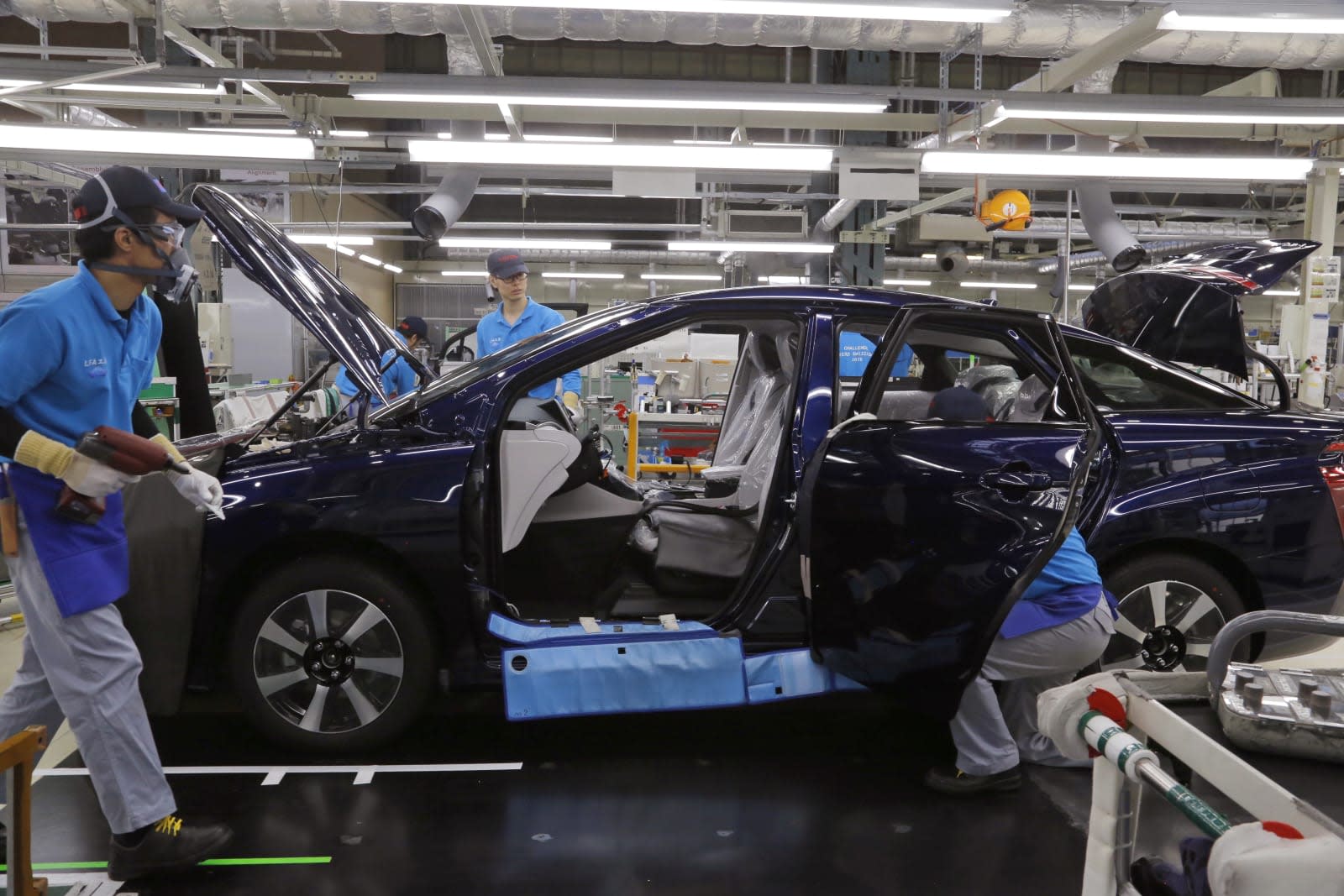 As clean as fuel cell cars and EVs may be, they're still made using pollution-producing factories -- and Toyota wants to help solve this. The company has introduced what it says is the first-ever general-purpose hydrogen burner built for use at factories and other industrial plants. While hydrogen burners have already existed, they've typically pumped out dangerous levels of nitrous oxide due to rapid reactions between hydrogen and oxygen. The new burner keeps the two elements relatively separate and lowers the oxygen concentration, leading to a system with "greatly reduced" nitrous oxygen emissions and the zero carbon dioxide emissions you already get with hydrogen burners.

This isn't just a theoretical exercise. Toyota is already using the hydrogen burner for forging at its Honsha plant, and it plans to replace 1,000 natural gas burners across its Japanese plants. It will "gradually" introduce the hydrogen burners at other plants, while other companies under Toyota's umbrella are also looking at the technology.

In some ways, the company didn't have much choice. It already challenged itself to eliminate CO2 emissions at its plants, and the burner helps achieve that goal without nasty side-effects. It also helps Japan's broader environmental goals, which include eliminating non-electric cars by 2050. The big question is whether or not other companies will use burners like these. If they don't, the effect of this breakthrough could be relatively limited.

In this article: burner, car, cars, chugairoco, factory, gear, green, hydrogen, hydrogenburner, manufacturing, toyota, transportation, video
All products recommended by Engadget are selected by our editorial team, independent of our parent company. Some of our stories include affiliate links. If you buy something through one of these links, we may earn an affiliate commission.