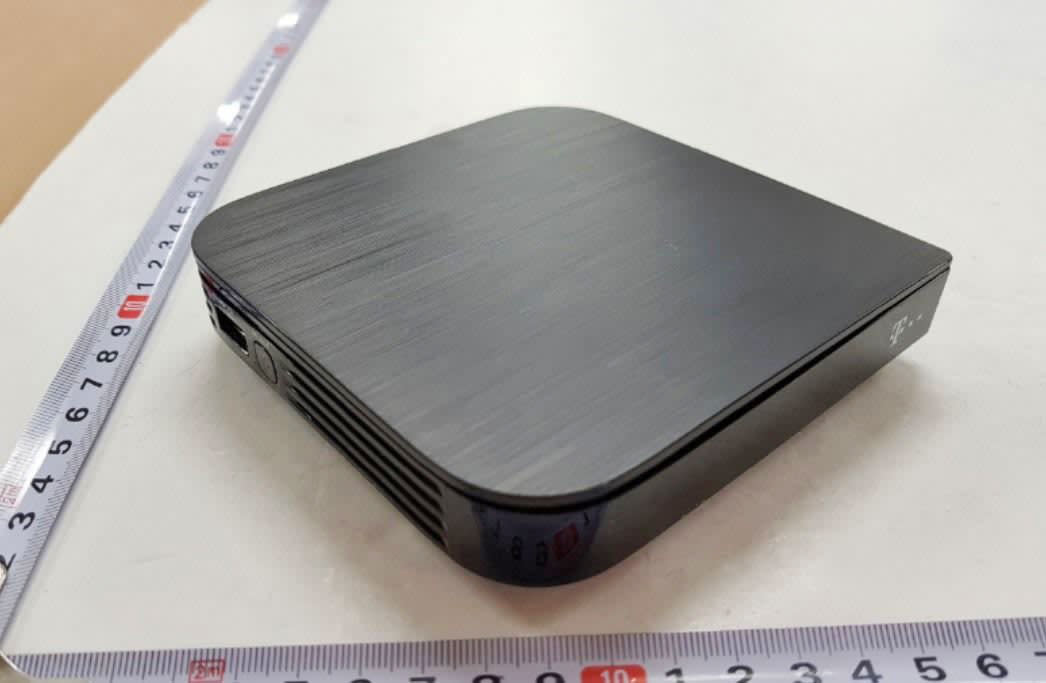 T-Mobile is apparently still planning on launching its streaming TV service by the end of this year, and now Variety has spotted this box in an FCC filing. Dubbed the T-Mobile Mini in the document, it can connect via WiFi, Bluetooth or Ethernet, along with a USB port and HDMI in/out.

While Microsoft has given up on its middle-man HDMI dreams for the Xbox One, T-Mobile will give it a try with this box based on tech it acquired along with Layer3 last year. There's still no indication of what the service will actually be like, but there's no 5G cell connection onboard. It won't be alone either -- Verizon has launched 5G service that comes with YouTube TV and an Apple TV or Chromecast, while AT&T's box is scheduled to launch next year.

In a statement given to Variety, T-Mobile said that "We're hard at work on our new home TV solution, and after launch, we'll continue to innovate and expand T-Mobile's entertainment solutions over time." We'll see what that expansion looks like, and if anyone is trying to add-on an HDMI passthrough to their home theater setup instead of a simpler dongle, app or standalone streaming video box.

In this article: att, av, gear, internettv, layer3, mobile, streaming, t-mobile, verizon
All products recommended by Engadget are selected by our editorial team, independent of our parent company. Some of our stories include affiliate links. If you buy something through one of these links, we may earn an affiliate commission.