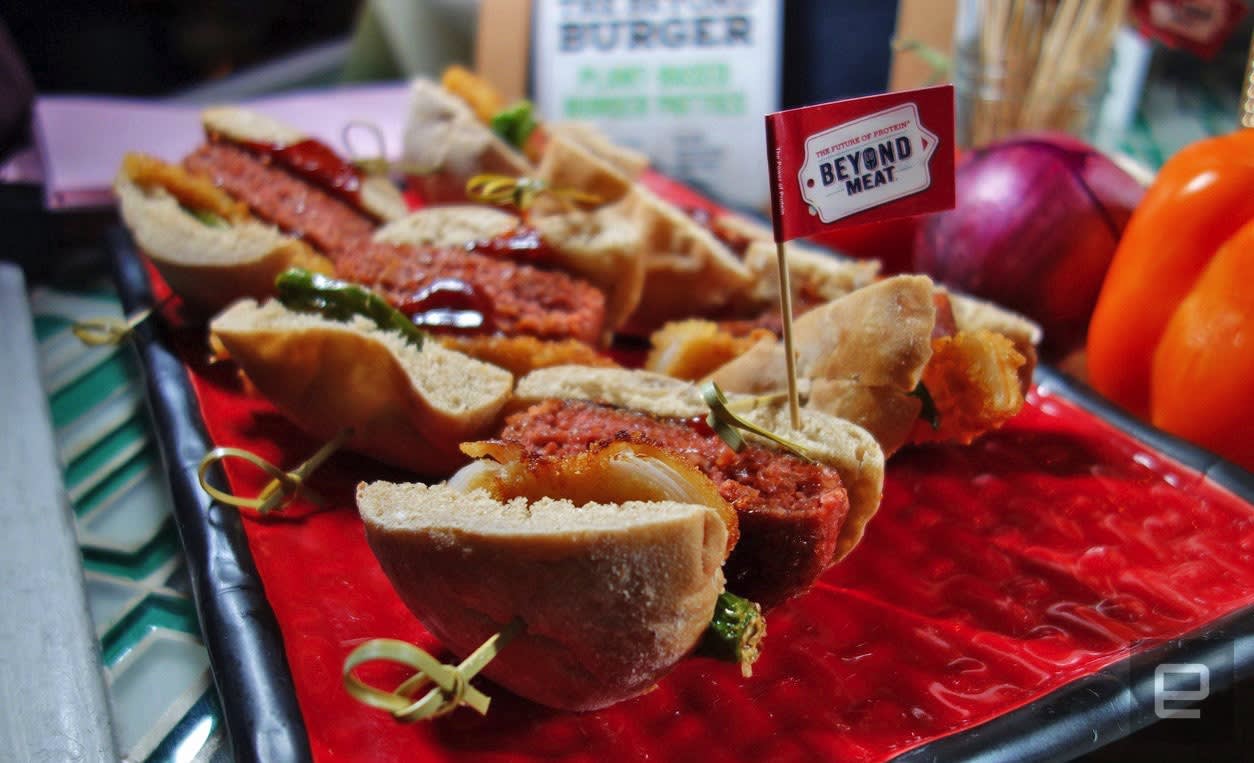 The Beyond Burger -- a meatless alternative that oozes beetroot-red "blood" -- has overcome supply shortages to land on UK supermarket shelves. Leading retailer Tescos is stocking the product at £5.50 for a pack of two and you can also order it at the Honest Burger restaurant chain and All Bar One pubs, according to The Guardian.

The burger, which uses a plant-based patty instead of lab-grown meat, has successfully tapped into the thriving market for vegan and vegetarian foods in the US. But its maker Beyond Meat isn't stopping there: it's also eyeing eco-minded carnivores looking to reduce their meat-intake. The company touts its environmentally-friendly process that uses less water and land, and reduces greenhouse gas emissions.

The Beyond Burger was originally supposed to arrive in UK supermarkets in August but its rollout was delayed after US demand dented its UK supplies. The burger also recently debuted in Canada (at 1,000 A&W Restaurants) as part of Beyond Meat's plans to bring it to 50 countries.

In this article: BeyondBurger, food and drink, food-and-drink, foodanddrink, gear, ImpossibleBurger, impossiblefoods, meatless, thebuyersguide, vegan, vegetarian
All products recommended by Engadget are selected by our editorial team, independent of our parent company. Some of our stories include affiliate links. If you buy something through one of these links, we may earn an affiliate commission.