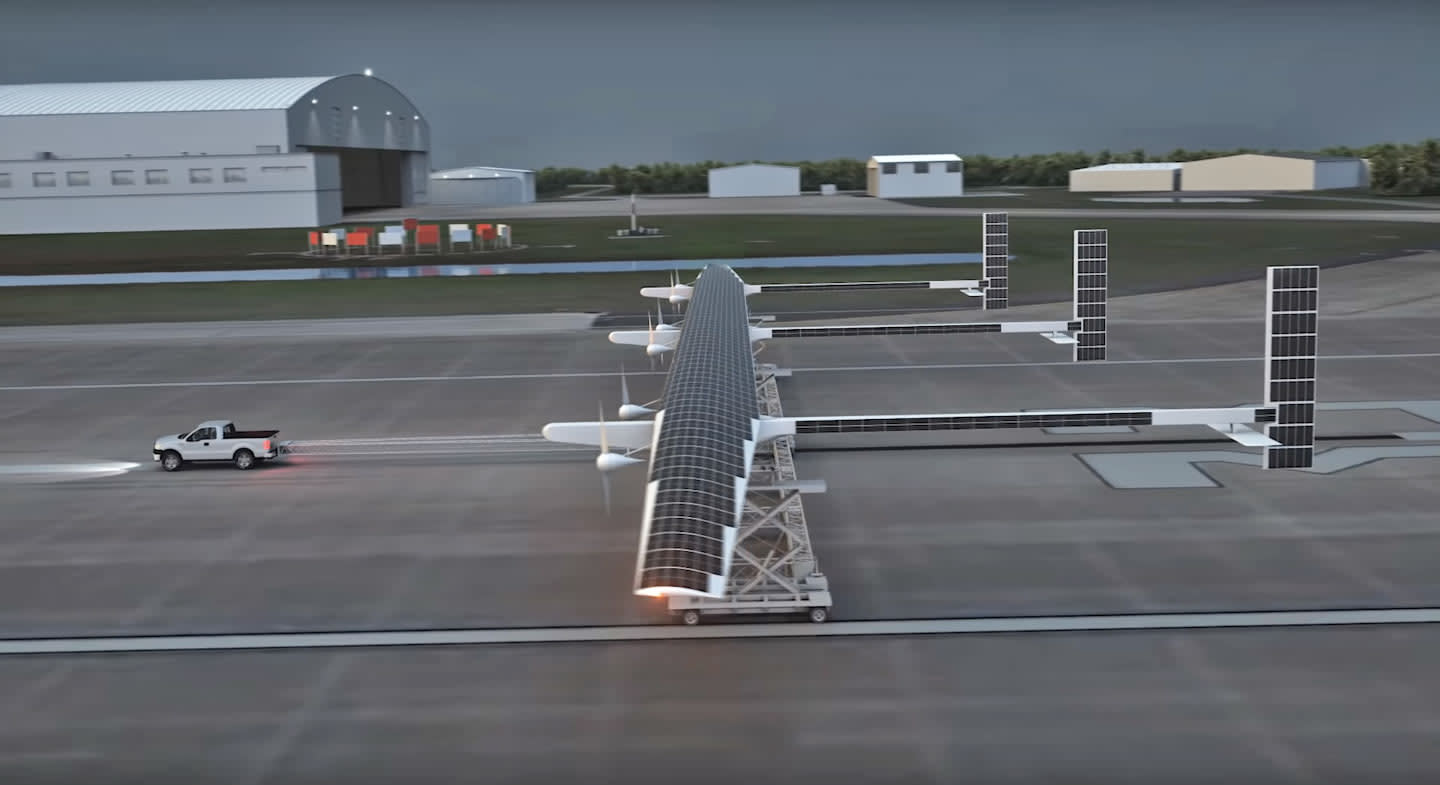 Aurora Flight Sciences, a subsidiary of Boeing that specializes in unmanned aerial vehicles, is gearing up to launch a solar-powered autonomous aircraft. The vehicle, called Odysseus, is designed for persistent flight at high-altitudes and will be used to perform climate and atmospheric research. Its first voyage is scheduled for the spring of 2019.

According to Aurora, Odysseus operates like a cross between a drone and a satellite. It is intended to fly well above weather and other aircraft and can cover a massive geographic area while maintaining contact with a station on the ground. It can fly continuously for months at a time, giving it a distinct advantage over UAVs that need to land and recharge. Because it's solar powered, the craft produces zero emissions.

While Odysseus is airborne, it can gather data and quickly communicate the information it has collected. It'll primarily be used to gather environmental information and perform weather and storm monitoring, though Aurora says it can be used for communication, connectivity and intelligence missions as well. It can also be reprogrammed mid-flight as tasks evolve.

Aurora is pretty short on details and high on promises with Odysseus, but the company has a successful track record. Earlier this year, it made deliveries to Marines using an autonomous helicopter. Another craft built by the company managed to carry 500-pound payload back in January.

In this article: auroraflightsciences, AutonomousAircraft, boeing, gear, odysseus, solar, solarpowered, SolarPoweredPlane, tomorrow, transportation
All products recommended by Engadget are selected by our editorial team, independent of our parent company. Some of our stories include affiliate links. If you buy something through one of these links, we may earn an affiliate commission.