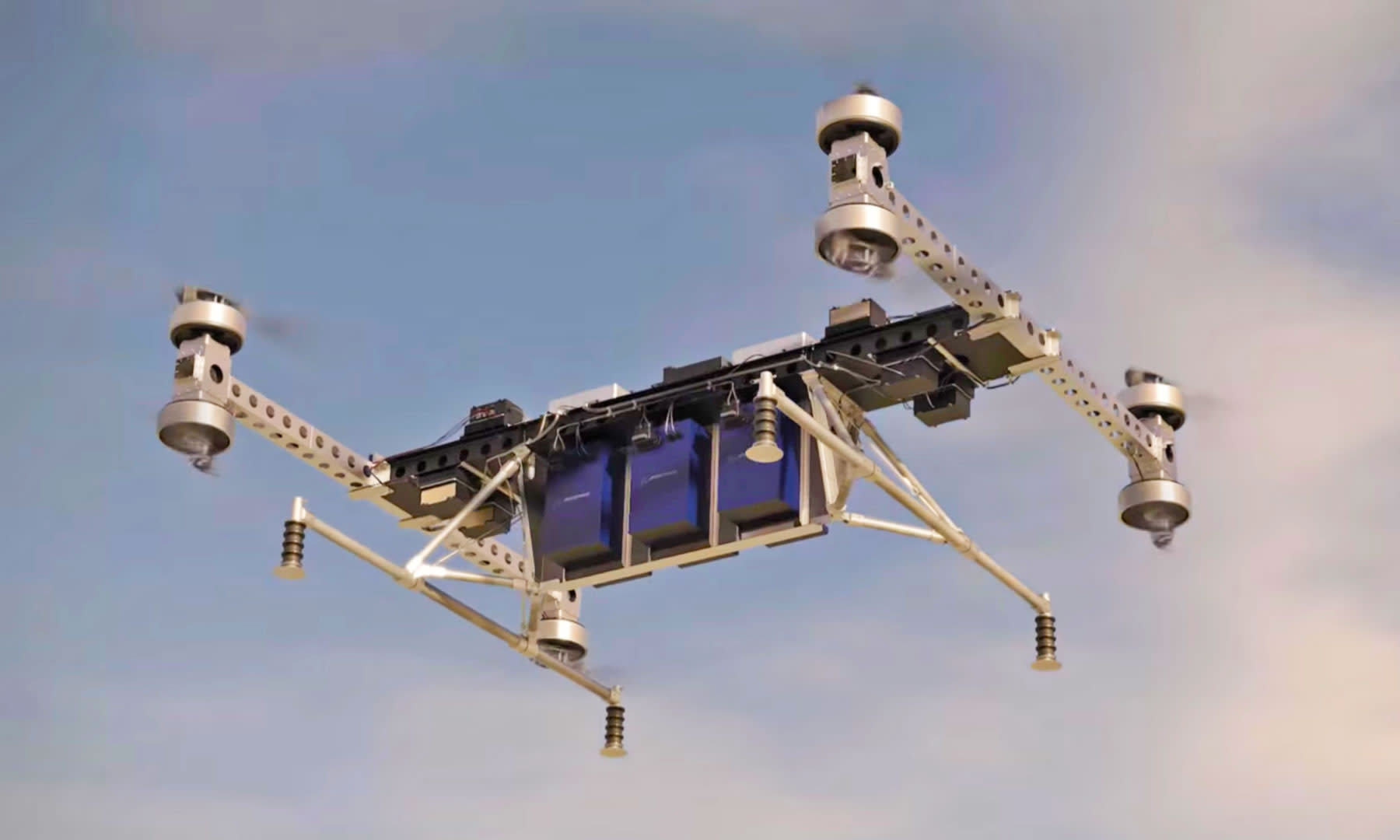 In the future, autonomy won't just mean you can relax in the passenger seat on your drive home from work. Driverless vehicles of all kinds are set to revolutionize the cargo industry, too, from delivering a pizza or dropping off an Amazon package, to hauling much larger shipments across continents and the high seas. Naturally, Boeing is one of many companies investing in cargo planes of tomorrow, and is keen to show off some of its early work in the form of a huge octocopter capable of carrying loads of up to 500 pounds (over 250kg). In less than three months, engineers at Boeing built and carried out successful test flights of the all-electric prototype, possibly (but unofficially) breaking a Guinness world record in the process.

The rough-and-ready concoction of metal and batteries measures 15 feet long, 18 feet wide and 4 feet tall, weighing in at 747 pounds (nearly 339kg). In other words, it dwarfs the consumer DJI drone you got for Christmas. Obviously Boeing's prototype is far from a commercial product, but the firm says it'll be used "as a flying test bed to mature the building blocks of autonomous technology for future applications."

Boeing's work in the realm of cargocopters is running alongside that of Aurora Flight Sciences, a company with a particular focus on autonomous drones and planes that Boeing announced it was buying last October. Aurora is working with DARPA to develop some zany vehicles and technologies, as well as with Uber on its flying taxi project. And most recently, Aurora demonstrated how unmanned resupply missions could support troops on the ground using a US Marine UH-1H helicopter retrofitted with autonomous systems.