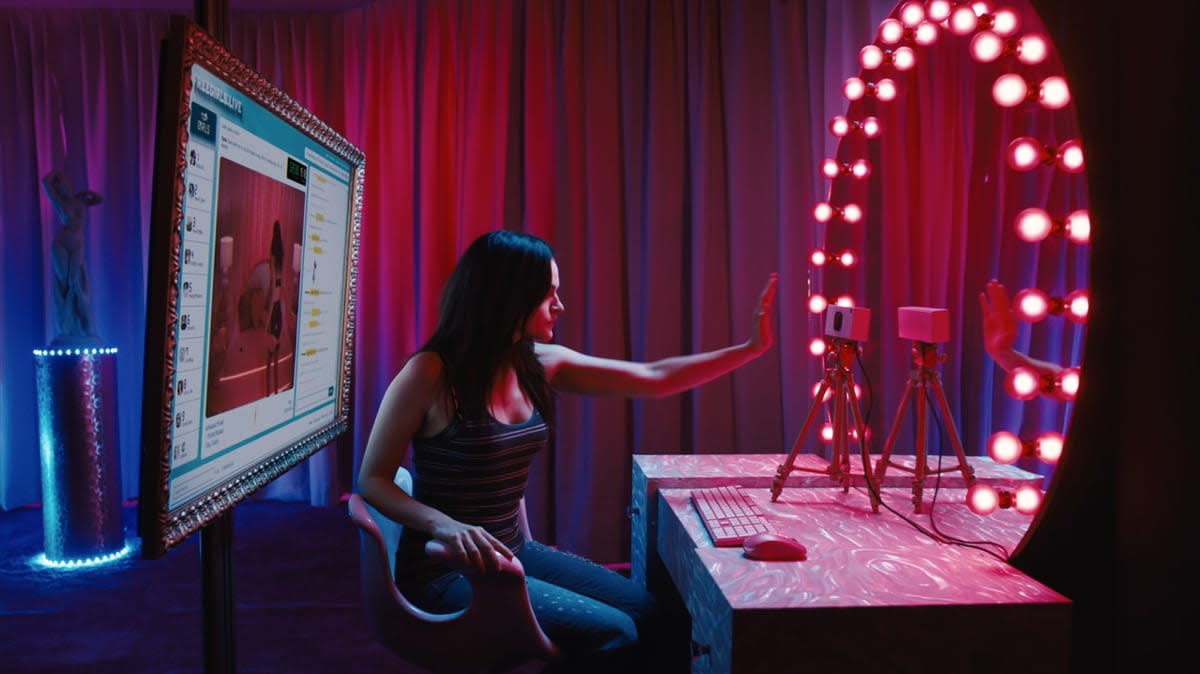 ‘First they came for the sex workers…’

NSFW: This story may contain links to and descriptions or images of explicit sexual acts.

One chatroom visitor, however, tells her to play with a knife, and Lola quickly obliges by pulling out a hefty blade. The visitor suggests various sexually violent things Lola can do to herself, with the rest of the audience egging her on with more token donations. Quickly, the digital mob begins demanding that she slit her own throat for their entertainment, and she does so. A pause later, and she rips away her prosthetic neck and giggles, saying "gotcha!"

Cam is the first film from Isa Mazzei (screenwriter) and Daniel Goldhaber (director). Despite the credits, the pair -- who ask to be credited as one in interviews -- feel that the film represents their shared vision. It's also one of a handful of movies about modern sex work that can claim authenticity since Mazzei herself was previously a webcam model. That makes it different from, say, the VR film GFE which starred a sex worker but was released without their consent.

Cam exists in a heightened reality, but not one that tech-savvy viewers will find too fantastical. After all, movie stars' faces are now almost realistically grafted on to adult content thanks to deepfake technology. CGI newsreaders are the first step on the bridge to cross the uncanny valley and ensure we can't tell truth from fiction. But the technology isn't the point of Cam, it's about how large corporations can deeply affect everyone who uses their platforms to make a living. And the film highlights the level of exhaustion that comes with maintaining an online presence, and how vulnerable that presence is.

One recurring prop in the film is Alice's calendar, where she A/B/C-tests the content of her nightly performances. It's an analog equivalent to Facebook's algorithms, working out through trial and error what the audience wants the most. And this process of constantly coming up with new scenarios on a regular basis seems exhausting. It's a phenomenon experienced by plenty of people who work online, like the YouTube stars constantly flirting with burnout.

Like many people who now work for big tech, Alice is a freelancer living without a safety net or employment rights, much like Uber drivers -- who are recognized as contractors, not employees. Cam intentionally hides how much Alice is making from her performances, but it's clear she's not living the high life. When her channel is hijacked by the double, she loses all her potential income -- another real-life risk, which was highlighted in the 2017 Open Letter to Patreon from a group of sex workers who wrote that cutting off income streams can leave vulnerable people "scared for [their] lives." 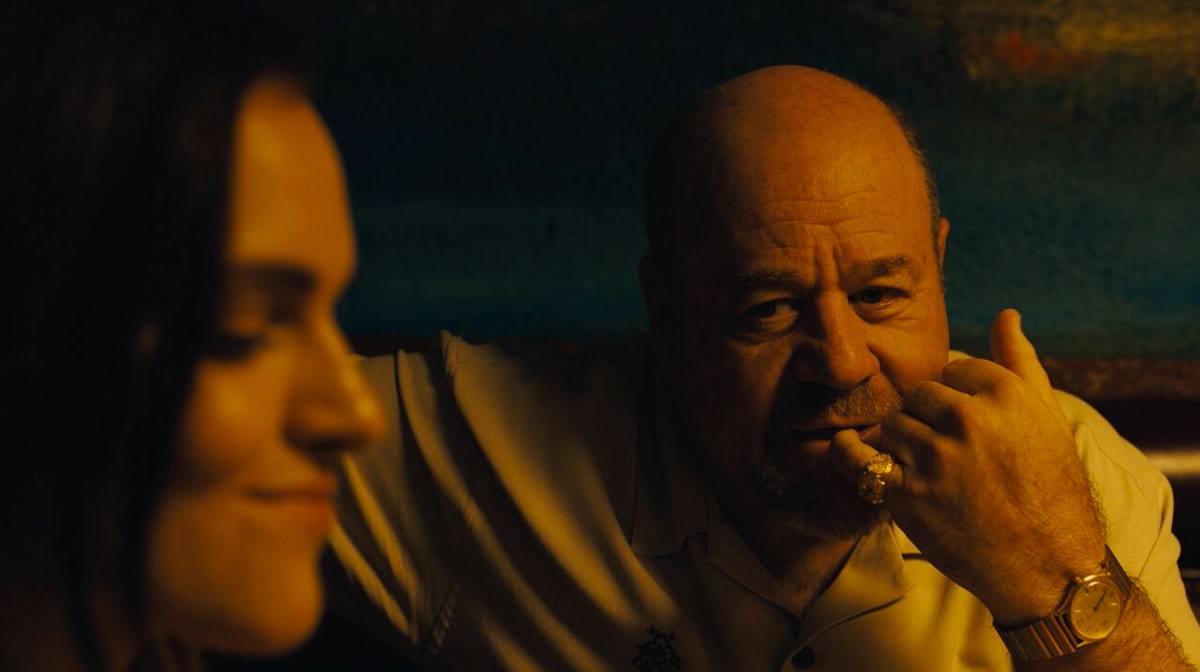 Later, when Alice approaches the police to help her, the officers can't comprehend the issue, or why she's asking them for help. Mazzei and Goldhaber said that they wanted to highlight "the general disregard that is often encountered by sex workers online and in the real world." That disregard can lead to powerlessness that is further enabled by legislation like FOSTA/SESTA.

That bill has not only cut sex workers off from their income but also damaged online support networks. As my colleague Violet Blue explained, the law blocked community forums and blacklisted sites where sex workers can warn others about potential threats. The consequences of the crackdown include the deaths of a number of sex workers, although figures are hard to come by. Cam barely explores how and why Alice's replacement comes to be, only that it is being done to her.

Modern cinema has struggled to visually represent our digital interactions. Films and TV shows don't want to force their audiences into reading a lot of quick-fire data on screens. Cam, however, leans into this problem, with a huge amount of time being given over to viewing what the characters are seeing on their screens. The creative team said they had to experiment with the visual language because "ultimately, 50 minutes of the movie is just a girl screaming at a television monitor."

On its surface, Cam is a racy thriller about a woman who has lost control in a world she thought she knew. The beats you might expect in other films don't play out here because it was written as a sex-positive piece by a former sex worker. There's no demand from the filmmakers to see remorse or pain in the victim at the center of this story. But perhaps that's because we're all at risk of becoming victims to the whims of big tech.