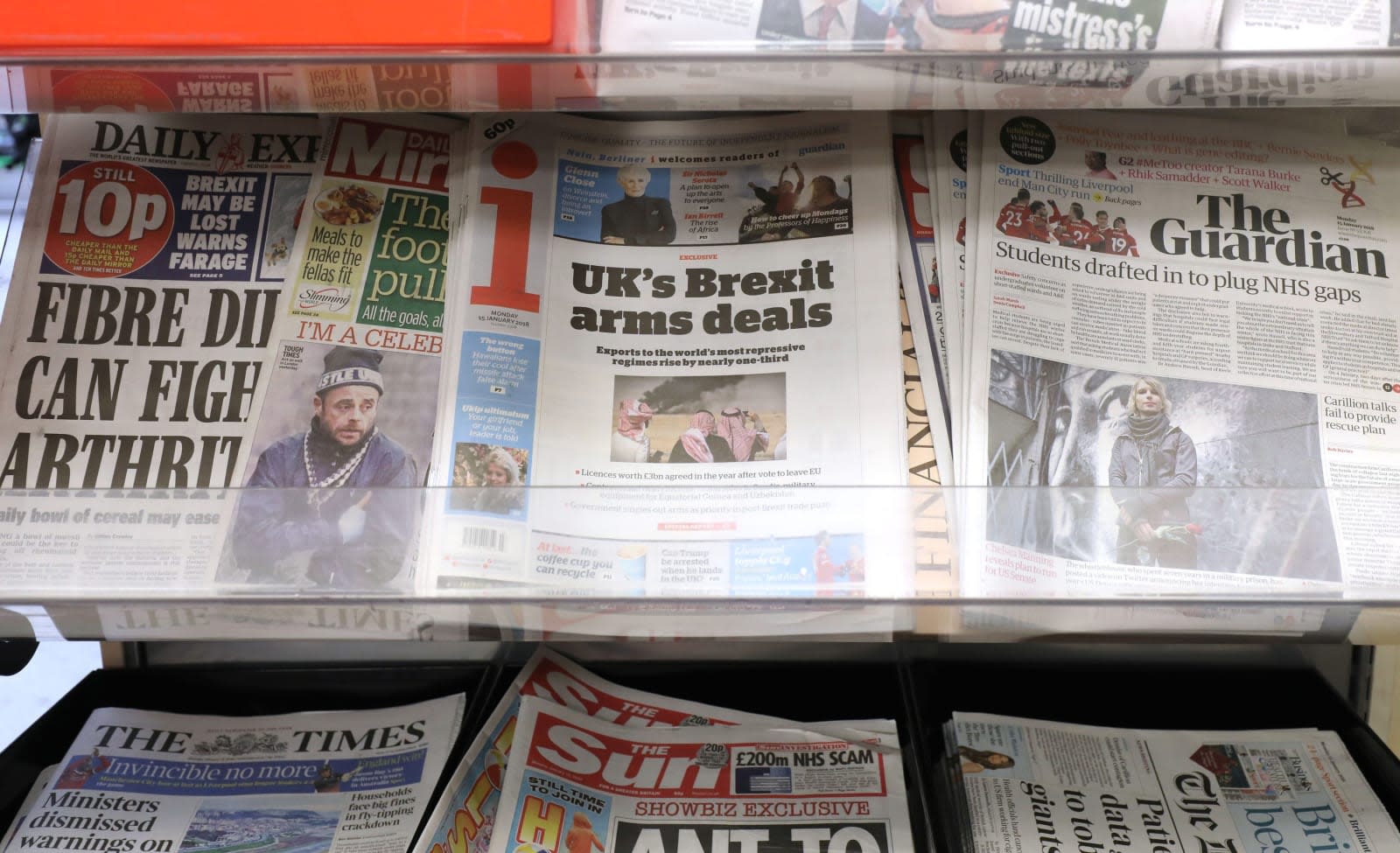 Facebook is extending another olive branch to the news industry in the form of a £4.5 million ($5.8 million) donation to subsidize 80 trainee journalists at local newspapers in the UK. It's the first time Facebook has offered such a pledge, which it's making as part of its new Community News Project.

It's donating the funds to the National Council for the Training of Journalists -- the charity will divvy up the donation among publishers. The pledge will help fund formal training for journalists and their employment at local papers as part of a two-year pilot. Facebook, which is also partnering with Newsquest, JPIMedia, Reach, Archant and the Midland News Association on the project, says "the goal is to encourage more reporting from towns which have lost their local newspaper and beat reporters."

It's not clear where the trainees will be based, though the project will place an emphasis on recruiting from a range of socioeconomic backgrounds. The application process will open early next year, and trainees are likely to focus on community journalism rather than specialist beats during the pilot period.

The journalists will have access to the NCTJ's training program to help them work towards the NCTJ Diploma in Journalism. Those who already have that qualification will receive training towards a new National Qualification in Journalism for community journalists. Facebook will also provide training to bolster the trainees' digital newsgathering skills.

Local newspapers were hit hard by the move to online news, as many advertisers switched from print to online, including on Facebook, which made it difficult for papers to afford enough reporters to fully cover their communities. However, Facebook and Google in particular can drive large volumes of traffic to newspaper websites, so the relationship between publishers and tech giants is complex.

Facebook has rolled out other initiatives to help publishers, including a way to let readers sign up for newspaper subscriptions through its app. Google, meanwhile, has its own $300 million News Initiative project, which offers free G Suite subscriptions to local and smaller publishers as part of an effort to combat fake news.

In this article: archant, business, facebook, gear, google, jpimedia, media, midlandnewsassociation, nationalcouncilforthetrainingofjournalists, nctj, news, newsquest, reach, training
All products recommended by Engadget are selected by our editorial team, independent of our parent company. Some of our stories include affiliate links. If you buy something through one of these links, we may earn an affiliate commission.