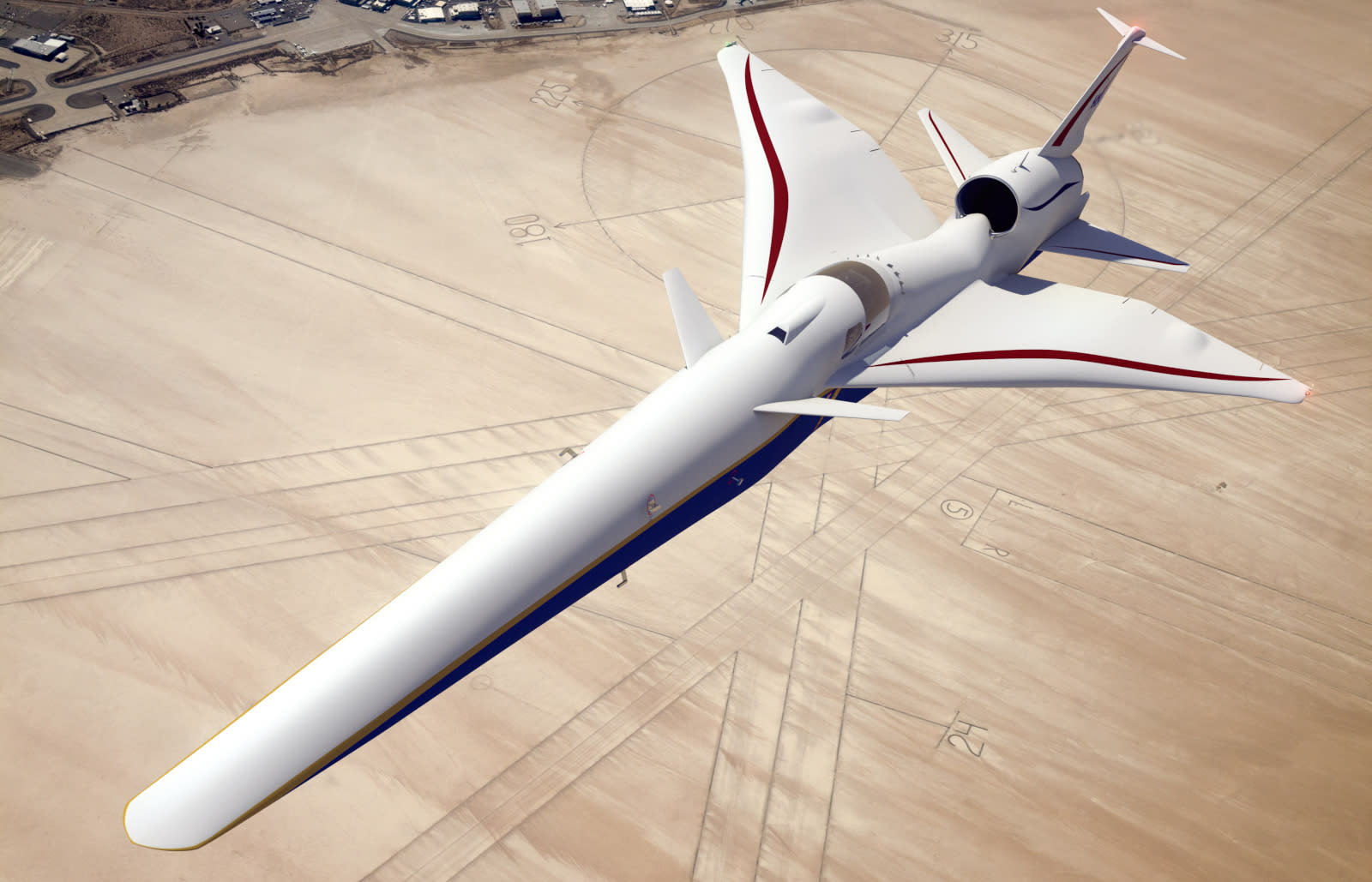 Lockheed Martin's Skunk Works team has started building the first part of the X-59 Quiet Supersonic Technology aircraft, which could make supersonic commercial travel a reality. The aerospace company is building the jet for NASA's Low-Boom Flight Demonstration program, now that the space agency has committed to a three-year development timeline. Lockheed X-59's long, slender design will allow it to be relatively quiet, creating a sound only as loud as a car door closing whenever it transitions to supersonic speeds. Since it will fly at an altitude of 55,000 feet and at speeds of 940 mph, it's expected to be barely audible.

A quiet supersonic plane could eventually convince authorities to give them permission to fly over land, paving the way for air travel that's much, much faster than we're used to. In order to ensure that the project will achieve a noise level that most people will find agreeable, NASA plans to conduct tests using an F/A-18 Hornet aircraft over Texas this month. The aircraft will produce louder sonic booms at sea and quieter ones over land, after which 500 local volunteers will provide feedback.

Lockheed's Low Boom Flight Demonstrator program manager, Peter Iosifidis, called the start of the manufacturing process "a great leap forward for the X-59 and the future of quiet supersonic commercial travel." If all goes according to plan, the X-59's first flight will take place in 2021 and will be used to collect feedback on how acceptable its quieter sonic booms are. According to Lockheed Martin, the results of that test will help NASA "establish an acceptable commercial supersonic noise standard to overturn current regulations banning supersonic travel over land."

In this article: lockheedmartin, nasa, quesst, skunkworks, supersonicplane, tomorrow, transportation, X-59quesst
All products recommended by Engadget are selected by our editorial team, independent of our parent company. Some of our stories include affiliate links. If you buy something through one of these links, we may earn an affiliate commission.