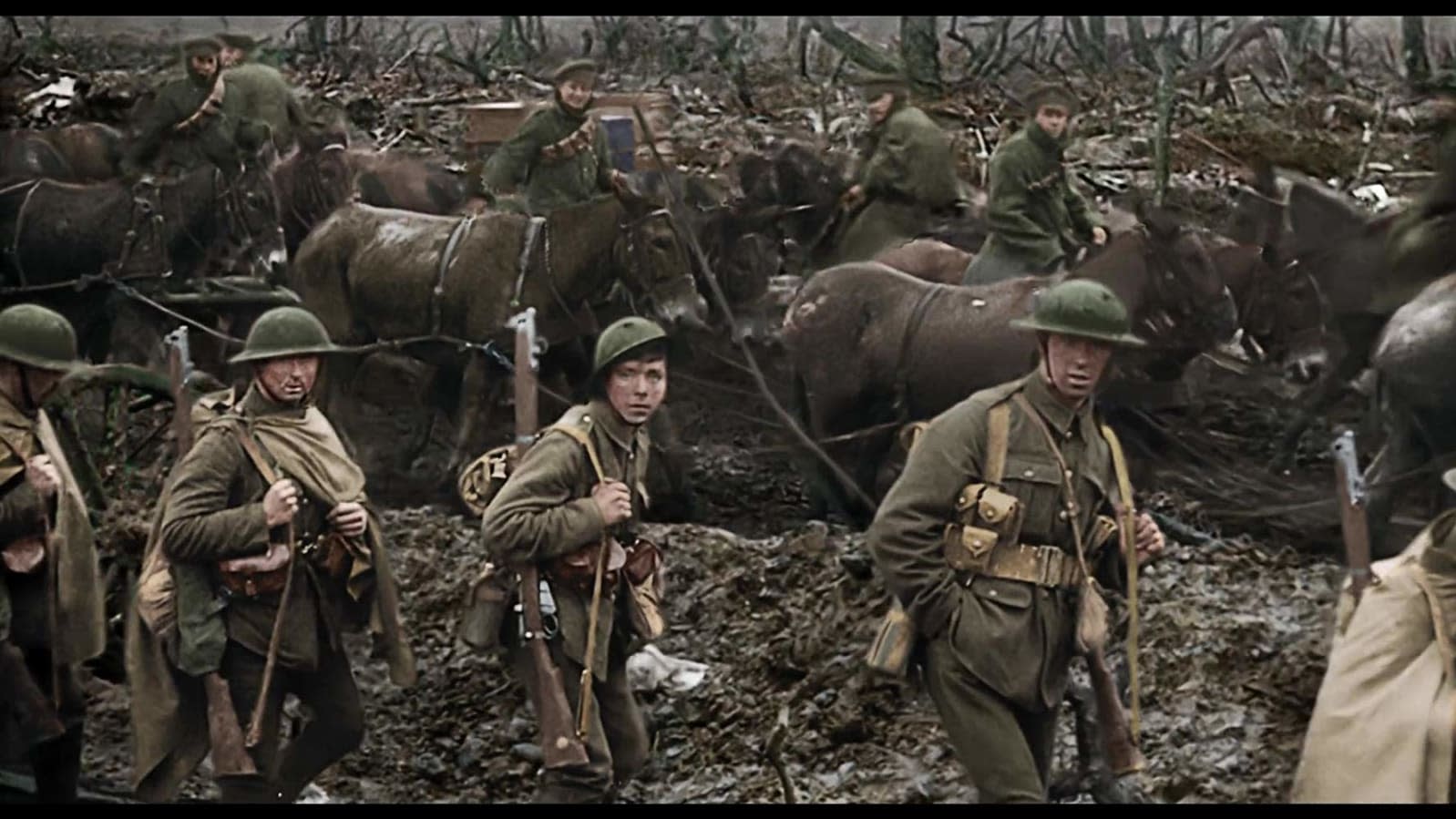 Peter Jackson's critically acclaimed World War I documentary They Shall Not Grow Old is slated to hit select theaters in the US this December. To give you a peek into what you can expect, Warner Bros. has released a trailer that shows the difference between the original footage Jackson worked with and the final product that made it into the film. They Shall Not Grow Old was met with critical acclaim when it premiered at the BFI London Film Festival, aired on BBC Two and was made available to stream via the network's iPlayer app.

Jackson and his team were mainly praised for how they handled the digital restoration and colorization of the original 100-year-old footage the BBC used for its original 1964 documentary series The Great War. In addition to recoloring the film's frames as realistically as possible, Jackson and team used computers to build interstitial frames between real ones. The technique helped get rid of twitchy movements associated with old, black-and-white footage, making the subjects feel more life-like. They also applied a moderate 3D enhancement and enlisted actors to provide voices for the film's silent subjects: British soldiers who fought in the war.

They Shall Not Grow Old will be shown in select US theaters on December 17th and 27th. You can watch its trailer below:

In this article: entertainment, internet, peterjackson, theyshallnotgrowold
All products recommended by Engadget are selected by our editorial team, independent of our parent company. Some of our stories include affiliate links. If you buy something through one of these links, we may earn an affiliate commission.