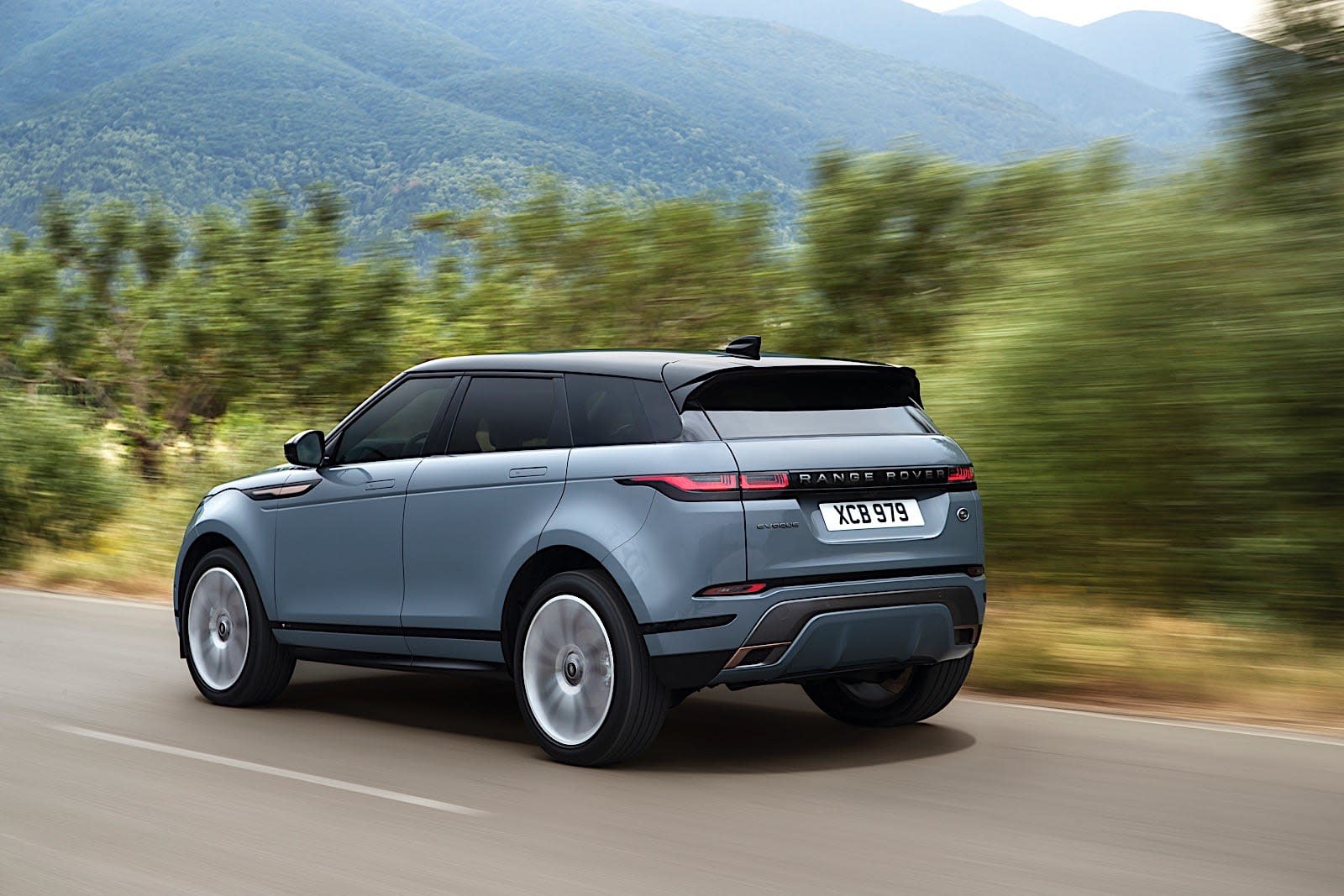 For the last decade or so, Range Rover has built vehicles more akin to posh living rooms that occasionally go off-roading than the rough and tumble Land Rover Defender 90s of yesteryear. That trend continues with the 2020 Evoque, albeit with a number of innovations that will minimize its environmental impact when you decide to literally go over the fields and through the woods to Grandma's house this holiday.

The new iteration of the Evoque looks a lot like last year's, it has all the same general stylings that one has come to expect from Range Rover's line of compact luxury SUVs, including the iconic coupe-like roofline. The 2020 model however includes a bunch of new gadgets like LED head and tail lights and flush-folding door handles. 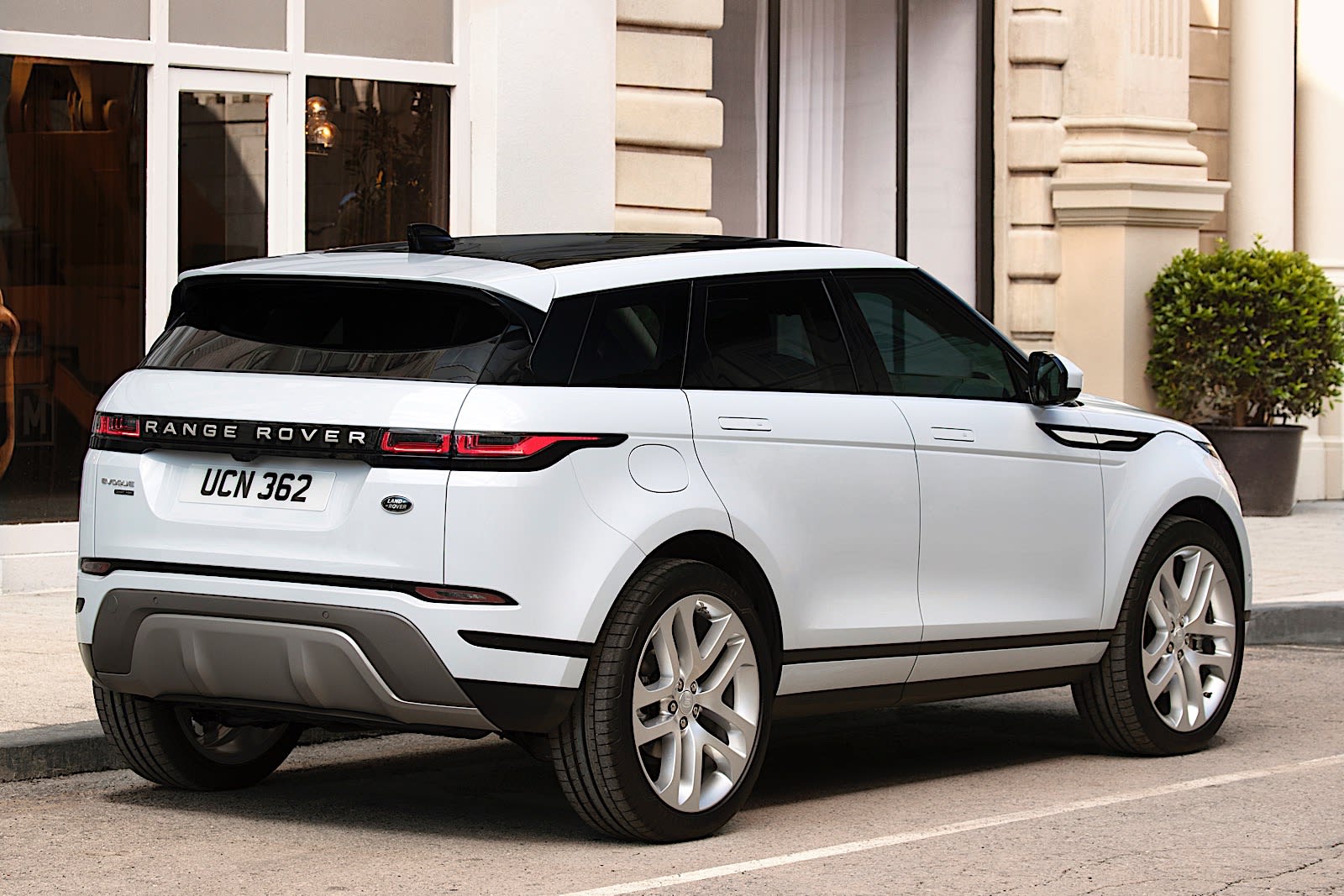 The interior has been redesigned to improve legroom (thanks to a slightly longer wheelbase) so that tall folks aren't constantly banging their knees and increase the trunk's overall storage space. Instead of leather, you'll find a host of more environmentally conscious materials such as Kvadrat wool and Dinamica suede on the seats along with recycled plastics and natural material accents by Eucalyptus Textile and Ultrafabrics. As much as 73 pounds of every 2020 Evoque comes from recycled materials.

But don't let the natural materials fool you. The 2020 Evoque's interior also features an InControl Touch Pro Duo infotainment system, the InControl remote mobile app, 16-point adjustable seats, Apple CarPlay and Android Auto integration, and an optional 4G hotspot (which also allows for wireless, OTA software updates). It's also the first Range Rover to offer "Smart Settings" an AI assist system that learns and remembers each driver's seat, music and climate preferences, resetting them whenever you get into the vehicle. 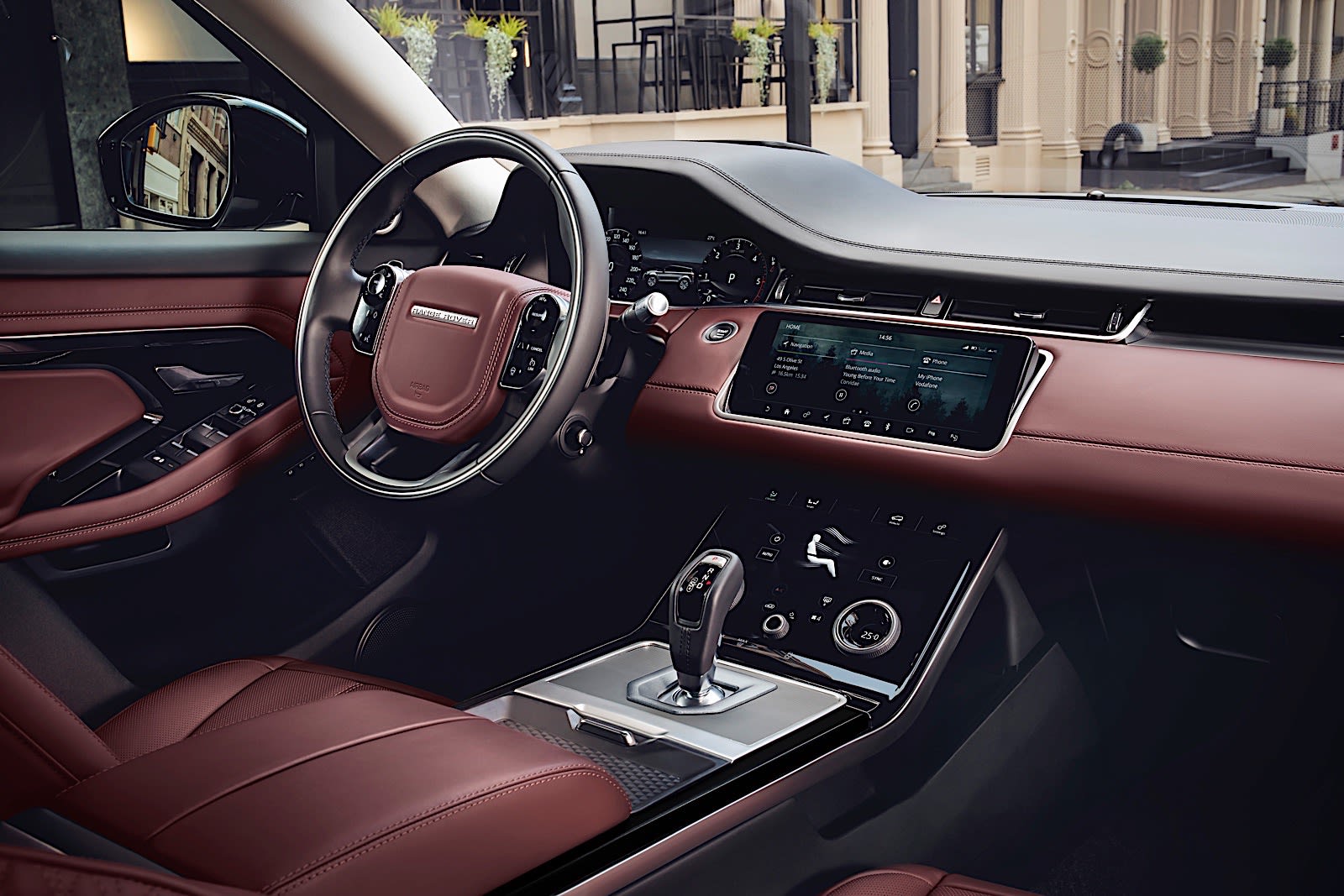 You'll find a host of new features under the hood as well, including a 48-volt (296HP) mild-hybrid powertrain working alongside the 246HP Ingenium four-cylinder gasoline engine. When braking at speeds under 11 mph, the engine is programmed to turn off and allow the regenerative system to harvest energy from the slowing vehicle which can then be used to assist in its subsequent acceleration. 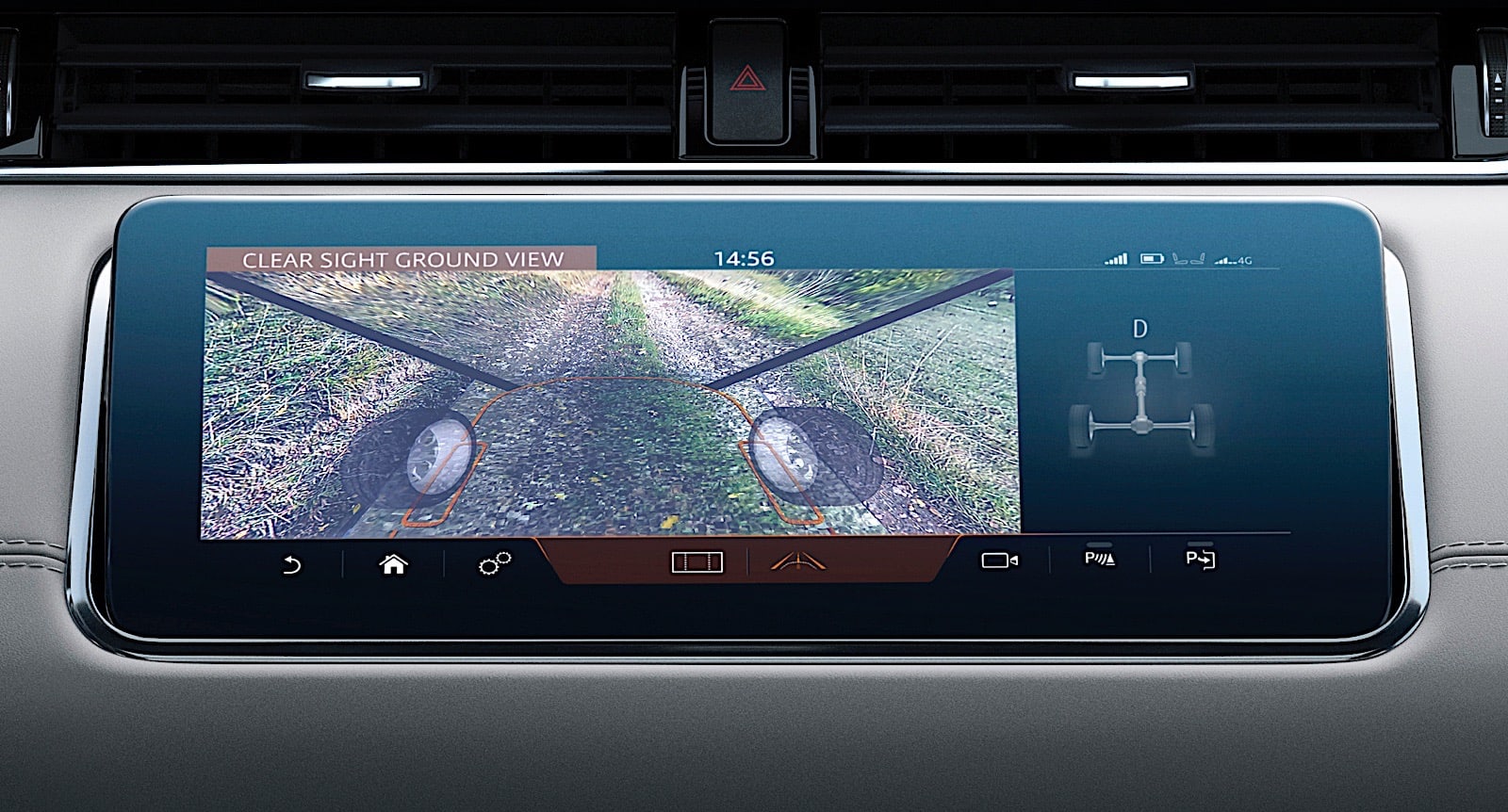 The new Evoque also boasts technologies that we first saw on Range Rovers Discovery Vision concept vehicle. ClearSight Ground View, for example, is based on the Vision's "transparent bonnet" idea. It uses cameras in the front grille and sideview mirrors to give the driver an 180-degree view of what's under the front end of the Evoque. Remember folks, always check your undercarriage for cats and other furry stowaways during the winter months.

What's more, the rear facing camera above the back window doesn't push its video feed to the console-mounted 12.3-inch infotainment system. Instead it sends it directly to the rearview mirror, which is actually an HD video screen. 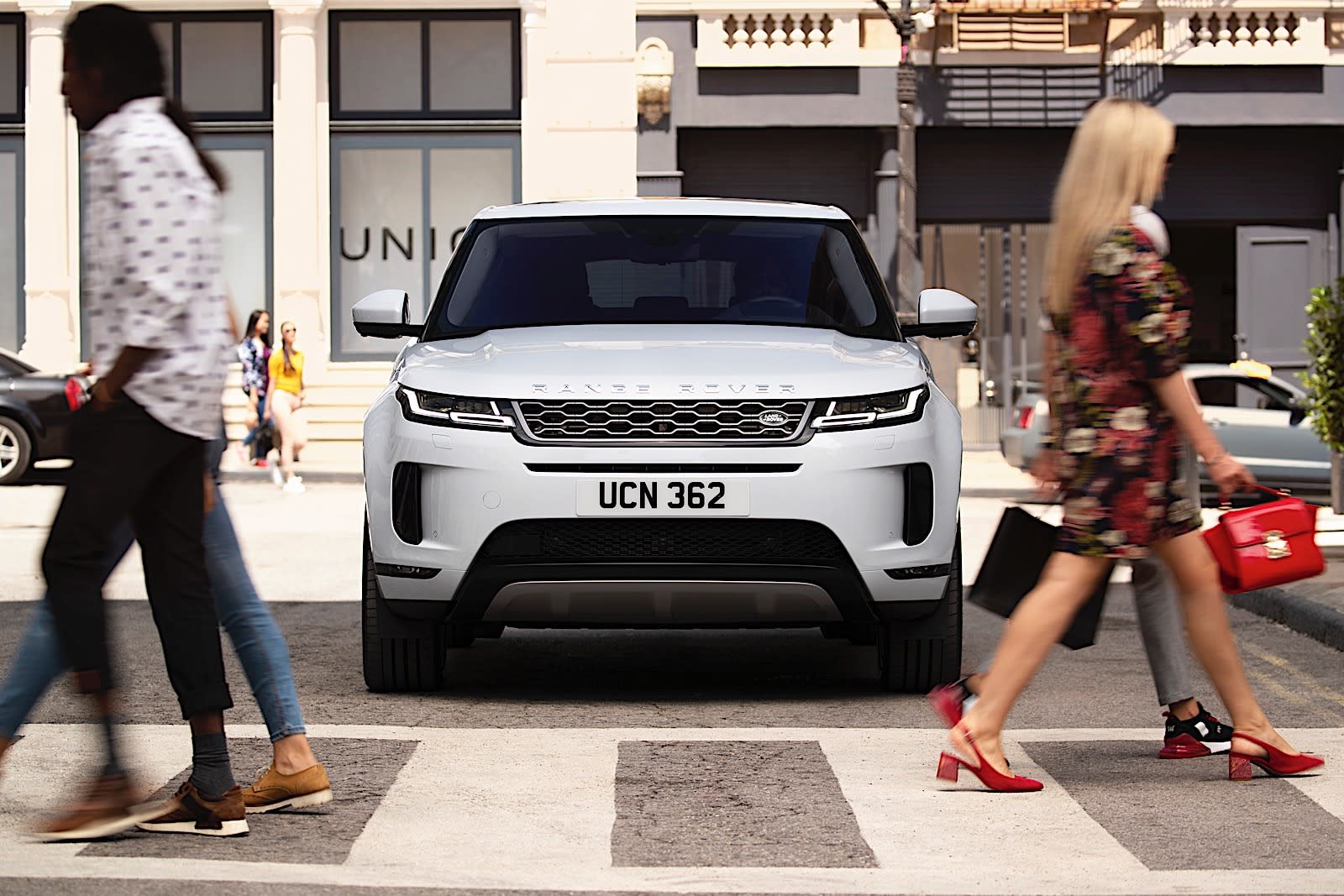 We still don't have word on pricing or availability on the new Evoque. Those details are being revealed at the Chicago Auto Show in February.

In this article: ClearSight, electricdrivetrain, EV, evoque, gear, MHEV, rangerover, regenerativebraking, SUV, transportation
All products recommended by Engadget are selected by our editorial team, independent of our parent company. Some of our stories include affiliate links. If you buy something through one of these links, we may earn an affiliate commission.