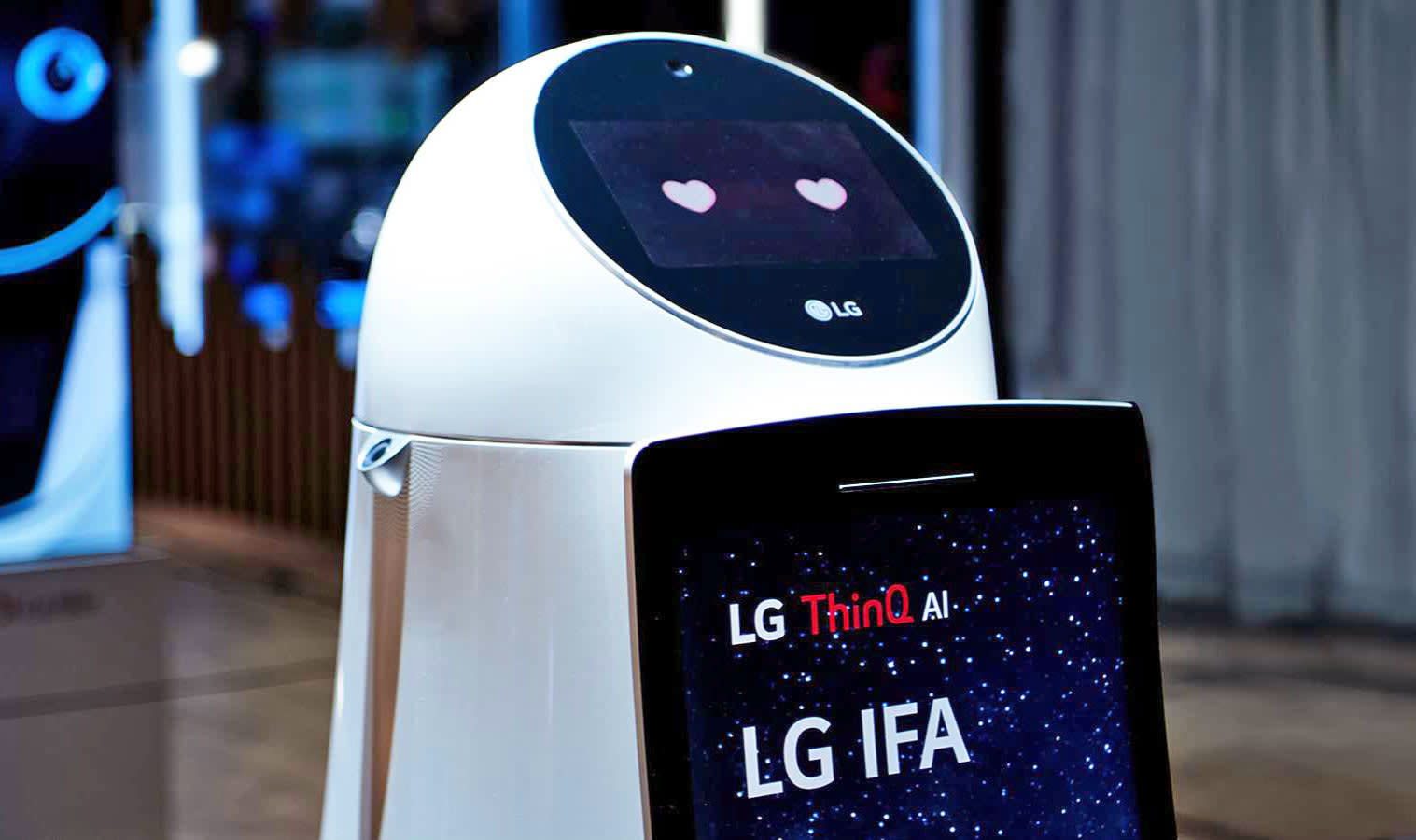 LG is shaking things up with a leadership change to its troubled mobile unit and the launch of two new divisions, dedicated to robotics and autonomous vehicles respectively. The company's smartphone arm has suffered seven consecutive quarters of operating losses. Hoping for a revival, LG is handing the keys to the division to its home entertainment boss, Brian Kwon, who takes charge starting next month.

As a result, its current mobile chief (Hwang Jeong-hwan) will now shift all his focus to his other role as head of the company's Convergence Business Development Office, while Kwon will also remain in charge of home entertainment.

"Mr. Kwon played a critical role in transforming LG's TV, audio and PC business into category leaders," LG said in a statement. "His knowledge and experience in the global marketplace will be instrumental in continuing LG's mobile operations turnaround."

The Korean electronics giant said the new units, called robot business centre and autonomous vehicle business task, were created to focus on strategically important sectors and will be overseen by its CEO.

LG's robots are already interacting with travellers at Seoul airport and its autonomous shopping carts are heading to Korean supermarket chain, E-Mart. Meanwhile, the company has dabbled in self-driving car tech in collaboration with Here maps and also teamed with Mercedes on auto-braking back in 2014.

The reshuffle will see its separate robotics groups for its home entertainment business and material and production research bunched together. It added that the driverless vehicles unit will focus on mid-to-long-term investment and research. Following in rival Samsung's footsteps, LG will also form a North America R&D Centre with a focus on researching AI for the US and Canada.

LG said the new structure will allow CEO Jo Seong-jin to hand over more of his daily responsibilities to CFO David Jung, freeing him up to focus on strategy and the company's plans for the future.

In this article: AutonomousVehicles, business, gear, lg, LgMobile, robotics, robots, SelfDrivingCar
All products recommended by Engadget are selected by our editorial team, independent of our parent company. Some of our stories include affiliate links. If you buy something through one of these links, we may earn an affiliate commission.