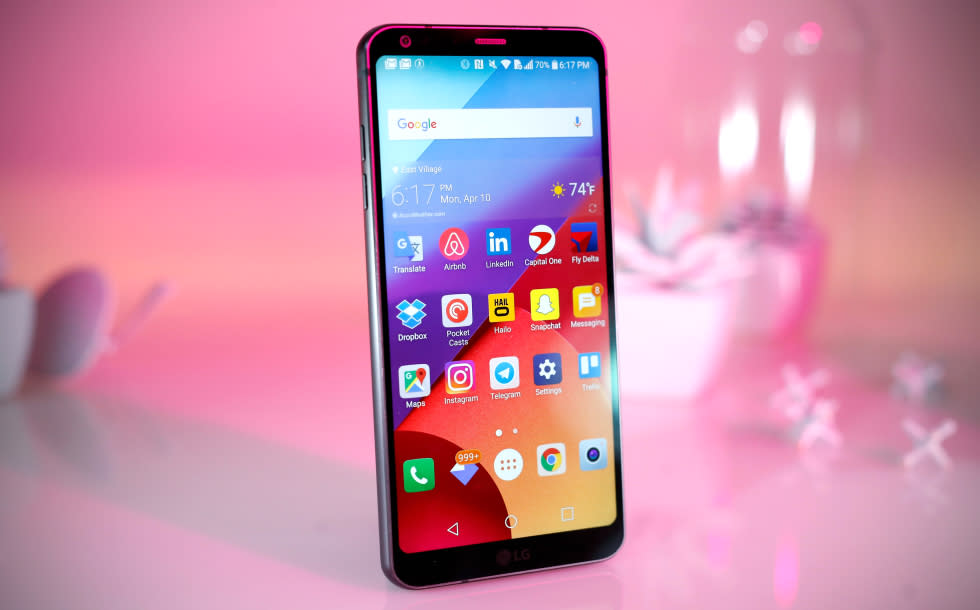 It's a testament to how topsy-turvy the mobile world is that a company can make its seventh successive quarterly loss and still feel good. That's because LG's mobile division, which managed to burn almost 500 billion Korean won in the last three months of 2016, has managed to stem the flow of blood from its neck. In fact, in the first quarter of 2017, the division managed to lose just 200 million Korean won, or $176,206.

The fact that LG's smartphone division now almost breaks even is a huge deal, considering how much money it's been losing of late. In the fourth quarter of 2016, mobile losses were so steep it actually wiped out all of the profit that the other parts of the business made. Thankfully, LG has bounced back, and is reporting overall revenues of 14.66 trillion KRW (around $12.7 billion) and net profits of just over $736 million.

As for the rest of LG, the company is doing well in the home appliance, air conditioner and home entertainment markets. The nascent vehicle components arm still remains a loss maker, but executives believe that R&D spending now will be offset with profits later. Not to mention that the company still has a successful partnership with Chevy producing components for the Bolt.

LG believes that the cost cutting measures it took in its mobile division last year, and the recently-released G6, will help it avoid hefty losses in the future. That said, the company also concedes that devices from other players -- hint: Samsung and China -- will continue to be obstacles in its way to future profitability. We've often asked if LG needs to cut its losses and get out of the mobile business, although if losses remain this small, the answer is probably 'no.'

In this article: 2017, business, Financials, G6, gear, Korea, lg, Losses, mobile, Q1
All products recommended by Engadget are selected by our editorial team, independent of our parent company. Some of our stories include affiliate links. If you buy something through one of these links, we may earn an affiliate commission.