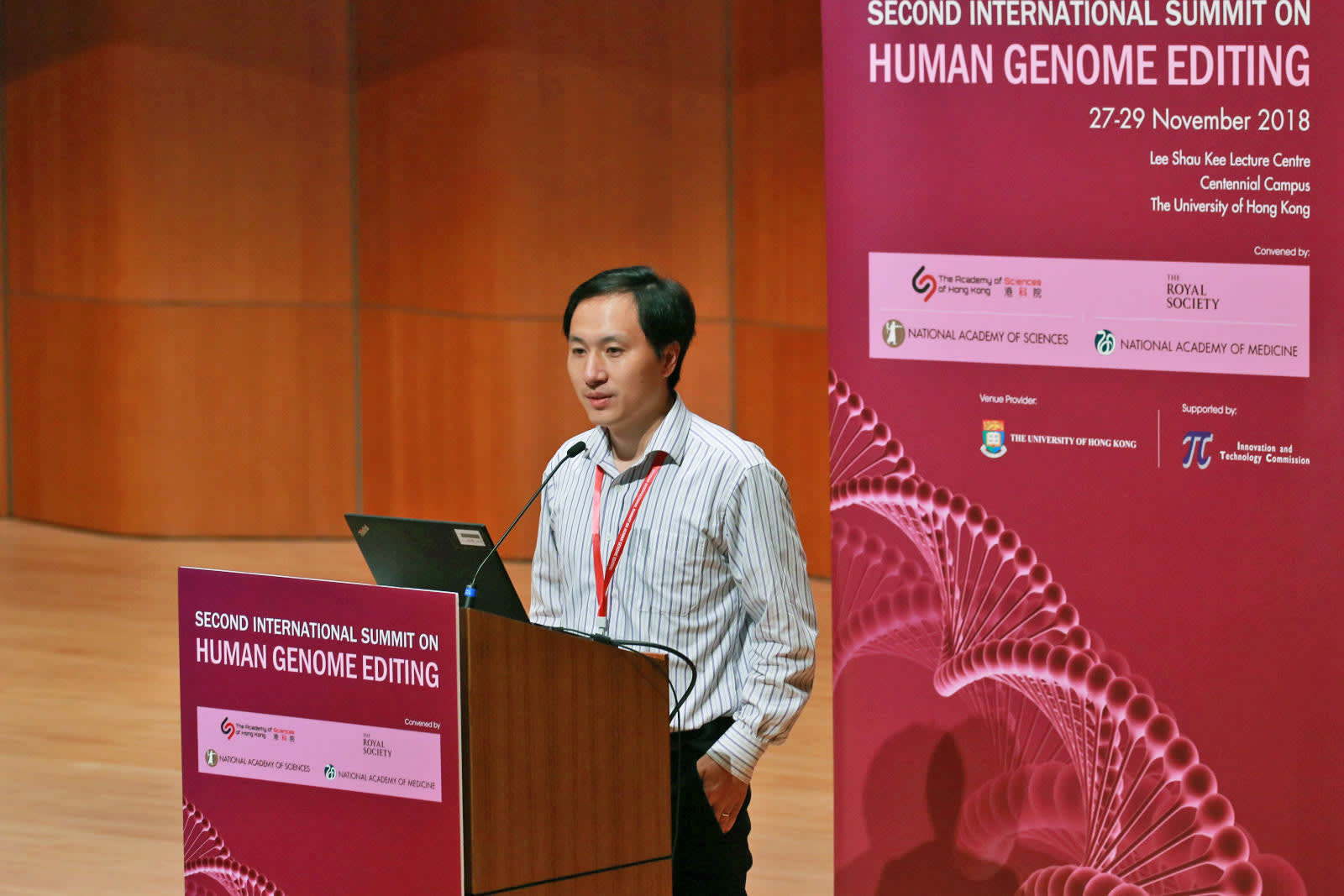 The scientific community and the world at large were rocked this week when researcher He Jiankui claimed he had created the world's first genetically edited babies. Using CRISPR/Cas9, He says he edited the genes of twin girls, Lulu and Nana, in order to make them more resistant to HIV. But He's work has been met with severe backlash as scientists around the world have called it irresponsible and unethical while emphasizing that CRISPR technology is not yet ready for human embryos since associated risks are not fully understood. Now, the Associated Press reports that China's government has put a hold on He's work.

The country's vice minister of science and technology, Xu Nanping, told state media outlet CCTV that the government was opposed to what He had done and said an investigation would soon be underway. Xu said He's work "crossed the line of morality and ethics adhered to by the academic community and was shocking and unacceptable."

He spoke at a conference this week in Hong Kong, providing a small -- and so far only -- look into what exactly his experiment entailed. But the AP reports that he has since left Hong Kong, saying through a spokesperson, "I will remain in China, my home country, and cooperate fully with all inquiries about my work. My raw data will be made available for third party review." He has not yet published his work or shared his data, contributing to the concerns shared throughout the scientific community.

What he did share at the conference on Hong Kong has led some to question the success and the safety of his experiment, though it's hard to really determine what happened or how well it worked without a full set of data from He.

The organizing committee of the conference has released a statement about the matter, calling for a forum on this type of research and encouraging scientific groups to formulate guidelines to govern its use. It also emphasized that its members believe germline editing is still too risky to be done at this time.

"At this summit we heard an unexpected and deeply disturbing claim that human embryos had been edited and implanted, resulting in a pregnancy and the birth of twins," the committee wrote about He's work. "We recommend an independent assessment to verify this claim and to ascertain whether the claimed DNA modifications have occurred. Even if the modifications are verified, the procedure was irresponsible and failed to conform with international norms. Its flaws include an inadequate medical indication, a poorly designed study protocol, a failure to meet ethical standards for protecting the welfare of research subjects and a lack of transparency in the development, review and conduct of the clinical procedures."

In this article: china, CRISPR, Ethics, gear, GeneEditing, medicine, research, tomorrow
All products recommended by Engadget are selected by our editorial team, independent of our parent company. Some of our stories include affiliate links. If you buy something through one of these links, we may earn an affiliate commission.