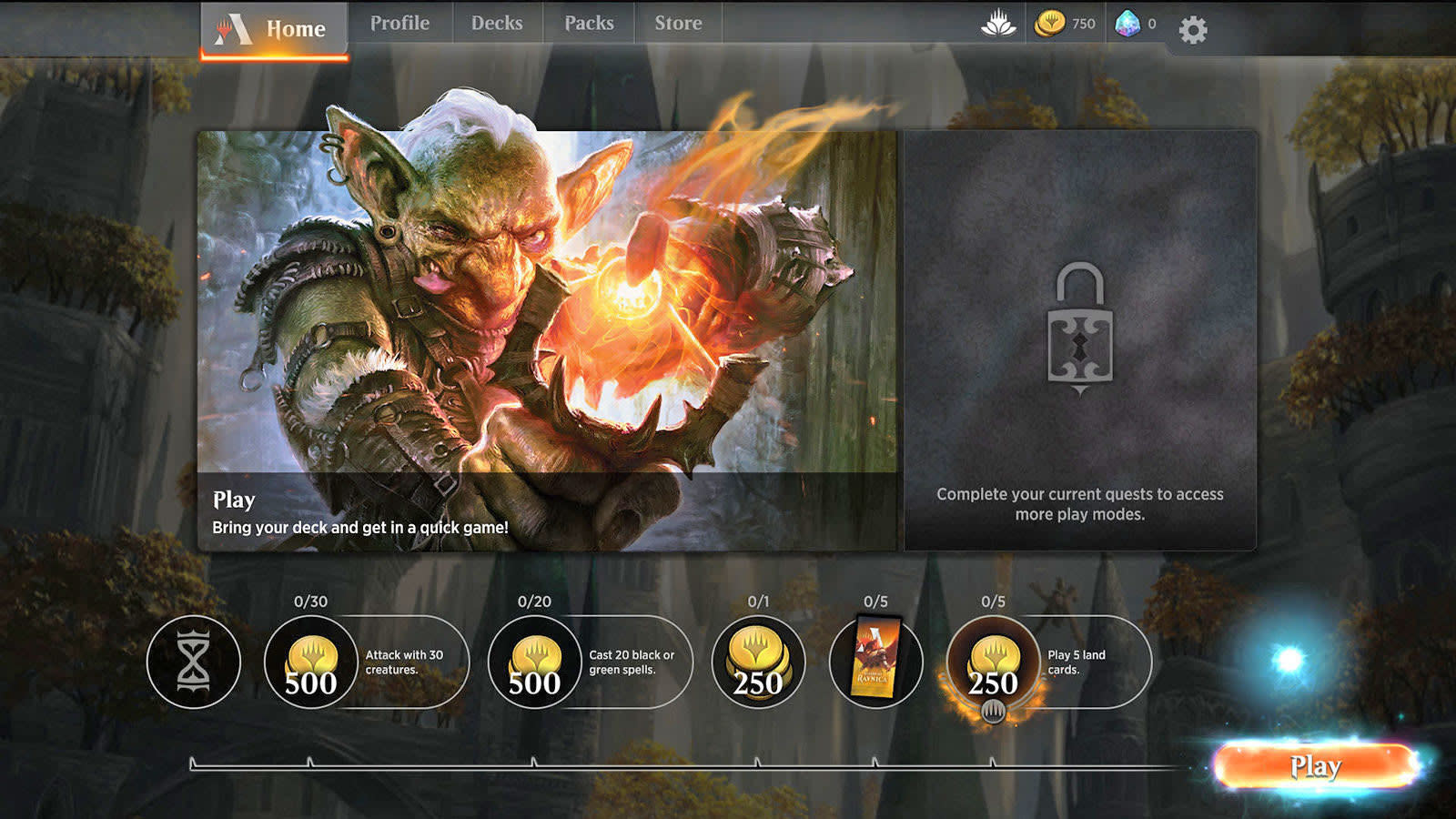 Magic: The Gathering, which counts over 35 million players worldwide, will get an esports league with a combined $10 million in prize money, Wizards of the Coast (WOTC) and Hasbro announced. The Magic Pro League (MPL) will cover both the tabletop games and Arena digital PC version (still in public beta) and count 32 of the world's top players.

Players will compete in weekly games and major "Mythic Championship" tournaments, and receive $75,000 contracts with prize money on top. (WOTC will reveal details about how players can join the league early next year.) The first Mythic Championship will launch during PAX East at Boston in 2019 with a $1 million purse.

Entering esports will provide a few major benefits for Magic: The Gathering, its backers believe. "We are fully embracing esports and affirming Magic as a leader in the collectible card game category while providing lucrative opportunities for pros, players, sponsors, and esports partners," said Wizards of the Coast president Chris Cocks.

With card games like Hearthstone gaining popularity and new games like Valve's Artifact coming soon, it seemed like a logical time for one of the longest-running tabletop games (it's been around since 1993) to launch an esports league. It should also be a boon to the players, said WOTC. "Our investment in esports will catapult the game to new heights while providing support to the players by giving them the platform to build their brand and bring Magic to a broader audience."

In this article: 10million, business, esports, gaming, Hasbro, League, MagicTheGathering, wizardsofthecoast
All products recommended by Engadget are selected by our editorial team, independent of our parent company. Some of our stories include affiliate links. If you buy something through one of these links, we may earn an affiliate commission.