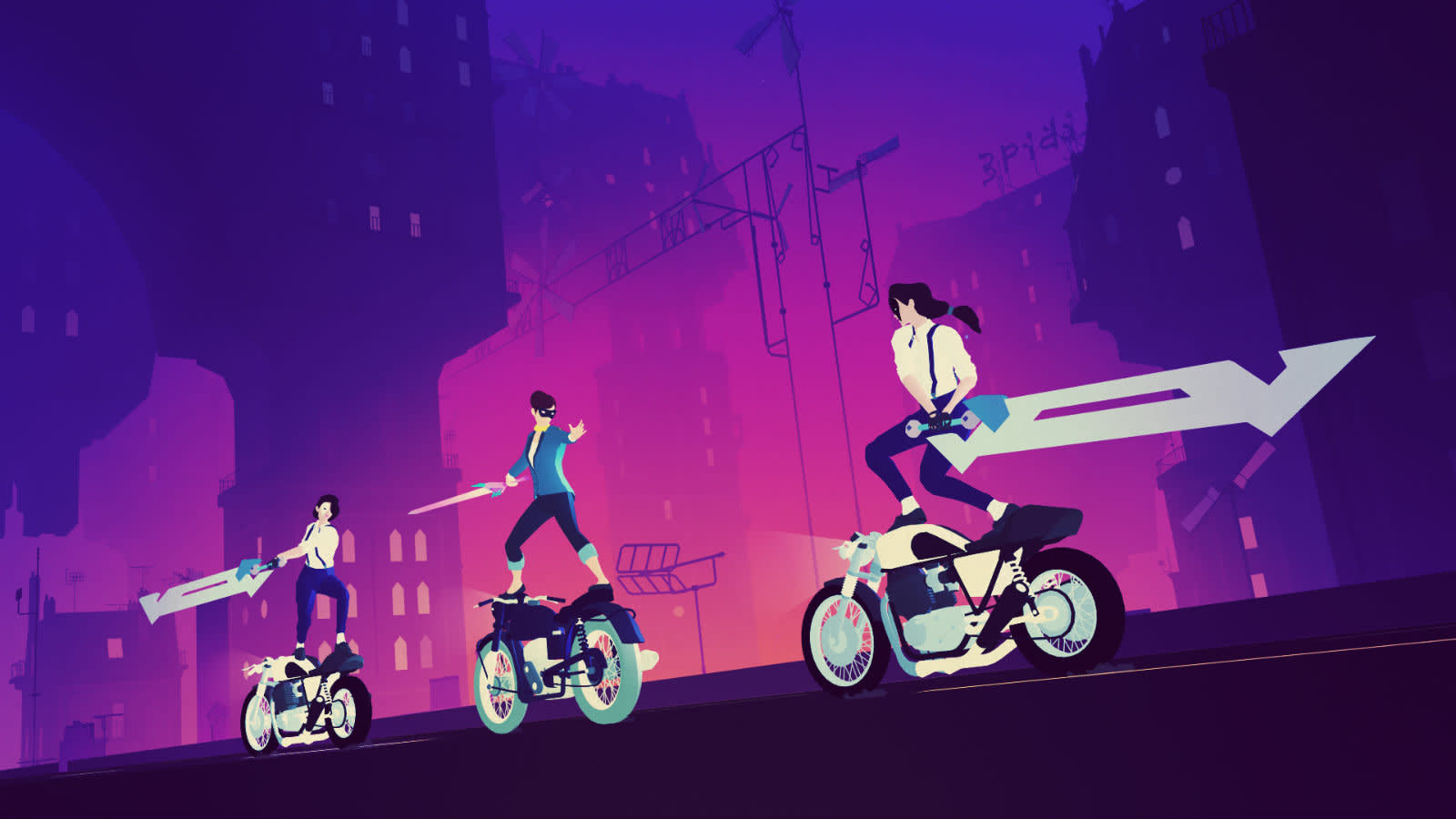 Cult Swedish developer Simogo is making its first game for the Nintendo Switch in Sayonara Wild Hearts, a glam arcade title that dances to its own musical beat. The trailer dropped during The Game Awards on Thursday evening, serving as an introduction to the game's eclectic cast of characters based on tarot cards.

You play as The Fool, the alternate dream-identity of a heartbroken woman who happens to be a masked biker. It gets crazier. As The Fool, you venture on an interdimensional quest -- set to an original electro-pop soundtrack -- to find and break the hearts of rivalling bikers. Judging by the clip, you'll encounter three-headed beasts, take part in dance-offs, and even jump off your motorbike to try your hand at skateboarding side-quests.

If you still have no clue what it's about, you're not alone. According to Simogo, the "pop album video game" pulls from dance, fashion, anime, arcade games and subcultures. The quirky results make it a nice fit for the Switch, which is home to indie oddities like Japanese roll-em-up Katamari Damacy Reroll and co-op puzzler, Pode. Simogo is primarily known for mobile games, including critically-acclaimed titles Year Walk and Device 6. Nintendo's hybrid device also provides the developer with a fitting launchpad into the world of console gaming.

Sayonara Wild Hearts hits the Switch, and other as-yet unrevealed platforms, some time next year.

In this article: av, gameawards18, gametrailers, gaming, nintendoswitch, sayonarawildhearts, simogo, thegameawards2018, trailer
All products recommended by Engadget are selected by our editorial team, independent of our parent company. Some of our stories include affiliate links. If you buy something through one of these links, we may earn an affiliate commission.