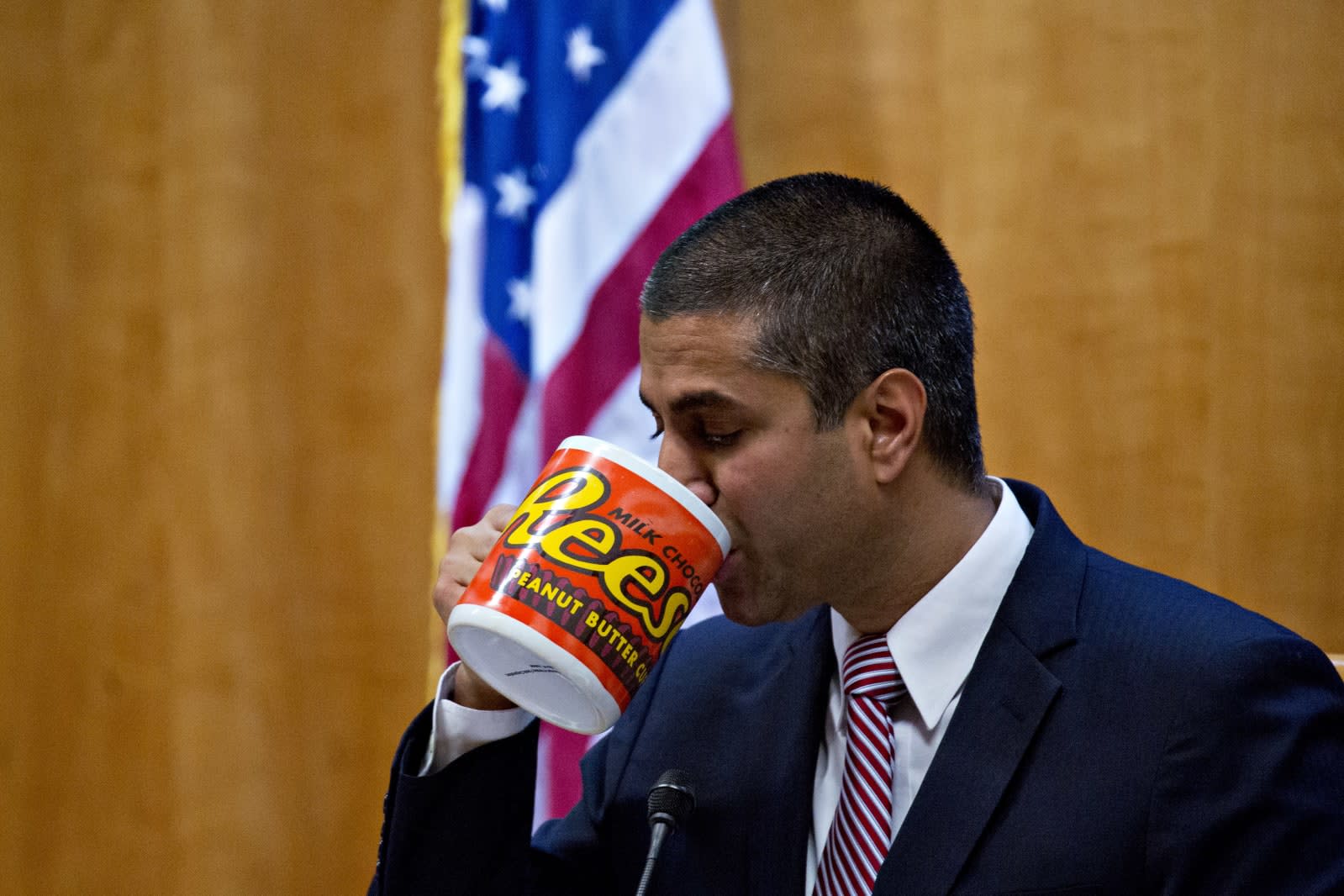 The scrutiny over fake net neutrality comments appears to be intensifying. Sources talking to BuzzFeed News said the Justice Department is investigating whether or not there were crimes when people posted millions of bogus comments on the FCC's net neutrality repeal, stealing many people's identities in the process. The FBI reportedly subpoenaed at least two organizations for information "a few days" after New York state did for its own investigation, according to the insiders.

FCC Chairman Ajit Pai has acknowledged that about 500,000 of the comments were tied to Russian email addresses, but the agency under his leadership has so far refused Freedom of Information Act requests for server logs that could help reveal the people responsible for the fake comments. The FCC claimed that the data could expose the US to cyberattacks, but Commissioner Jessica Rosenworcel argued that the regulator is merely trying to "hide" behind FOIA exemptions.

More than half of the nearly 22 million comments were fake, according to one study, and only 17.4 percent were unique. Many of them repeated the same pro-repeal messages almost verbatim, and many of them used fake email addresses from a handful of domains. On top of what looks to be Russian meddling, there are concerns that telecoms or anti-regulation groups may have flooded the comments with fake grassroots support to make it seem as if the public was on their side. Most of the genuine comments opposed the repeal.

In this article: comments, corruption, crime, departmentofjustice, fbi, fcc, gear, internet, JusticeDepartment, netneutrality, politics, regulation, verizon
All products recommended by Engadget are selected by our editorial team, independent of our parent company. Some of our stories include affiliate links. If you buy something through one of these links, we may earn an affiliate commission.